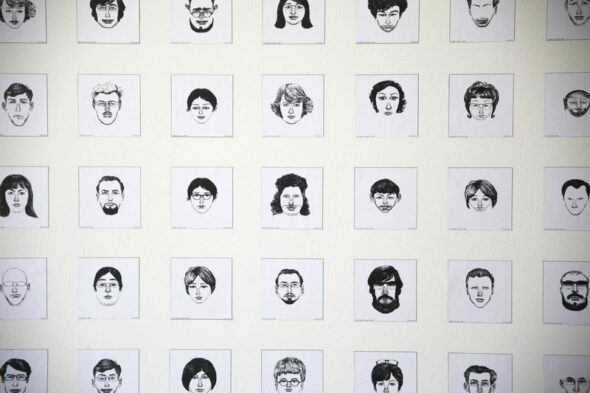 The title of the newest group exhibition at LEAP, You Might Be A Dog, comes from a New Yorker cartoon from the 1990s. In it, one dog sits at a desktop computer, and speaks down to his fellow canine, saying “On the internet, nobody knows you’re a dog.”

Simple yet silly, it sums up the paranoia that initially came in waves with the rise of the world wide web and can still be paralyzing today. With the advent of chat rooms, the TV show To Catch a Predator, and friend requests from strangers, we are constantly trying to balance expressing our identity with protecting it.

Though the theme of the show at LEAP seems a bit gimmicky, the sheer variety of perspectives on human relationships with the so-called cyber age prevents the show from seeming repetitive. Simple yet effective pieces, such as web2.0 suicidemachine by Gordon Savičić, criticize the easy mistake of assuming our web life as our real one. His video shows the actual service at work. The machine, actually banned from Facebook since 2010, deletes “friends” one-by-one. This cheekiness — that we may think of shrinking our number of Facebook friends as a type of social suicide — is a common approach for many of the artists. 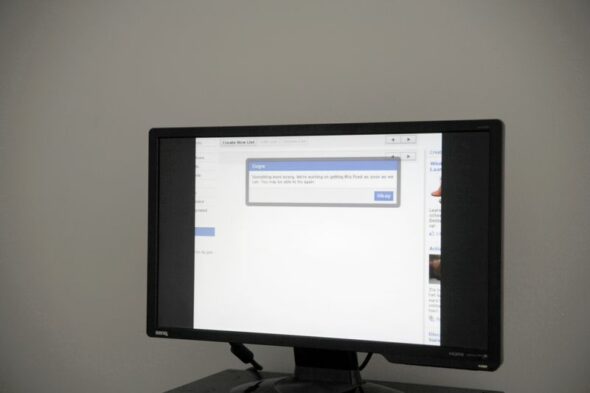 Satire is most energetic, absurd, and effective in the work of self-proclaimed “famous” new media artist Jeremy Bailey. In his three videos presented on iPads, we hear pitches from the artist for solutions to our current “problems” in marriage, creativity, and television. In the first, he introduces himself: “I’m here as my wife as a unicorn! That’s pretty unique, right?”

He overlays a video of his wife with a pink and purple unicorn jaw, a horn on her forehead, and two globular eyes. Pearly rainbow balls bounce back and forth near her head, meant to be a more aesthetically pleasing way of representing the flies that are constantly buzzing around horses. A rainbow mane ruffles by her right ear. But the voice talking from the unicorn’s mouth is Bailey’s, blabbering about this invention, to solve “a lot of women’s modern problems,” such as staying beautiful while aging. With his invention, she “doesn’t have to worry about thinking about stuff, she can just focus on being beautiful.”

But don’t worry, his wife can still express herself, by drawing with her unicorn horn in rainbow colors that express her mood. She demonstrates this, as she bobs her head to Miley Cyrus. Bailey’s work so extremely parodies our laziness that we find ourselves giggling, but along with these theatrics we understand a strong critique of the overload of technology in our everyday lives and how much we seriously value what we call new media. 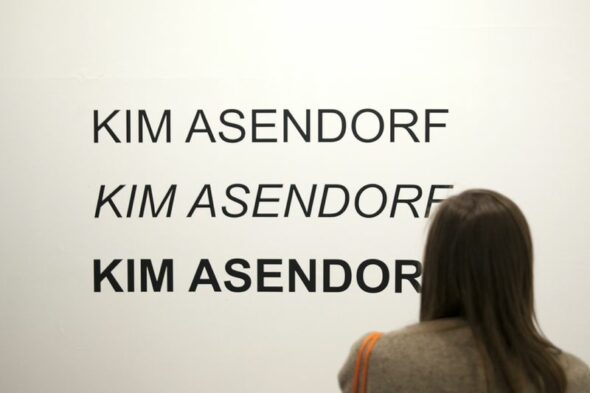 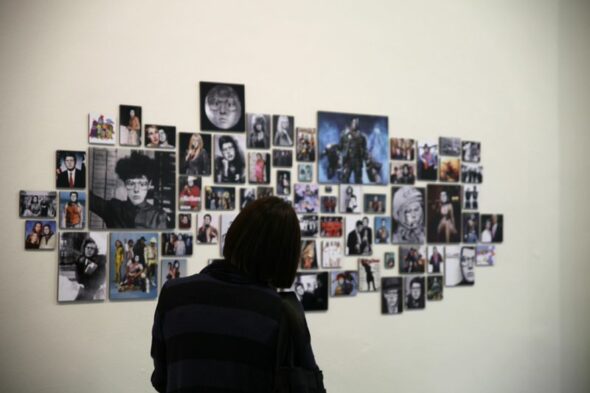 That we can already discuss how memes, gifs, and selfies have developed and come into existence in the past decade or so says much about the accelerated rate at which we now operate and demand new technology. By placing different visual web representations of self in a gallery setting at LEAP, we examine them rather than immediately accept them. Kim Asendorf’s version of a self-portrait involves presenting his name in his own font. The show’s curator, Teresa Dillon, has her own piece ADIP, consisting of more conventional computer photos of herself on the wall, with another set of the same images in a pile of shreds on the floor below. Olia Lialina’s selfie gif shows the artist on a swing with a plain gradient background, serene yet fragile, as it is only possible when all 24 servers (as seen in the browser bar) are on and coordinated. 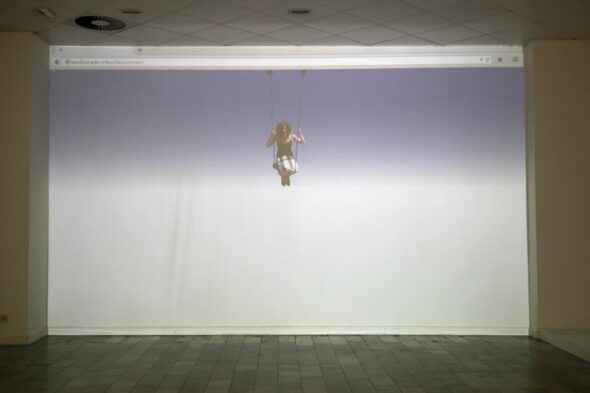 Heath Bunting’s Self-portrait seems devoid of human image or touch at first, as it consists of a data map of his personal traits, such as nationality. But he inserts humor, including phrases like “able to check appropriate boxes.” With all these different modes of presentation, no two of the 16 artists have similar pieces in the show, even though they all address the same theme of broadcasting the self. Though many criticize selfies as a product of vanity, at LEAP it’s more about the creativity that we can explore, laugh about, and use to form relationships with others. Yes, it’s hard to know who is behind many of these performed net personalities, but much of the time we form relationships and attachments to each other through these creative platforms, rather than alienate one another.