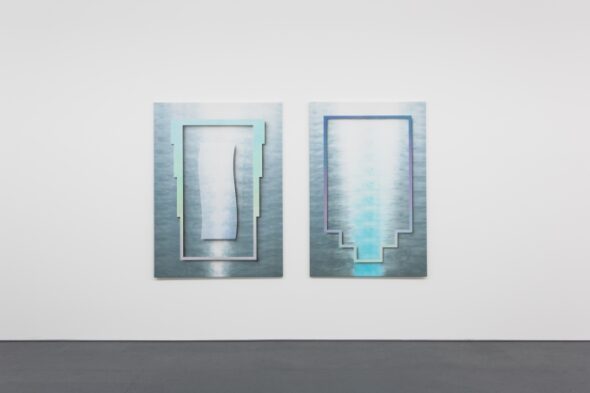 American artist Evan Gruzis’ new solo show is his fourth one at DUVE Berlin, and it shows his range and development as an artist. His work has become more abstract and cohesive, demonstrating mindfulness of his progression and reception as an artist.

Frankly, Gruzis’ evolution has been impressive. Gone are the palm trees and wayfarer sunglasses of his earlier work. The 80s fonts and neon have been refined into his sophisticated optical illusions. We still easily notice the artists’ flashiness in the hallucinatory canvases and outer space aesthetics, but now his paintings consist of clean lines and mathematical deliberateness. His painting Satin Dragon (2014) looks like a geometric snakeskin, with subtle waves of rectangles that morph with its change in direction. It seems to shift as we look at it. 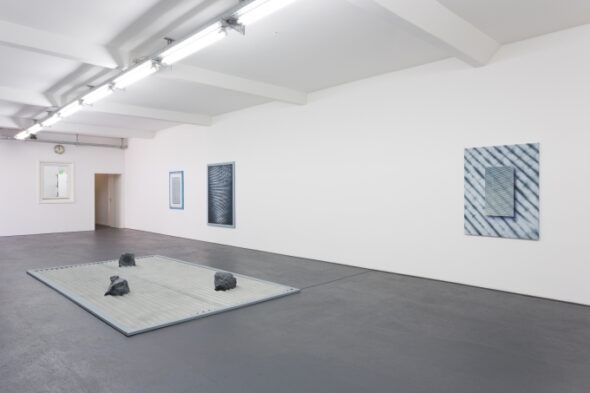 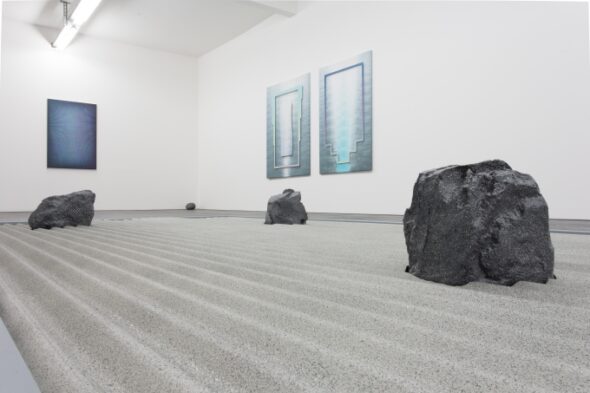 The title of the show, *Atavistic Zen* seems misleading. There is the clear reference to what we associate with the stereotypical ‘zen’ lifestyle or mindset, found in the image of a raked sand garden as the center installation. But the garden is a fan-like folded sheet of speckled metal, and the rocks in the garden are speakers whose drones contribute to the trance-inducing environment.

The work is visually addictive and hypnotic. Gruzis uses the somewhat empty imagery of tie-dye, teenage beach culture, and tacky vivid 80s color schemes to intrigue the viewer straight away — however, the artist seems to be very self-aware. The layers of textiles, especially in Virtual Light (2014), create a hazy, almost magnetic or radioactive glow that resonates from the canvas. The resulting textures from this technique lend themselves to the alluring visuals, yet also end up as a sort of study in material. Two-Piece (2014) is surprising, with its look of a default marbled screensaver and its sharp graphic edges. Framed within the context of a gallery, this mundane pattern is now examined as a calculated repetitive expression. 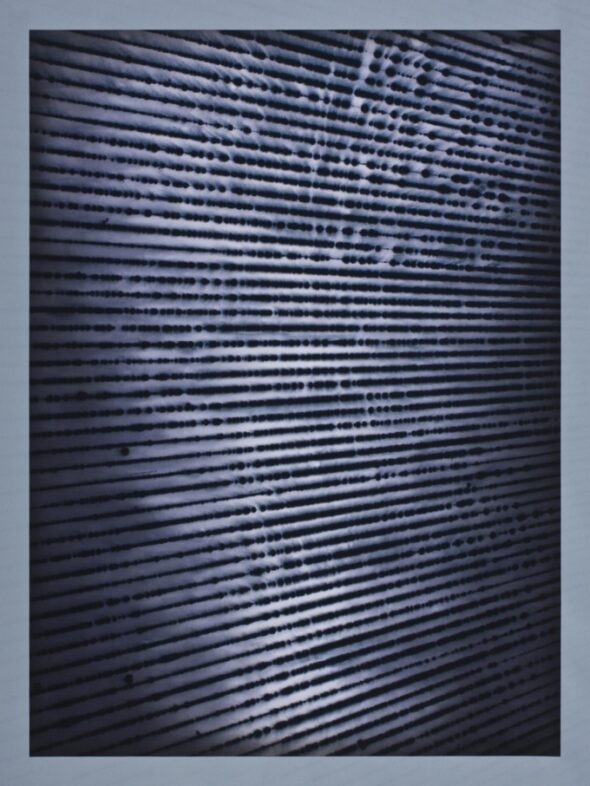 On one hand, we see these canvases as manufactured products because of their very intentional shapes and familiar standardized patterns. On the other hand, the canvases are conscious abstractions and are very self-contained in that the viewer does indeed get caught up in the piece and held there. 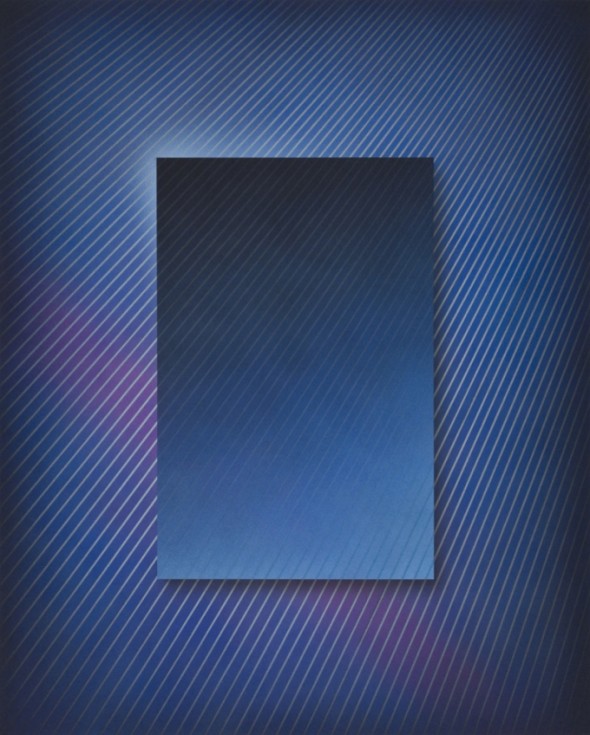