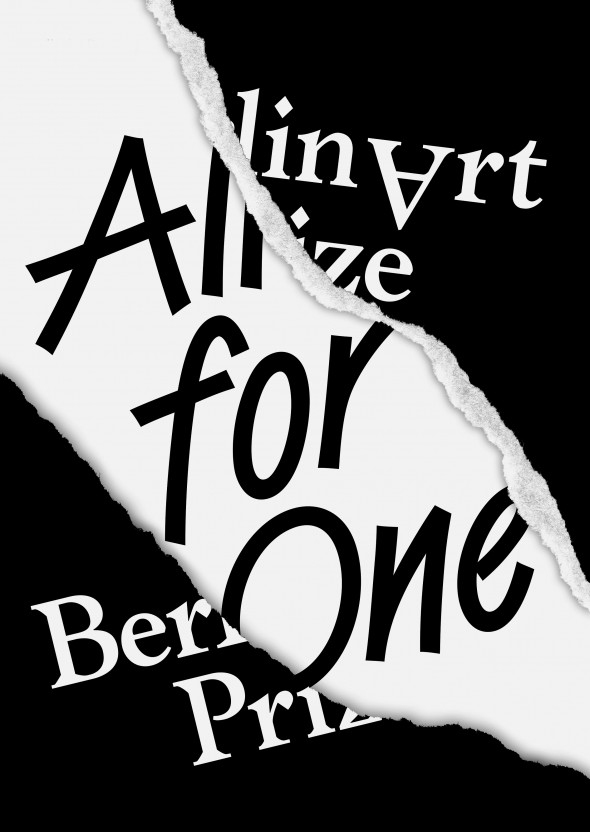 The Berlin Art Prize is only in its second year, but this time around had to pick 30 artists out of 1,200 applicants to present artwork in a show opening on Saturday. The Prize is described on the website: “In this match, art is all that counts” — as opposed to the inevitable nepotism that can come with such awards.

The artists are judged anonymously by a jury of culturally in-the-know figures such as artists, curators, professors, and critics. Three categories are decided: Best Composition, Best Concept, and Jury’s Choice. The first relates to the visuals of a work, the second, concept, and the third represents an artist’s work, without necessarily clinging to only one of the previous categories.

At the award ceremony on Saturday, three artists will be named winners of the award, receiving a one-month residency in Tbilisi, Georgia, prize money, and a trophy created for the occasion by artist Markus Selg. The event will also kick off the two-week exhibition from the short-listed artists at Kühlhaus Berlin, featuring catering from artist — also known for his food performances — Max Frey and DJ sets well into the night by Marlene Stark, jury judge Cosima von Bonin, Justus Köhncke, Dirk von Lowtzow, and Steev Lemercier/WIKIMIXXX.

The awards ceremony, exhibition, and subsequent programming are all free and open to the public. Workshops, lectures, flash exhibitions, readings, and performances are just a few of the events running until June 28th, 2014. 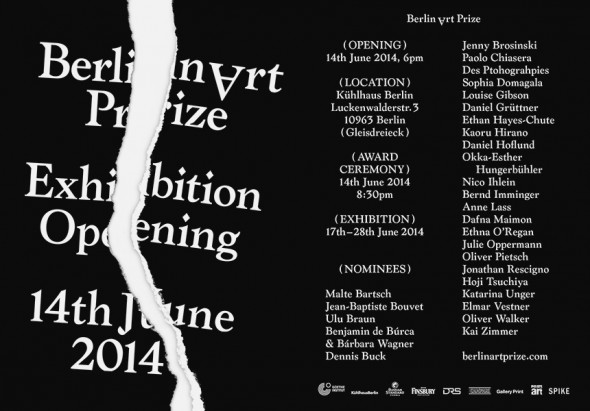