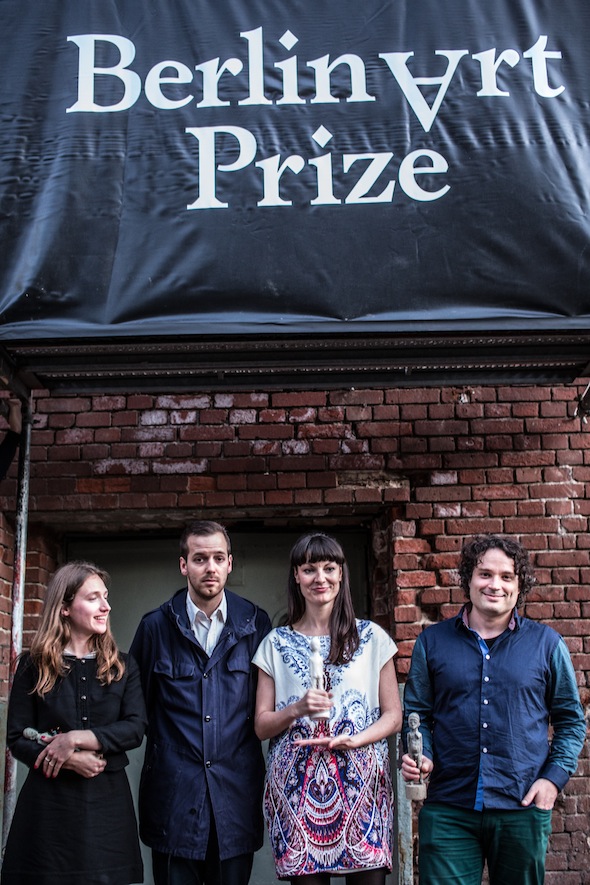 The Berlin Art Prize opened its doors and announced its winners all in one evening on Saturday 14 June. This is the second edition of the prize, which was launched in 2013 and the only award of its kind in Berlin supporting contemporary artists and judged by a panel of arts professionals. The jury members included artist Cosima von Bonin, art critic Kimberly Bradley, artist and professor Judith Hopf, artist Egill Saebjörnsson and curator Nicolaus Schafhausen. The independent and culturally respected group of judges chose prize winners “blind”, taking into account only artistic ability. Located in an industrial warehouse space at Kühlhaus Berlin, the exhibition spans the fourth floor space with plenty of room for the twenty eight nominated artists to show their submissions. An open call was put out to all Berlin based artists on 15th March 2014 to apply with a quick turnover of applications for the exhibition from June 14 to July 27 2014. Mediums were widely represented from video, to ceramics and painting and the exhibition was balanced in its range of themes, dimensions and intrigue. Three main categories of prize are intentionally simple and broad to encompass the widest range of interpretation in alignment with the art they represent, which should be approached with an open mind. Prizes include a trophy designed by the artists Markus Selg, award money and a one month residency in Tbilisi, Georgia in collaboration with the Goethe Institute. 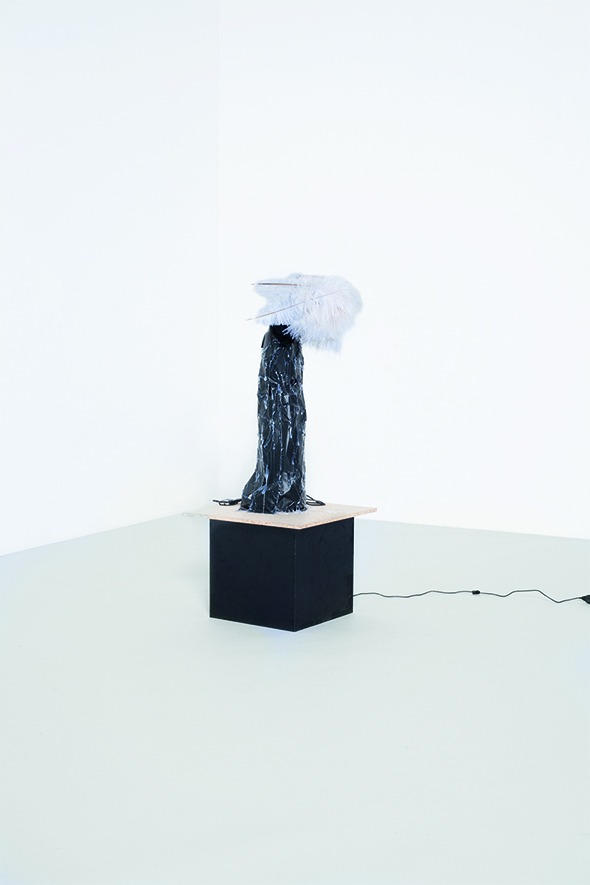 One work which attracted a seated and standing crowd on the opening evening was Ulu Braun‘s FORST (2013). This 10 minute single channel video collage was the winner of the prize for Best Composition, a prize focussing on visual components. The work is a narrative of layered footage which unfolds in a forest setting. A race is taking place and runners, film crews, animals and children all take part, in a fuzzy bubble of motion which unravels like a lucid dream. Stolen frames from fantasy lands are grafted into a new environment of saturated colours and the experience is surreal and confusing.

Reeling in the opposite corner of the exhibition, another video work, Jonathan Rescigno’s Berlin Answering (2014) projects an unravelling documentation of Berlin’s U-Bhan system, offering a raw reality in contrast to Braun’s work. Hoji Tsuchiya‘s two animation films, The Singing Line (2013) and Black long-skirt, (2010) again represent another side of video. The artist uses techniques with paper, ink, water, cut-outs and photocopying in a highly skilled assemblage which plays out into a decorative and intricate narrative.

The winner of the prize for Best Concept which addressed concept was Des Ptohograhpies with Roche 1-V (2012), a series of photographs of mouldy blocks of cheese with a stone marble effect background. Colours clash aggressively and the juxtaposition of the two opposite materials (chalk and cheese) with the same veiny effect is witty. Winner of Jury’s choice was Okka-Ester Hungerbuhler, with her sculpture, Blume (2014) which is a clumsy object created from adhesive foil, newspaper, wood and acrylic, and the battery operated flower opens up to a viewer who walks by.

Receiving an honourable mention, humorous photographs by Daniel Hoflund, particularly the mirror mounted found object, a stamped library book page, titled Inside the Bell Jar (The Bell Jar) (2012) and a photograph of a library titled Inside the Bell Jar (Färjestadens Bibliotek) (2012) are both well composed and presented. Another work, St. Sebastian (2012) is a montage of Tupac photographs on the theme of blue smoothly presented directly on the wall. 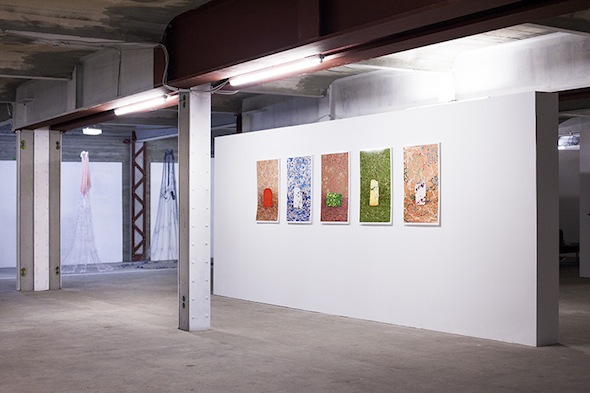 Experimental and vibrant in line with the city of Berlin, the Berlin Art Prize exhibition is successful in presenting a survey of artists early on in their careers, useful as a gage for arts practitioners and art lovers alike in calculating the current mood and forecasting the future developments of the emerging contemporary art scene in Berlin.