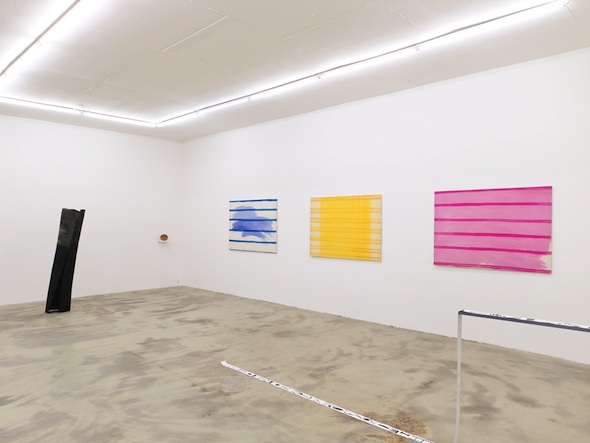 Wanton Mobility describes the excess of the ‘Anthropocene’ epoch: exorbitant travel, natural and manmade disaster, overconsumption, and its corollary debris. Emerging curator Arielle Bier gathers together these disturbing trends into a highly conceptual exhibition, on display now at KLEMM’S Galerie in Kreuzberg.

The context of the show is perhaps not immediately evident but with some small attention to detail the pattern emerges in full force. The wall opposite the entrance holds three batik textile prints by Fiona MacKay, the fabrics mimicking those found on beach lounge chairs. The brightly coloured, striped canvasses allude at once to the traditional dyeing technique, most commonly practiced in Indonesia, and problematize our associations with far-away beach vacation destinations. 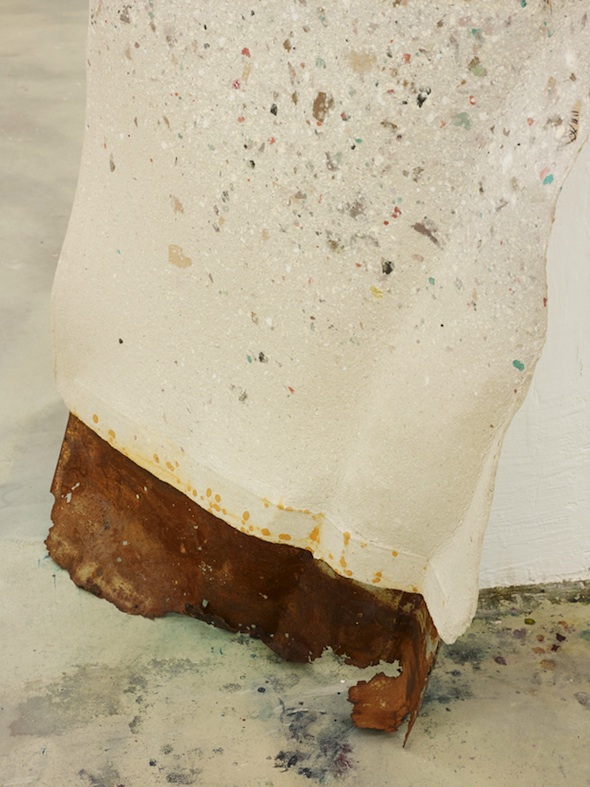 These works tie together the oceanic theme of the show, flanked on either side with paper works by Molly Smith and Lisa Williamson. Smith recreates seashells and barnacled boat debris with crepe paper and recycled paper pulp. Williamson’s A Highly Articulate Step (2011) acts as an infinite scroll descending from the gallery ceiling and revealing a series of contemporary hieroglyphs.

Alisa Baremboym‘s Lox Luggage (2012) is perhaps one of the more literal works: she has shrink wrapped a rolling suitcase, covered in a salmon ink design on cotton. The luggage is filled with cans of fish, the contours of which poke through the shrink wrap, threatening to burst. The piece shows quite starkly the relation between travel, consumption, and, the politics of food distribution. 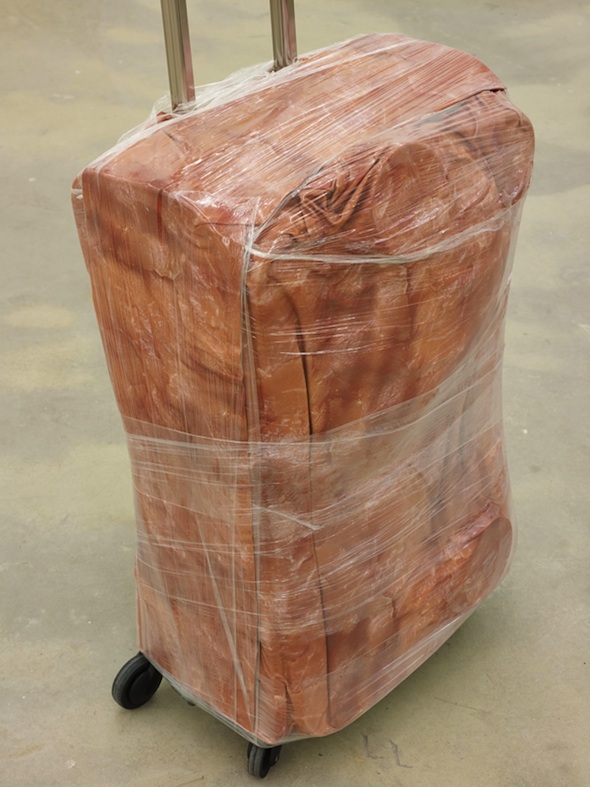 More abstractly – but sticking to the fish motif – Keltie Ferris‘s Filet (2013-14) connects the artist’s body to food consumption – not as the consumer but as the consumed. Ferris has imprinted her clothed body onto paper, the buttons and folds of her shirt giving her a disturbing fish-like spine.

The so-called ‘Anthropocene’ has become a well-worn trope in the art world of late, with a full two-year program in its honour at Berlin’s Haus der Kulturen der Welt. While interesting in its own right, from an ecological perspective, the concept tends to lack political edge when transposed into aesthetics. A more nuanced critique might suggest that capitalism and its attendant relations of power and production are responsible for the epochal shift toward this disastrous environmental impact. Yet, framing it as the fault of ‘humanity’ as an undifferentiated whole presents a more palatable story. A recent article Anthropocene or Capitalocene? explores this scapegoat narrative sweeping academics and the art world. 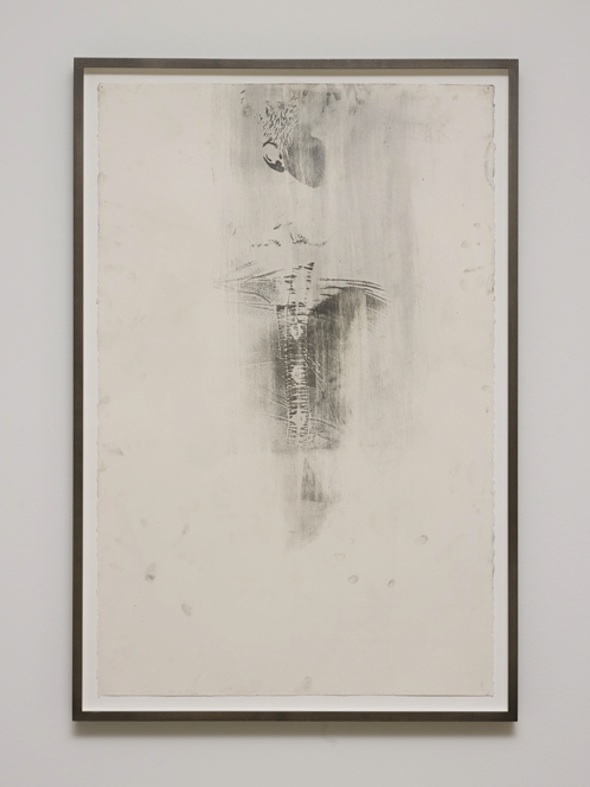 Despite this conceptual criticism, the works presented in ‘Wanton Mobility’ have an aesthetic congruity that emerges seamlessly whether or not the viewer has been informed of the larger theme. The composition of the show, while at times heavy-handed, transports visitors to oceanic vistas, while simultaneously complicating any uncritical relationship to the sea as a mere thing of natural beauty.