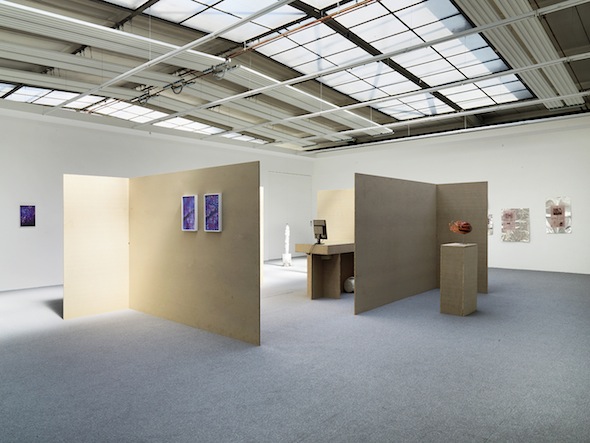 On one end, a giant squid; on the other, a collection of messages coded in newspaper clippings, a dripping oily fountain, and technicolor cells. At first glance and without background information, walking around the space of Johann König can feel a bit fruitless. But underneath the surface of both Tue Greenfort and David Zink Yi’s works are the inquiry and exploration of two worlds through two exhibitions: the one we see and experience, and the invisible one, that when revealed to us provokes questioning of our familiar world. 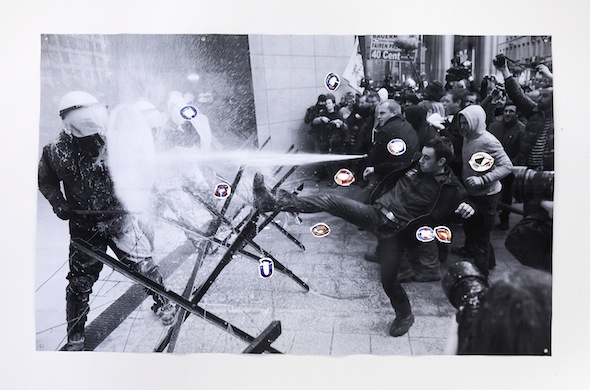 Before entering the main gallery space (Tue Greenfort’s exhibition, VIS VITALIS), one is first confronted by a blown-up photograph of a protest, an image that immediately feels more symbolic than a representation of a specific time and place. Images of the Arab Spring, of protests in Ukraine and in China, of the marches on Wall Street, or even in Berlin twenty five years ago come to mind. Images like this have become allegories, transcending their original contexts into the collective unconscious. But this particular image has an additional element that is not familiar, the meaning of which is unclear. The photo’s black and white surface has been splashed with a blob of technicolor. 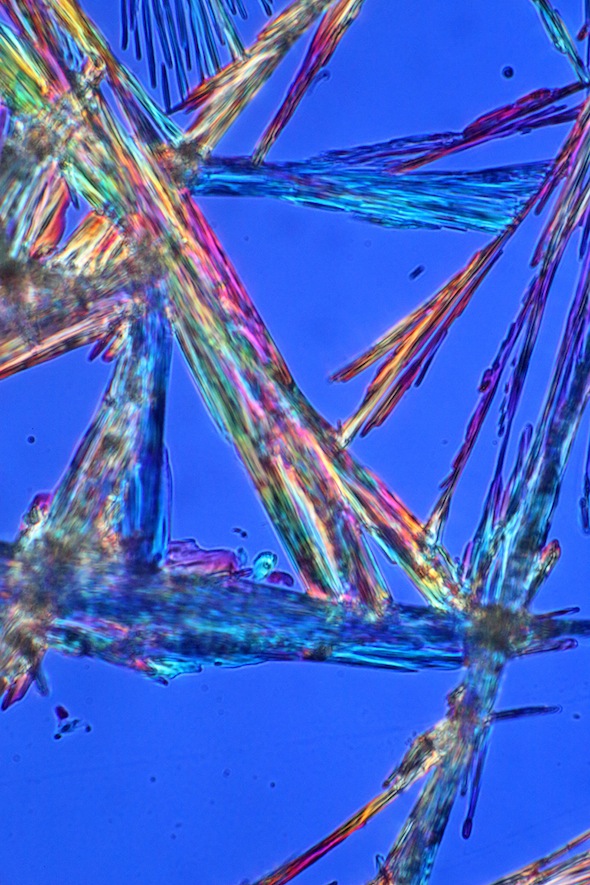 What Tue Greenfort is trying to tell us isn’t straightforward, but he sets the mood with this gesture. A protest is a kind of beginning, echoed in the name of the exhibition, Vis Vitalis, or the force of life. Greenfort has a tradition of critical art, especially focusing on themes like ecology and the handling of natural resources, employing all kinds of material forms to express these contexts and connections based on his research on real world conditions.

After a quick look around this exhibition, Greenfort’s point of analysis is apparent: food, and the impending lack of it as our population grows at an unsustainable rate, doubling in just the last 50 years, are what concern the artist. Greenfort’s works present a platform for re-framing and re-thinking our environment. Greenfort takes on this politicized issue with newspaper clippings set against silver foil, with audio and video of proud voices telling us of the developments in farming and fertilizing. There are also more abstract works, such as hanging white foam that grows like mold in corners throughout the space, or the slow dripping of a fountain filled with brownish liquid and black wires, like a poisoned river that has become a dumping ground for industrial waste. 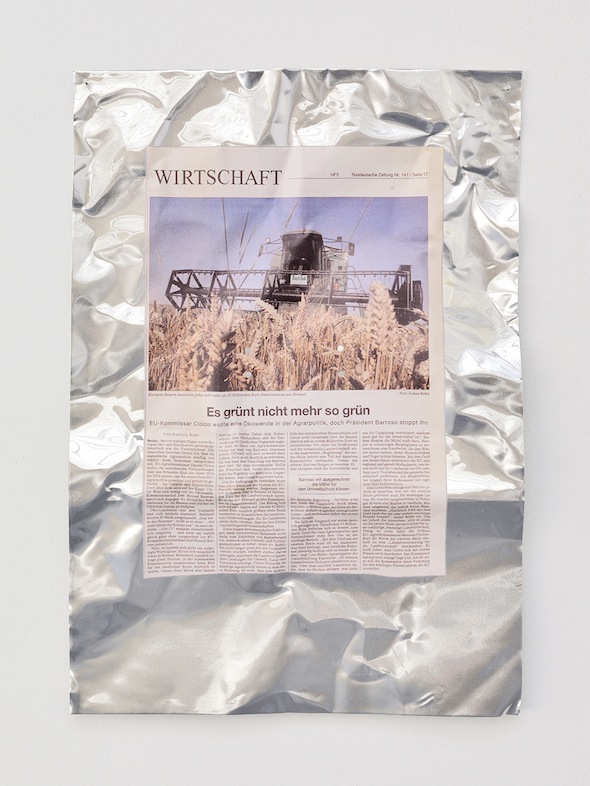 After a few minutes, it is apparent that it is not simply about absorbing aesthetics by walking around: the background reading and newspaper texts are essential to understanding the works. Particular pieces instill images in our minds, perhaps bringing back images we have already seen, telling us news stories we have never heard or have since forgotten. All of this curiously plays against the other side of the room, filled with technicolor cells under microscope slides. 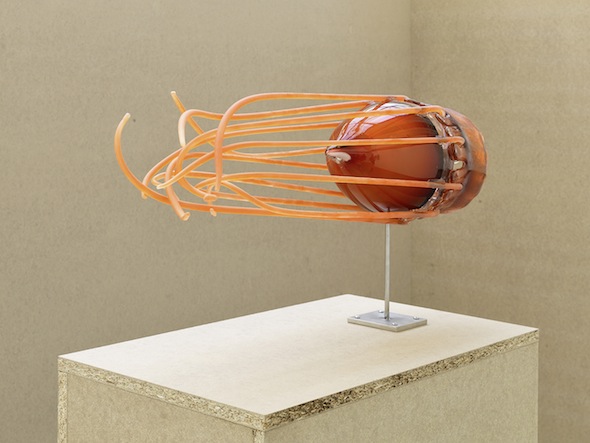 In the next room lies the much anticipated work of artist David Zink Yi, Untitled (Architeuthis) (2013), the giant squid sculpture of immaculate detail and unworldly color. The squirming softness of the tentacles now stiff and unmoving in death contrast with the glossy wetness of what we assume should appear dried up. The object is still, lifeless, pressed into the floor by its own heaviness. Then there’s the oozing ink that creates a glossy black lake in stark contrast with the clear, iridescence of the skin. 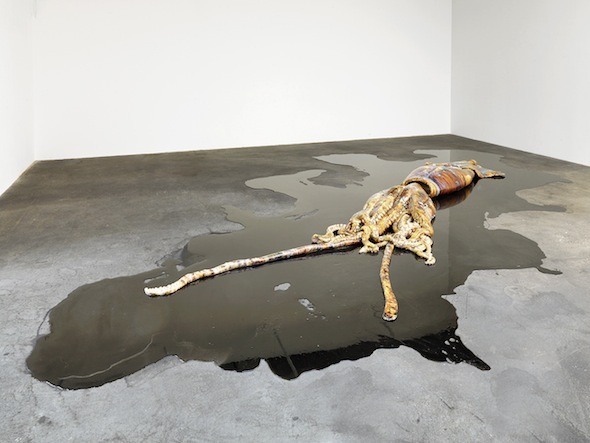 Despite its whimsy, this is a representation of a real sea creature, one that lives at depths of up to 12,000 feet and that, until only one year ago, was never captured on film in its natural habitat. But the work is more than just an aesthetically interesting motif for sculpture, it also calls into question what other unknown creatures lurk, right below our feet, and what has yet to be discovered. It points to this peculiar moment when a creature reveals itself to our world. Just as the works on the other side of the wall depicted, it reveals to us this transition from our world to the underlying and unseen one.

Sarah Gretsch has been living in Germany since January 2012. Originally from the United States, where she pursued her Bachelor’s in Art history, she is now continuing her studies in Berlin.