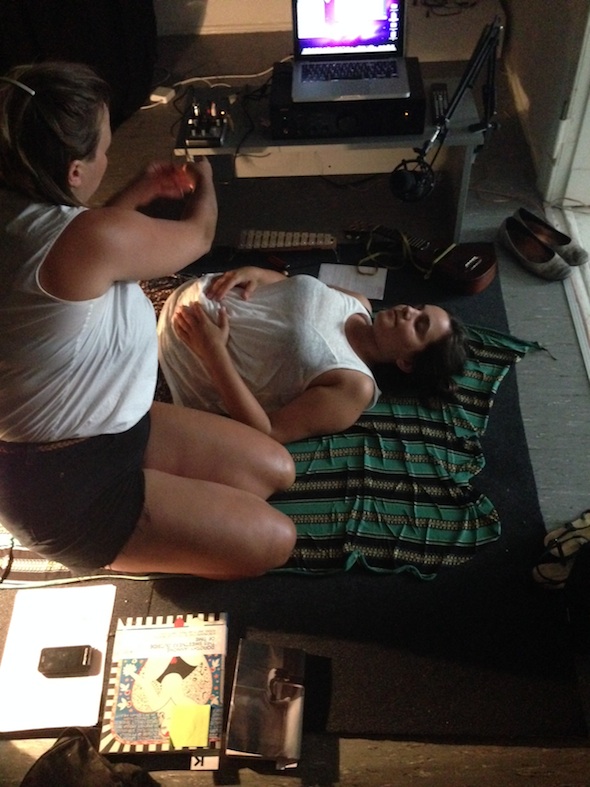 Radio Estman is an ongoing project by Italian artist Marinella Senatore. The free podcast has taken residence for ten days at insitu gallery in Schöneberg. Senatore’s participatory work gives the public the opportunity to share opinions and stories over the airwaves. While many artists have contributed to the project by booking segments in advance, there is also the possibility for anyone to submit adhoc radio dramas, lectures, music, speeches, debates, interviews, sound art works, stories, and ideas to the artist.

One show by Zoe Kreye and Irene Izquierdo – both members of the Process Institute art collective – focused on healing and touch. The pair used their hands to explore and prompt each other with a contact mic, that recorded the sound for Radio Estman listeners. They used various props in the show to create experiential sound, such as leftovers from Izquierdo’s recent hospital visit: xrays, prescriptions, diagnostics as well as other miscellanea the artists had in their bags. Kreye described the show: “it was very playful, improvised and intimate but within it there was a genuine interest in how we can bring healing into our relationships and daily routines and how to make sense of the disconnect western medicine creates with our bodies. It included a song from my spleen.”

The show was also visually performative, despite it being destined mostly for the ears. Kreye’s practice, of late, has looked at healing as a process and subject matter for her art works. A recent series of plaster sculptures were created out of a participatory performance that asked people to identify and cast their bodily tension. The project was based on an instructional score that guided participants in a “casting ritual” and culminated in a series of sculptures, formed to fit the loci of pain. 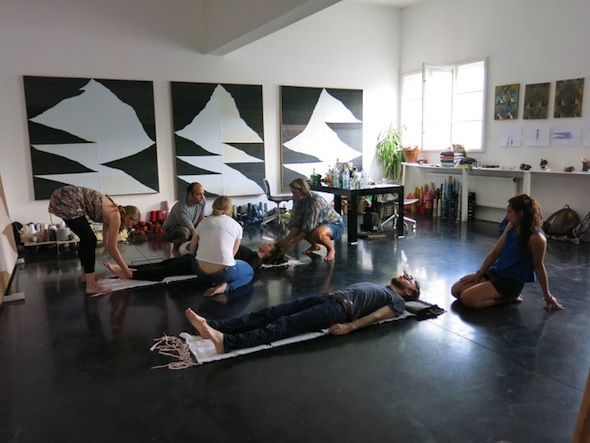 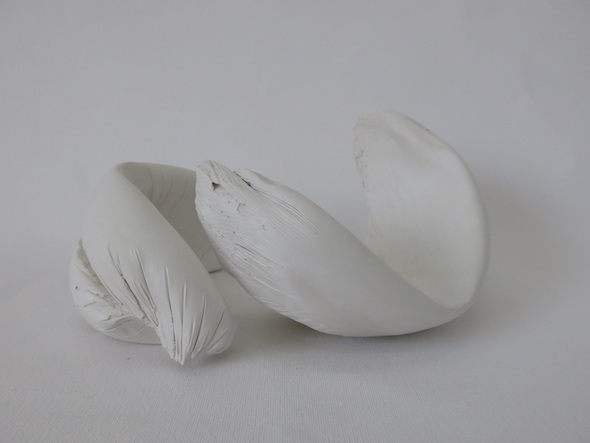