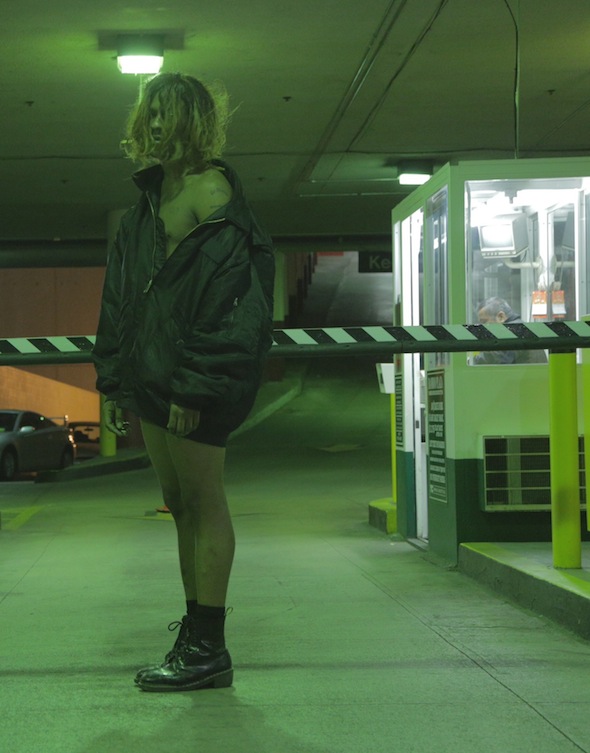 Part diva banshee and part thug extraordinaire, rap persona Mykki Blanco could be your best friend or your worst nightmare: just don’t get on her bad side.

In recent years this gender-bending sensation has become notorious in the independent rap circuit. In 2012, the full-length mixtape Cosmic Angel: The Illuminati Prince/ss announced her presence as a furious demon with a quick-witted flow and a distinctly queer aesthetic. Now he awaits the release of her first label-produced album, Michael. Meanwhile, the man behind the Blanco persona – Michael Quattlebaum Jr. – works feverishly on a riot grrrl-inspired project, Gay Dog Food: Fem Slick, set to launch in October.

Blanco first found her voice as a teenage girl character in YouTube videos in 2010. He’s developed through punk-poetry performances, cult EP releases, and collaborations with other artists including Le1f, Flosstradamus, and Brenmar. He flings an arsenal of quasi-Shakespearean epithets at her haters, picking bones and kicking up dust.

Michael took a break from his nomadic life on the touring circuit and swung through Berlin for a brief interview. He stopped by the princess tower for some Australian wine and post-queer theory discussion, reflecting on the “Nu Gays” of the twenty-teens in America, the changing world landscape of progressive drag culture, and his plans for bringing his decidedly confrontational shtick to the officially gay-unfriendly land of Russia. 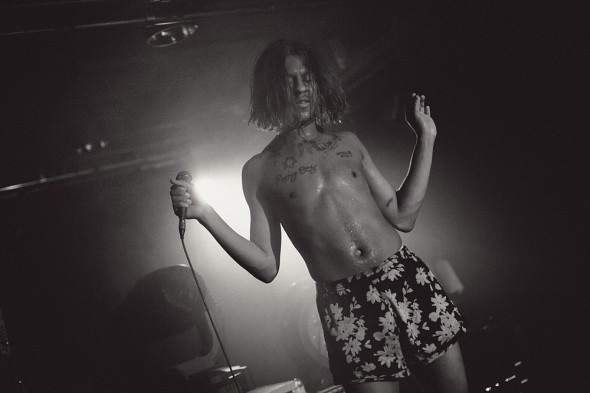 Linus Ignatius: Do you consider yourself a queer artist?

Mykki Blanco: I consider myself for the queer community. I’m not just a queer artist, but I am a queer artist. But this continuous think piece about what is queer, is un-inclusive of what populates the homosexual lifestyles of many people of this globe. People who live in Third World countries or who live in societies that aren’t inherently accepting of homosexuality don’t necessarily have some western ‘queer’ pedigree.

LI: You perform in countries with varying degrees of acceptance.

MB: Acceptance, and money. The gays of Bali, a lot of the times they’ll still have children and wives. They don’t consider themselves gay. In the gay clubs in Mexico, Prague, the Ukraine, there are male hustlers everywhere. And I don’t think they consider themselves queer.

LI: It’s not the same vocabulary.

MB: No. When I go to France, because France is so fucking Catholic, tons of guys who are gay will just say ‘bi’ because being gay is still not a thing.

LI: So there’s work to be done?

MB: See – that’s the queer’s attitude. Queer is too missionary. What work are you doing in the world that makes your liberalism more self-righteously and inherently better than someone’s cultural closeted-ness? 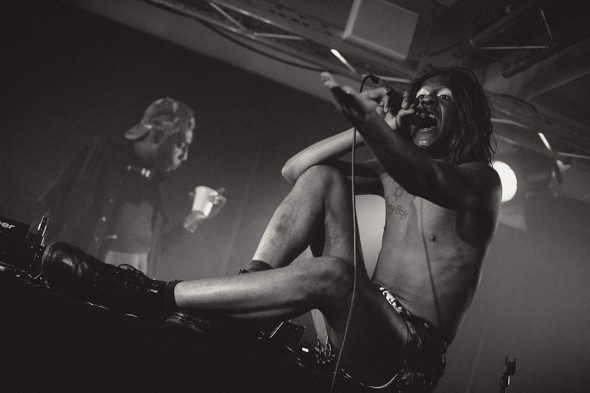 LI: Yet you as a performer are touring a show and an experience that is confrontational and queer.

MB: Well that’s who I am. I’m about to go to Russia. Am I going to walk around in the daylight in Russia in, like, drag? No! Do I need to get on the microphone and yell, “Fuck Putin”? No. But I’m not going to change my show because of a certain culture that I’m performing in. I have too much artistic pride.

MB: It’s a part of my shtick. And it’s ever-evolving. When I first started doing the Mykki Blanco project I was doing full feminine drag. Why? Because at the time that was what needed to be done. It was shocking to people. RuPaul’s Drag Race had just come on T.V., in fact, and I was walking around cross-dressed. I hadn’t gone through certain hormonal changes yet as a young man, and all of a sudden people were calling me pretty. And I was pretty. It was a whole can of worms that was a really fucking awesome thing I got to experience before my body was like, “Oh – you’re a boy.” And then I started to even out again, off my trans*/cross-dressing lifestyle and into – I wouldn’t say myself again, because I was myself during the whole entire thing – but I eased more into also being gay. I didn’t grow facial hair until I was 25, 26. I’m just growing chest hair now.

LI: You think that played a role?

MB: Well, I look more like a guy now than I did 3 years ago, definitely.

MB: You’re a girl of the eastern seaboard!

LI: [laughing] Your next album’s Michael.

MB: My first album. Everything else has been these free releases. If you’re independent you make all your money from touring.

LI: At your show in Berlin you said, “There’s a reason I do this for a living.”

MB: I mean – yeah. But also, because of my performance background, the show is such an instrumental part of getting the message out. 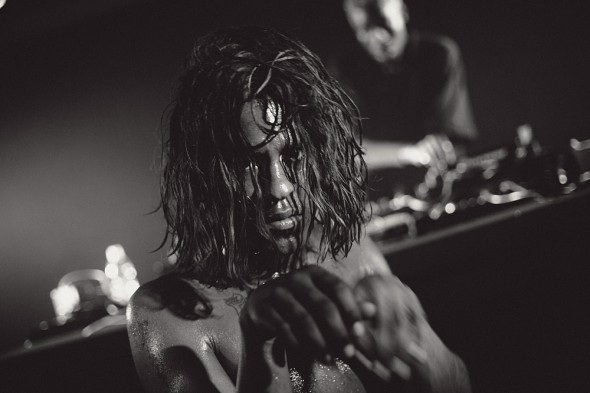 L: So there is a message.

MB: My message is embedded in my lyrics. It’s many messages, through this channel of playful combativeness that gay people in popular culture rarely get to carry a banner for. There’s so much room for a little anarchist politics. Or to get the Gay Right to be gay again.

LI: In the classic sense?

LI: What defines that generation?

MB: They’re super unabashed about celebrity worship. Like, their faves. And they’ve become super sharp, so you can’t pull the wool over their eyes about anything. Even if they don’t fully get it, they’ll get what it’s from. My demographic is eighteen to twenty-four. I’m not one of those artsy artists that’s like, “oh my god I’m an artist, I can’t think about shit like this” – I’ve seen it on paper. I’ve seen it through ticket sales. Even through something like Facebook data (I mean, the government is taking in all that information anyway so you know they’re giving you the truth). A Mykki Blanco fan is this certain strain of twenty-teens psychosis.

LI: Tell me about what you’re working on now.

MB: There’s a quote – I think it is from the Bible: “Be not conformed to this world but be transformed by the revealing of your mind.” Gay Dog Food feels like a new thing, and a return to something. Going forward into the new projects, it’s not that I was ever going to stop any kind of drag element or femme element. It was about how I could continue to contemporarily play with those. Because to me, now, the idea of being in lipstick and a bustier is not progressive.

MB: I mean, I love the tradition of drag and I still think that it’s really valid, but there are new queer tropes to be mined, new vastnesses of gay identity to be playing with. If you’re a good artist, you want to evolve, and you want to evolve into something new.