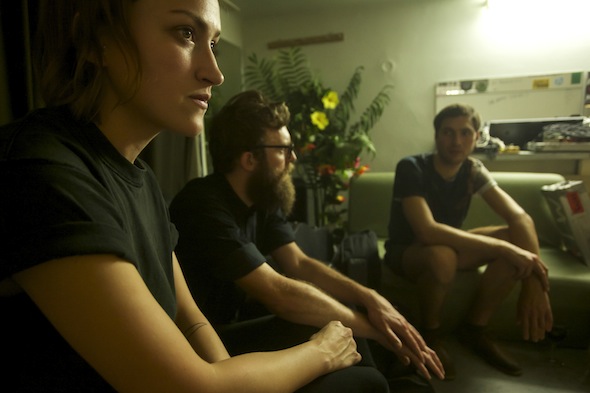 Esben and the Witch, backstage; Photo courtesy of Bi-Nuu Berlin

This past Monday, in the true light of Berlin’s spectral autumn season, UK noise rock outfit Esben and the Witch performed at the intimate Kreuzberg music venue Bi-Nuu amidst a not-so-colorful crowd of goths, alt bros, and aging hipsters. The band certainly did not disappoint, delivering a performance powerful enough to warrant not one but two encores by an obstinate crowd set on getting their night’s fill of dark, loud, and brazenly atmospheric rock music.

Having recently parted ways with their label Matador, the band released their third studio album A New Nature this past September under their self-formed label Nostromo Records. While Esben’s sound delves into a multitude of inevitable “dark” alternative rock sub-genres (goth pop, ethereal wave, and post-rock to name a few), the Brighton trio, while not necessarily entering any new territory on their latest record, do deliver a stripped, kinetic energy unique from their previous releases. Of A New Nature, the band tells Clash Magazine: “We looked to create a more primal record, full of human emotion and sonic intensity. Drawing on themes of endurance, strength, determination, and self-actualization.”

The band’s minimal and non-confrontational appearance couldn’t be further from misleading, unveiling their unapologetic instrumental intensity as a gradual reverberating cloud of thunderous drums, swirling effect pedals, and hauntingly dominant vocals swiftly penetrated the room. An entrancing yet angst-ridden sound reminiscent of early 90s shoe-gaze and grunge performances, Esben and the Witch delivers an energy that is aggressive at its core, all the while being able to retain an aura that is spellbinding and atmospheric. The group’s vocals are led by Rachel Davies, whose Siouxsie Sioux-like prowl and ethereal demeanor is the transcendent emotional force that provides proverb and melody to compete Esben’s haunting soundscape. Davies’s understated manner is supported by her effortless ability to vocally drive each song, whether accompanying warping guitar clashes or soft melancholic acoustics.

After concluding their set, Esben and the Witch graciously disappeared off stage, leaving a satisfied albeit temporarily tone-deaf audience to disperse outside, on another quiet October night. 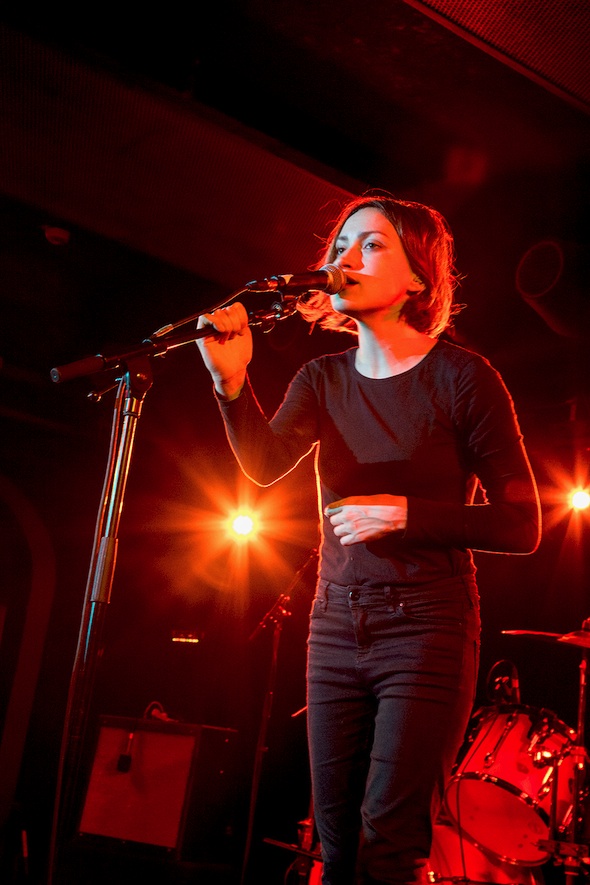