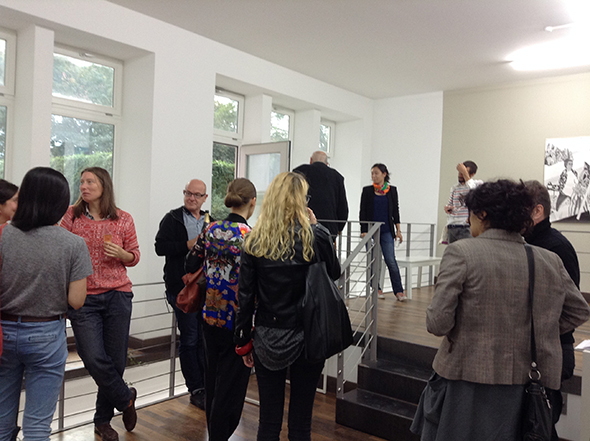 On one of the small side streets of Mitte, just off Auguststrasse, is an unfortunately rare sight in Europe: a contemporary art gallery founded and run by Chinese owners. Zhong Gallery‘s project manager Lu Mei explains that there is a problematic absence of Chinese cultural involvement in Europe, and Europeans hear little about contemporary Chinese Art other than that of famous political artist Ai Weiwei. Mei is further concerned about globalization, which often has the effect of homogenizing cultures and making it necessary for artists from China to assimilate into Western cultures in order to make their art commercial. The fact that Zhong Gallery, which opened in 2011, was the first Chinese-invested contemporary space in Europe indicates massive insufficiencies in the “multiculturalism” that is associated with globalization. Looking at the way anything non-Western is presented, it is easy to see how globalization is often used as a mask behind which a form of neocolonialism is hiding, with the contact between cultures heavily guided and controlled by power hierarchies. But, maybe it doesn’t have to be that way. 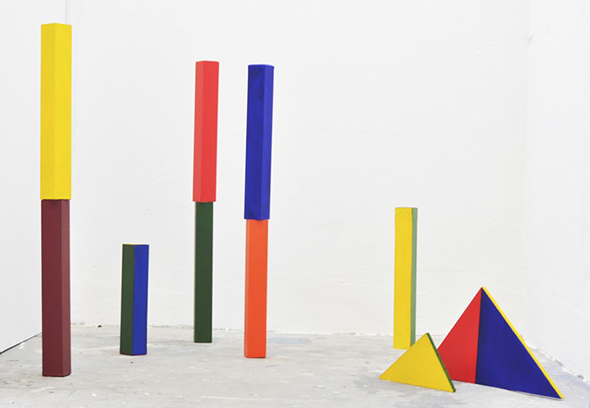 Zhong Gallery circumvents the normal movement of periphery cultures into the predominantly English centre, with a cultural link between Germany and China. Zhong Gallery has one branch in Beijing and the other in Germany, with shows circulating between the two. The artists they choose for exhibitions are multinational, showing a particular talent in making unexpected juxtapositions and pairings. Mei explains that their gallery looks for artists who use their values and worldview as a means of exploring a new culture, neither restrained by tradition nor disregarding the importance of their histories. 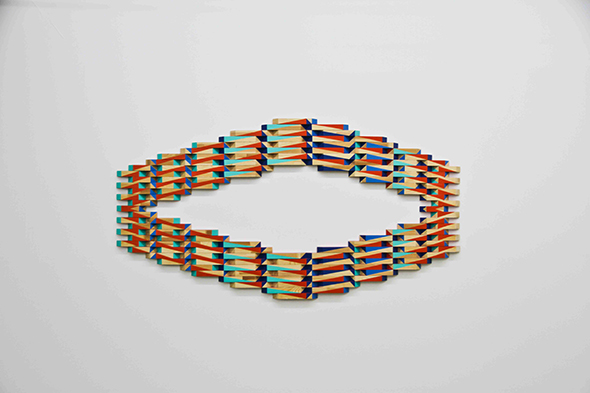 The current show at Zhong Gallery addresses the creative flexibility of Berlin as a city that can contain apparently contradictory identities and histories. Four artists – Ting-Wei Li from China, Maria Munoz from Chile, Aspasia Krystalla from Greece and Paco Vallejo from Spain – were brought together in the exhibition titled Migrant I.

A common thread that runs throughout the works is the artists’ ability to appropriate certain aspects of art practice without being controlled by them. Munoz and Li both create three dimensional works that recall the Bauhaus movement but accentuate shapes with a broad palette of colours, for instance pinks and purples that the strict principles of the Bauhaus would never allow. They explore the German architectural movement but carry along their own social and cultural contexts: not creating something new, but opening a new way of looking at and exploring Bauhaus values.

Vallejo and Krystalla’s paintings and drawings approach reality with a subtle magic and fantastic images. Krystalla’s extremely detailed pen and ink drawings create a beautiful collage of textures, and surreal compositions of bodies and objects. She uses a very conventional medium (ink on paper) but doesn’t subject her work to the demands of logical perspective.

Painting translucent and piercing portraits, Vallejo sees in his subjects beautiful tones and interactions of paint mediums. They stare at the viewer with an intensity, with gestural strokes making up very realistic portraits. 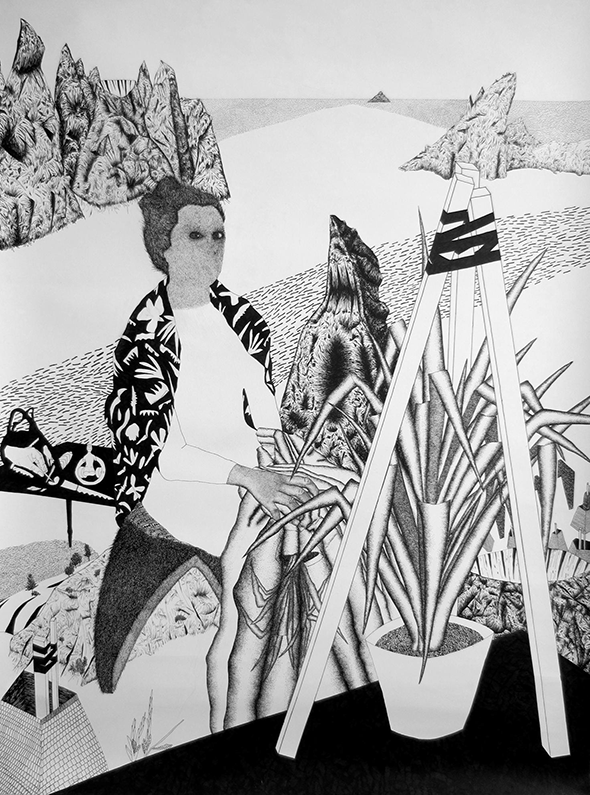 In the same way that Europe has little access to Chinese art, Chinese art students have little awareness of the international art scene, partly because of strict internet control, and partly because the divide between East and West is so pronounced. What Zhong Gallery offers is not to resolve this difference but to maintain it without fearing the strange “other” and without homogenizing everything into a version of the same. 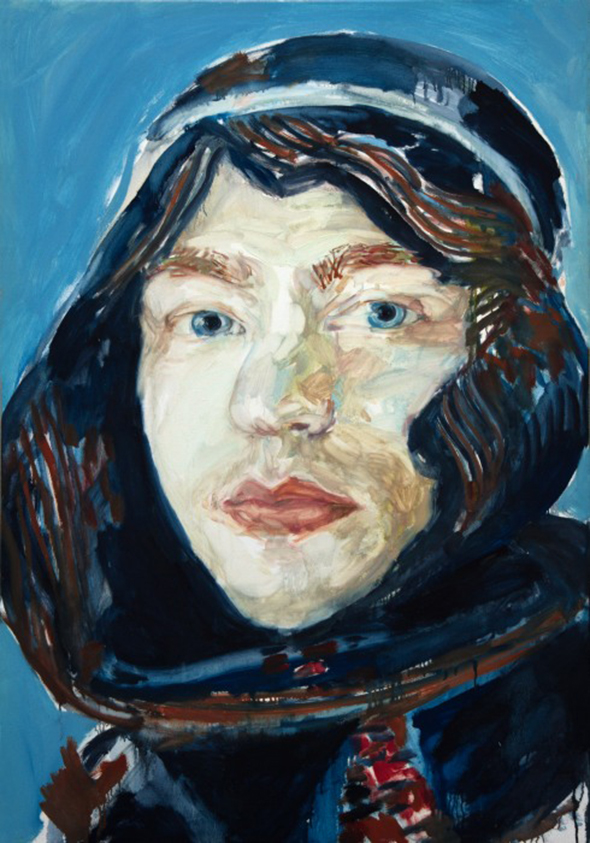