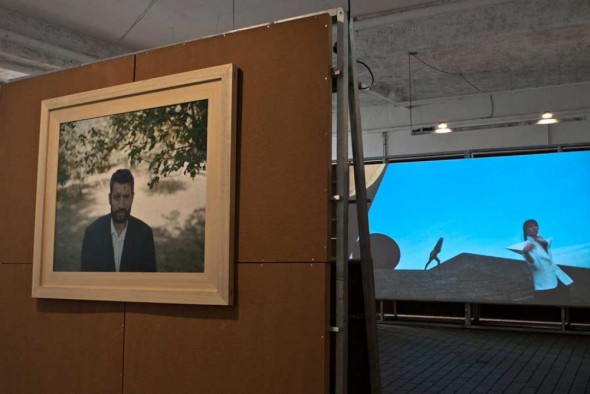 The Forgotten Pioneer Movement, ‘Set #B’ (2014), installation view at District Berlin, photo by Emma Haugh, courtesy of the gallery

As autumn draws to a close, The Forgotten Pioneer Movement at District Berlin is staging its last series of workshops and performances on Nov. 20, 2014 before packing up on Nov. 29, 2014. The event series and exhibition has been actively producing insightful works that critically reflect the contemporary socio-political generation through the metaphor of a fictional movement, the Forgotten Pioneers. On Nov. 20, the series of works are titled How Ideology Moved Our Collective Body, all reflecting on the dreams and reality of revolutionary processes and how the body and the social space is composed of the intangible, of words and the a-verbal, of ideas and ideologies.

The night begins at 7pm with ‘Genullt,’ in which three performers rehearse mechanical motions. The work explores small group social dynamics in a capitalist economy, by removing affect from expression and reducing unique and meaningful gestures to functional movements. Following shortly after, at 8pm is ‘She turns her head, she lifts the pen’ in which Elske Rosenfeld also engages with a means of preserving the singular within the social. Rosenfeld works with repetition and difference in expression, projecting three film sequences beside her own body to reveal the revolutionary power of seriality. 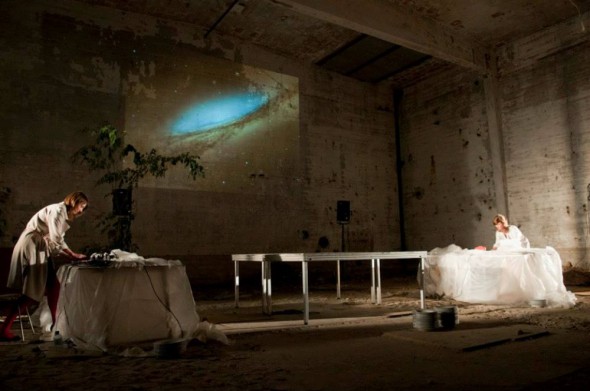 SKILLS, ‘Avant’ (2014), performance at The Forgotten Pioneer Movement at District Berlin, photo by Louis Haugh, courtesy of the gallery

Closing the evening will be a screening of the film ‘Yugoslavia – How Ideology Moved our Collective Body,’ directed by Marta Popivoda. The film is composed of a montage of found footage from post-war Yugoslavian state performances (youth work actions, May Day parades, celebrations of the Youth Day, etc.) as well as counter-demonstrations (’68, student and civic demonstrations in the ‘90s, 5th October revolution, etc.). Through the compilation, the work traces the transformations of how ideology manifests itself in action, and how relations in the social space are constructed and abstracted in this process.

If you come early (come early), take a look at the collection of artworks – drawings, films, paintings, photographs – of Set #B, the curated exhibition on display as a major part of The Forgotten Pioneer Movement.