Twenty five years after the fall of the Berlin Wall, fictional persona Farid Fairuz invited contemporary performance artists from Romania and the Republic of Moldova to dance, sing, speak and perform for an audience in Berlin at the Hebbel am Ufer (HAU). With a charismatic dry humor, the festival is titled Good Guys Only Win in Movies, and features works that reflect on the place of Romania and Moldova in Europe as they struggle to cope with the forces of Westernization. The works use performance to make sense of politics, notions of gender, economic forces, dreams and delusions, historical narratives, and to try to find an expression of identity in what is often an inhospitably rigid context. 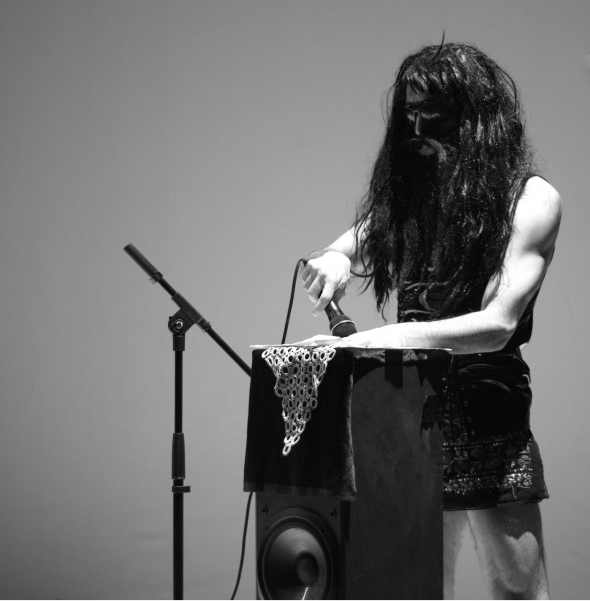 Farid Fairuz is a character himself: created when Mihai Mihalcea, a Romanian contemporary dance artist, found that one identity was insufficient, Fairuz poses an entire biographic history independent from Mihalcea. His two identities are a coexistent contradiction, with it being impossible to neatly divide the actions and statements between the two personas. Fairuz tells his stories in the work ‘Realia,’ an absurd product of the personal and the political. In a flurry of statements, changes of tone, and bizarre costumes, what emerges is a delicate and precarious tension between multiple systems of making sense of reality, through fantasy, narrative, memory, religion, and reason. 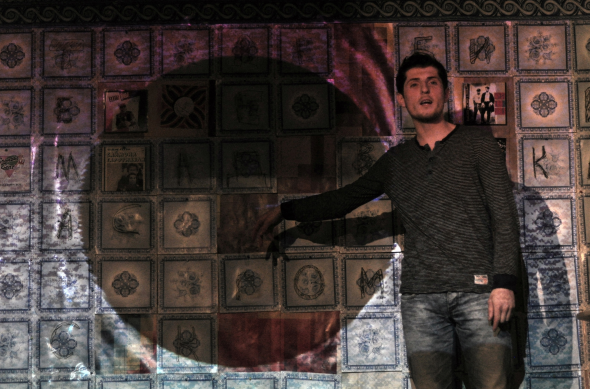 ‘Dear Moldova, can we kiss just a little bit?’ is a work in which 6 characters discuss their first encounters with queer sexuality as they cook borscht together. The characters typify recognizable tropes: parents with a gay son, an older queer man remembering his past experiences in a different era, a young man whose mother left his father for a woman, among other types, but who evoke powerful narratives with their singular, conflicting responses to their own or their family member’s sexual orientation. The individual histories are revealed in fragments, with all the actors constantly busy on stage, moving around props, peeling potatoes, setting up the table, making speeches, as the smell of cooking garlic and onions envelops the audience. The soup was offered to the audience members following the performance.

Nicoleta Esinencu is a young Moldovan playwright and performer who put together ‘American Dream’ from her stories of travelling to the United States as a student, and attempting to repay the debt she incurred by that trip. The narrative is told through a montage by choreographed movements by the three performers, lists of facts, speeches, songs, and games of Monopoly, as Esinencu relates her Kafka-esque journey to the West in hopes of ipods and free speech, and then to a construction site in Moscow where she works illegally for half a year and struggles with corrupt bosses and is forced to hide from the police. 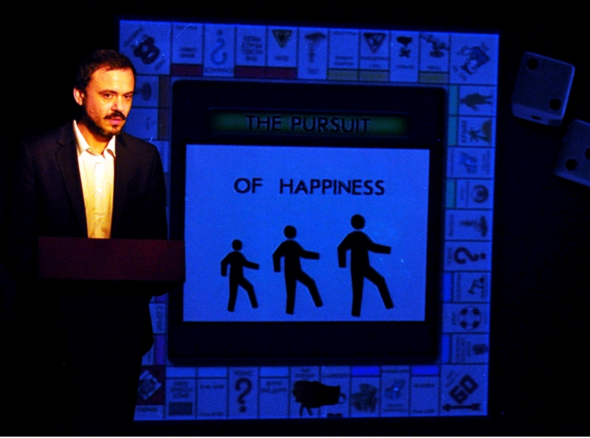 The three works all use a playful performative collage, which suitably reflects the conflicting ideologies and beliefs that inform the Romanian and Moldovan people today. The bold absurdity of the performances makes for an entertaining evening, occasionally punctuated with moments of a sobering realization that the stories and problems that the plays deal with are not outside the scope of possibility for many people. Good Guys Only Win in Movies is a close, intimate encounter with a culture and history of two countries that are not often acknowledged on an international level. The artists create their own content, form, and deliver it in their own language, instead of sacrificing their unique speech for the sake of accessibility. 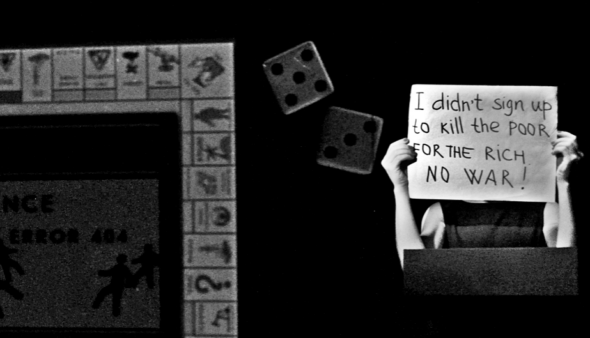