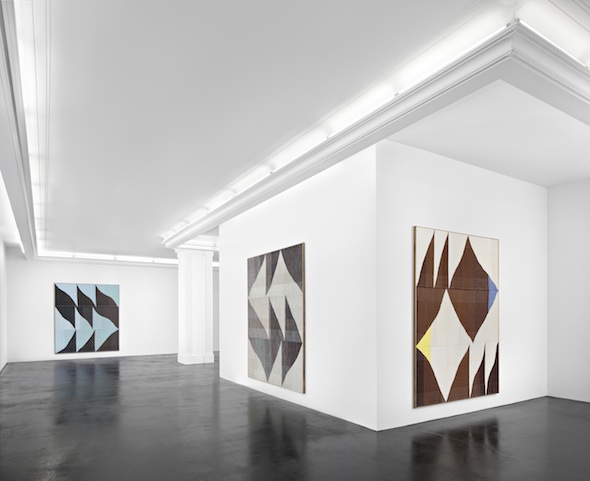 As the story goes, Brent Wadden‘s woven tapestries are a reference to the folk art of his native Cape Breton Island, Nova Scotia. The title of his current solo show at Peres Projects also points to his Canadian roots: Pit Pony was a ’90s TV series about coal miners set in Wadden’s hometown.

But for all this patriotic association, Wadden’s pieces are equally connected to a tradition of textile-making rooted in European modernist practices and abstract geometrical painting. His handwoven works on canvas seem to follow closely the tradition of many of the female pioneers of the Bauhaus – like Anni Albers and Gunta Stölzl – whose weaving workshop produced some of the most acclaimed textiles of the 20th century. Not only is Wadden’s aesthetic alluding to this movement, the almost mass-produced similarity of his works puts them in line with the foregone promise of industry associated with modernism.

Viewed from outside the gallery on Karl-Marx-Allee, Pit Pony appears to be a rather traditional painting exhibition. Yet the contours of the painted works are inexplicably soft, and pixel-like square sections emerge from the canvas, encouraging inquiring minds to step inside. The show is dominated by a double intrigue: the initial sense of something monumental in scale and gesture, followed by a recognition of a more laborious, tactile reality. The simplicity of form is sabotaged by a detailed repetitive process that – to the show’s credit – honours a traditionally feminized artistic labour. 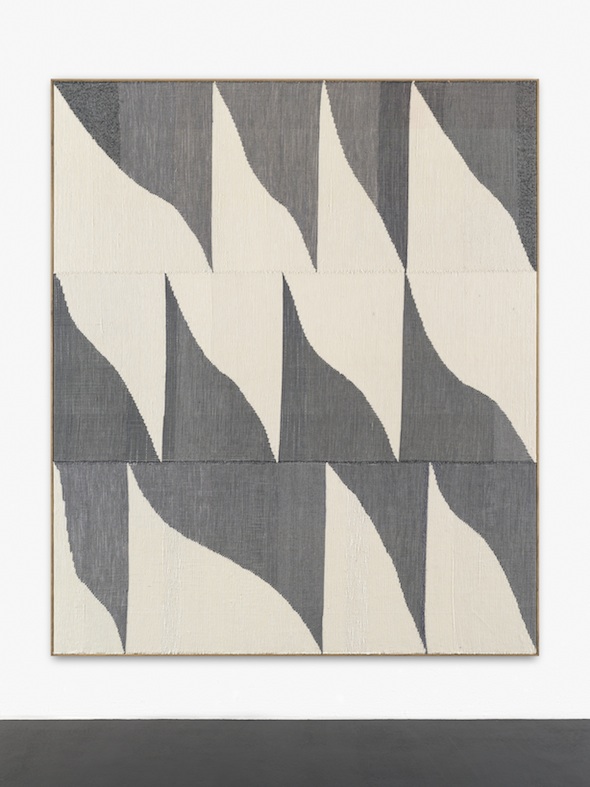 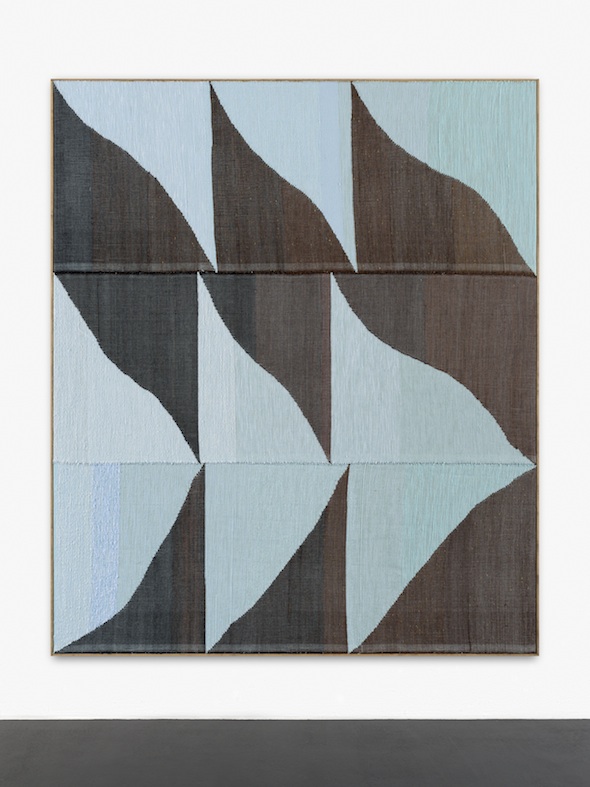