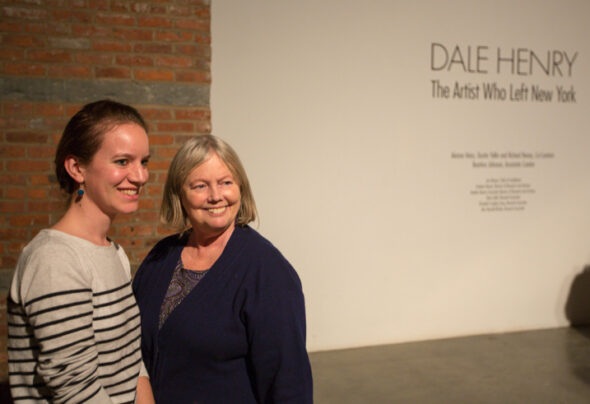 Artists have long criticized and resisted the commercialization of art, though few have taken such a personal and professional risk as to disengage with the art market so absolutely as Post-Minimalist painter Dale Henry. After a successful artistic career in the mid-1960’s to early 1980’s, Henry decided that the only way to avoid being subjected to the art market and the demanding society of critics and institutions was to leave New York entirely for a small town in Virginia, where he spent the rest of his days. This decision allowed him to pursue art his own way, though put him at risk of not being included in a cultural history that functions on commercial value.

When Henry passed away in 2011, he bequeathed his entire oeuvre of work to Alanna Heiss, founder of the Clocktower Gallery and founder of P.S.1 Contemporary Art Center (now MoMA PS1). He made clear that his work should be destroyed if Heiss decided not to take it, rather than have it auctioned off or enter the art market in any way. Heiss decided to accept the works, presenting them in a three part retrospective titled Dale Henry: The Artist Who Left New York. This exhibition was the last to be shown at the Clocktower Gallery space, which, similarly facing economic pressure has closed after 40 years of alternative, non-commercial art exhibitions. The gallery is forced to move out of the historic location after the landlord sold the building to property developers, who plan to convert the top floor into a 34 million dollar penthouse.

In a meaningful gesture that is respectful of Henry’s wishes, Heiss decided to give away the most significant groups of works as gifts to major museums and collections in the U.S. and abroad, while another 150-180 works will be gifted to people who have been supportive of the Clocktower Gallery and the Dale Henry retrospective, and a large amount of works that will be given out to individuals on request, at a first come, first serve basis. We spoke to Alanna Heiss and Managing Director Beatrice Johnson about the implications of financial pressure on the New York artistic community. 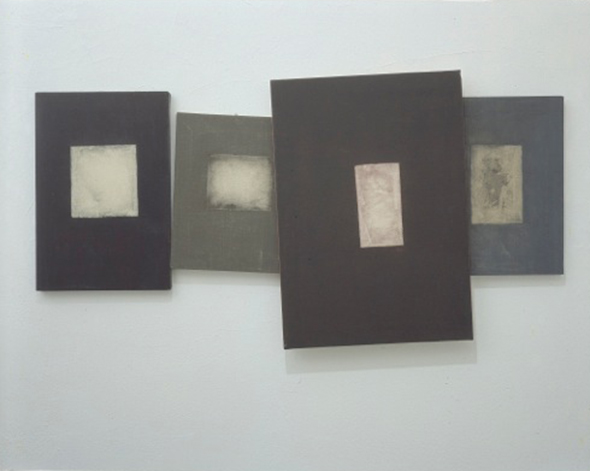 Alena Sokhan: How did the public respond to the Clocktower Gallery’s decision to gift all of the works by Dale Henry?

Alanna Heiss and Beatrice Johnson: The public has been very moved by this project. Dale Henry’s story has really resonated with our audience, and with artists in particular. Sometimes working as an artist in New York City is so challenging, and the desire to leave it all is a familiar one. Henry’s works are so subtle and delicate, which has only heightened the ethereal nature of this project. And, of course, when and where else are individuals being given works of art? The outcome of this show — that all works are given away to individuals and institutions for free — goes against one of the strongest characteristics of the contemporary art world, how market-oriented it has become. Artists and curators in the early 1970’s in New York were not working to make money, and indeed, few of them did. In that sense, the entire Dale Henry project is a time-capsule of that era, as much in aesthetic terms as in economic terms.

AS: Can you give any contemporary examples of artists like Dale Henry, who have made radical decisions and taken risks in order to resist the pressures of the art market?

AH: There are numerous ways to challenge the art market, and most good artists take the risk of doing so in some way, but here are some examples of unusual decisions: Michael Heizer, working on his great land art project, has been building the ‘City’ piece in Nevada since 1972. He comes to New York to see his dealer and for installments of money. The most extreme example of removal might be Ashley Bickerton, who at the height of his career leading a major movement, moved to Bali, and only reappears every 4 or 5 years, covered in tattoos. I [Alanna Heiss] interviewed him for radio couple of years ago. Andrea Zittel is another example, she is extremely visible on the art market, but she left New York full of determination to live an uncluttered life. She has lived in the Joshua Tree desert for over 12 years, and now a group of artists has started to cluster in that area as well. 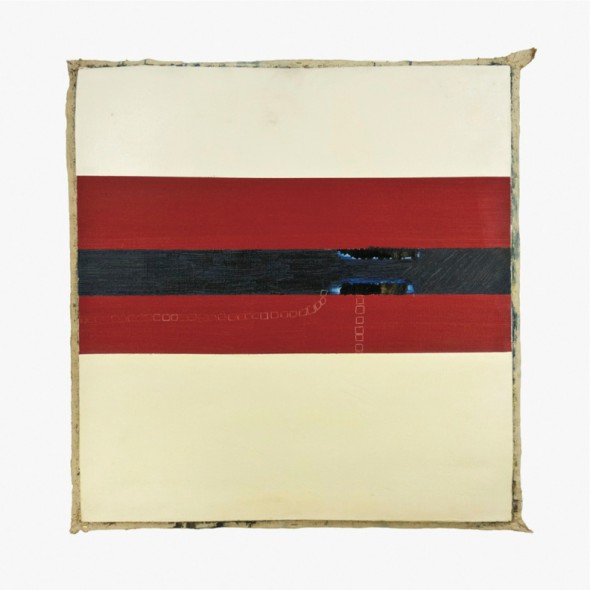 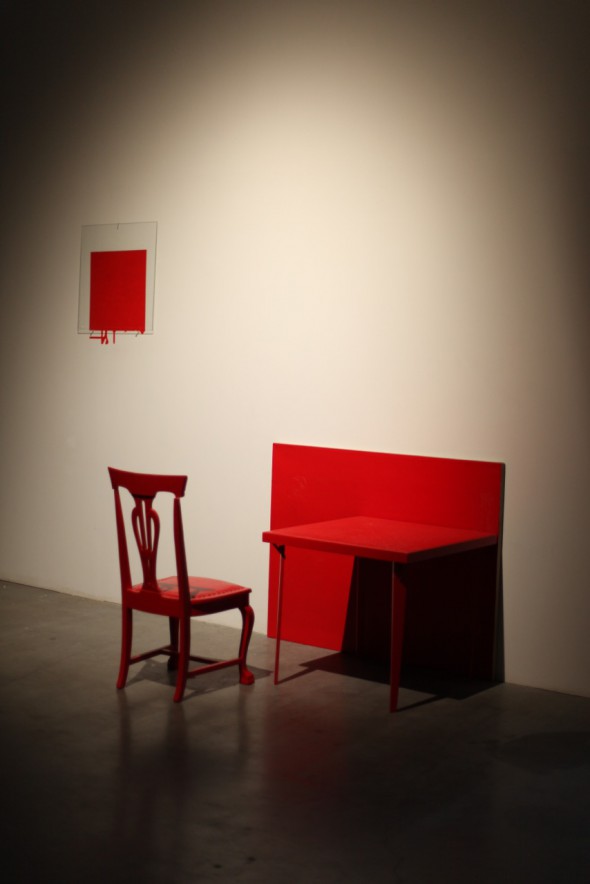 AS: The Clocktower Gallery is remarkable for the range of its collaborative activities – in the art scene of New York, what difficulties are there in operating a joint, specifically not-for-profit artistic project?

AH and BJ: Unfortunately, the answer to this is the same as it has been for a long time, and as it is for many other vibrant organizations in New York City: the limitations are mostly financial. The Clocktower team has been working on experimental programs for decades, and thankfully for us, there has never been a shortage of creative individuals to work with. That has always been, and continues to be, the sole motivation for such an institution. As long as there are intelligent, daring artists, musicians, writers, dancers, thinkers, and producers in New York City, and indeed around the world, there could easily be another Clocktower. Our current model of program partnerships with other institutions (Knockdown Center, Pioneer Works, Times Square Arts, and others) has further enriched this. Finding equally intelligent and daring funding sources to embark on these programs with us is the single biggest struggle we face, but one which, thankfully, we have managed since 1972!

AS: What sort of reactions did you observe from the community when it was announced that the Clocktower Gallery would have to leave its site in the McKim, Mead & White building, where it had been located for 40 years?

AH and BJ: Sadly, this happens more and more frequently in New York, but of course our community was devastated. That building, and our space, had been a haven for such a tremendous number of seminal artists, and some radical projects took place there over the years. There was a certain mystery and secrecy to our space in the tower that made it particularly precious, and almost mystical, to those who spent time there. Beyond the architecture, which was awe-inspiring, there was a certain aura that artists and staff were always responsive to. Losing that space could have been a good reason to discontinue the institution’s activities, but we were able to develop extremely fruitful partnerships with other non-profits, and continue (if not expand!) our programming. 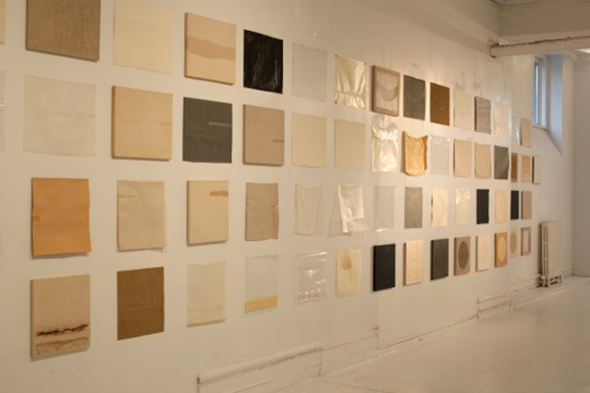 AS: How does the Clocktower Gallery attempt to resist the commodification of art, not just through non-profit creative activities, but in developing alternative values for art?

AH and BJ: This is very difficult to answer. The Clocktower zeitgeist presumes a kind of closed utopian circuit in which art is made, discussed with friends, remade, shown on a studio context, reviewed by other artists, formalized, put together in coherent display outside of the studio, visited by quasi strangers and faux collectors, documented, photographed for catalogs, printed for catalogs, mailed, and then the closed circle closes again. The trick is to get into this circle at all, and once in, maintain oneself financially and creatively. It also presumes that avatars from the outside commercial world swoop down periodically to sweep up an artist, who is flown to the real world and is able to exist and continue to make art for a period of time, divorced from utopia…

AS: What are some Clocktower Productions highlights coming up in 2015?

AH and BJ: We have many projects planned with our program partners for the coming year. They include a hugely ambitious 3-part multimedia music/performance program in collaboration with Times Square Arts, presented in a state-of-the-art AMC theater on 42nd street; a possible treehouse project with Roderick Romero; several exciting ideas for installation and performance group exhibitions with Knockdown Center; as well as ongoing residencies, radio programs, and live events. We will be even busier than last year!