Canadian, Berlin-based artist Jeremy Shaw explores altered states in his considerable body of work, straddling the borders between neuroscience and what he refers to as ‘psychedelic kitsch.’ His studies of affect and the visual manifestations of emotional registers were exhibited recently at Johann König in Berlin, with his Hot 100s series, and he’s currently on the road displaying new work as part of the Manifest Destiny Billboard Project, appearing on billboard space across the US. Shaw spoke with us before embarking on his trip to Texas, where his chapter of the project takes place. 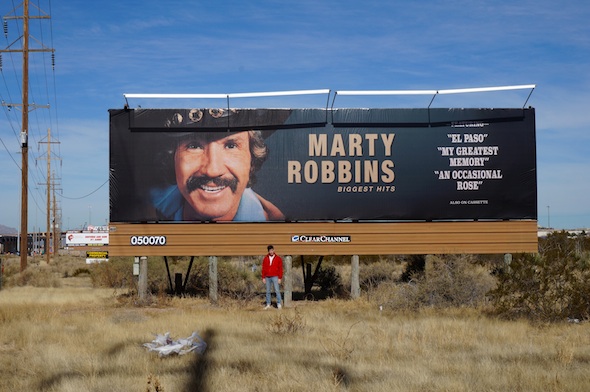 Alison Hugill: As a Berlin-based artist, how did you get involved with the Manifest Destiny Billboard Project?

Jeremy Shaw: It’s through an arts organization named LAND – Los Angeles Nomadic Division – which a friend of mine, Shamim Momin, started a few years ago. LAND is a roving public art platform doing all sorts of great things. I’ve known Shamim for years from New York where she was a curator at the Whitney and but we’d never actually worked together. When the plans for this project came up she knew I had done these poster campaigns in the past, so she invited me to be a part of it. There are ten artists involved: John Baldessari, Matthew Brannon, Eve Fowler, Zoe Crosher, etc., each with 10 billboards in a specific area along the I-10 highway. It’s kind of like an evolving, America-wide outdoor group show.

AH: The project has a clear political bent – the title offering a tongue-in-cheek reference to North America’s colonial past and present. When coming up with your chapter of the project in El Paso, did you try to critically or ironically problematize the Wild West history?

JS: I definitely had the idea of Manifest Destiny in mind going into my research, but it didn’t fully motivate the results of the finished work. I think as an overall entity, the project asserts the notion of Manifest Destiny on it’s own – moving from East to West with this co-opting of corporate advertising space and so I didn’t feel like I necessarily needed to further illustrate that so much, although there are definite parallels to be made with the actual piece.

I wanted to use the opportunity to adapt a strategy that I have used in the past numerous times, in which I find some event or film or moment from a city’s recent history and then resurrect the promotion of it by reprinting archival materials and postering the city, mixing them directly within the context of contemporary advertising but without any additional information or reference to the present day. So with Manifest Destiny, I transferred this poster strategy to a billboard platform. The main hurdle there was finding something within El Paso’s history – a city I had no prior connection to – that would work in this context. 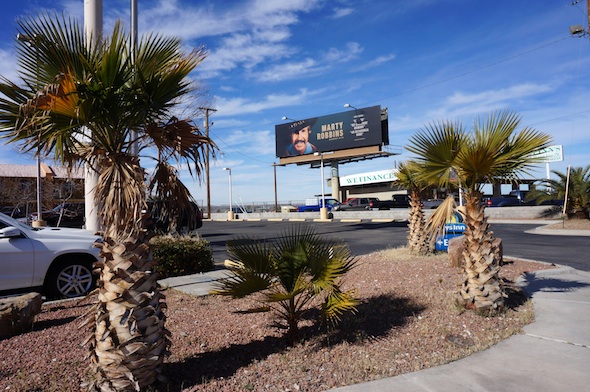 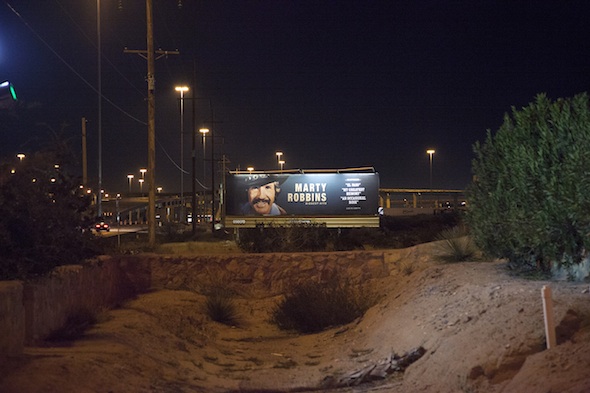 Manifest Destiny can definitely be read into aspects of the piece though as the key motivation for the work comes from a song called ‘El Paso’ that was written by country star Marty Robbins. It’s a narrative tale of a man who falls in love with a woman and kills another suitor in jealous rage, only to be killed himself at the song’s conclusion. It’s a kind of romantic outlaw narrative tied to the notion of the Wild West. The song was written in 1959 and has been repeatedly reinserted into the pop cultural landscape which is a large part of my interest in it: this song that exists in the collective consciousness of the city and beyond and continues to resurface. Most recently it was used in the final episode of Breaking Bad in a scene where Walter White gets into his car, puts in a Marty Robbins “Biggest Hits” cassette and plays “El Paso” while driving to the show’s final scene in which he is killed.

AH: So you don’t have an indexical reference to anything on the billboard – you are simply reproducing this iconic image of the past without any indication of the context?

JS: It’s an attempt to incite a slippage in time within the viewer. It’s a kind of sci-fi gesture to come across something you’re aware of, or have a connection to, from the recent past that has re-presented itself without any contemporary reference, just simply exists again in front of you in the present day. I’ve done it multiple times, the first in 2009 in Vancouver when the Olympics were set to begin in 2010. Vancouver had had the World’s Expo in 1986, which was largely responsible for putting the city into the global consciousness. It was also rife with political problems, much like the coming Olympics were. So during this one-year lead up to the Olympics I started re-promoting the 1986 World Fair. At some points it seemed like there were more ads for Expo ’86 than for the Olympics themselves. It proved very confusing to the public and prompted a lot of online activity with people posting photos and forum threads trying to figure out what was going on.

AH: How does this project relate to your other works – like your recent exhibition of the Hot 100s series at Johann König in Berlin – which also has to do with these memorable songs from the past?

JS: I wouldn’t say there is a super direct relation between those two projects, but my work revolves around altered states – that’s the core of everything no matter how it manifests. Whether it’s from scientific mapping of brain patterns during an acid trip or a document of someone dancing into a trance, it always boils down to this.

Although most of my work in this capacity has had a sort of critical distance to it, discussing altered states without attempting to incite them, these poster projects actually do attempt to trigger such a response from the viewer. Even though they may seem subtle by comparison, they are going for a phenomenological reaction much more so than works I’ve done that are explicitly about altered states themselves.

I’m very interested in this idea of collapsing or confounding time in media, mixing formats and eras and genres and tropes and trying to fuse them seamlessly so the date of production is uncertain. I feel when I achieve this cohesion, subversion is much more effective and visceral. This strategy with my studio and media-based work is very similar to coming across these adverts up on their Clear Channel billboard space promoting an album from 1982 with an aesthetic authentic to that time.

Inserting something from 1982 into the contemporary landscape creates a discourse around all those years in between. The Hot 100s are from a series of works titled ‘Transcendental Capacity,’ where I use the pseudo-scientific form of Kirlian photography in an attempt to visually measure the effect of music on my psyche – specifically with year-end Billboard Hot 100 song charts as the base. Again this revisiting of a certain time in popular music not only addresses what was happening politically and socially during that year, but those in between as well. 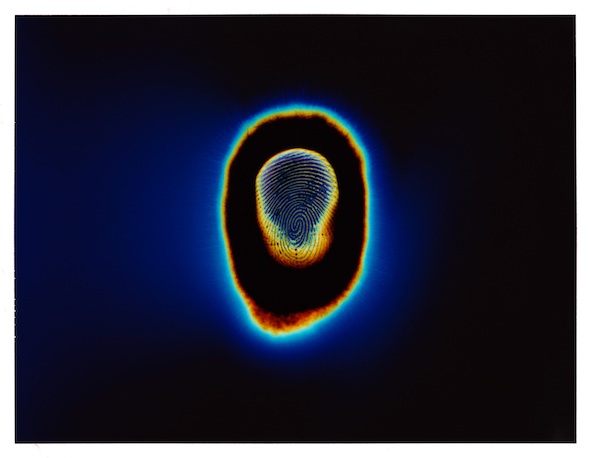 AH: In relation to your Hot 100s, what was revealed to you by using your body as a medium between the music and the film?

JS: Kirlian photography was used in science and medicine in the 60s in an attempt to learn to read people’s ‘Electric Coronal Discharge,’ which exists invisibly around your body and is what the process captures on film. But it was quickly noted that the process is too temperamental and affected by way too many variables to keep under rigorous scientific parameters, so was thrown out as junk – yet continues to be embraced by mystical types who believe that it records one’s aura.

I started to notice patterns where I can generally figure out if I really like a song based on the image alone. Maybe it’s because I held my finger down longer or I moved a little more or pressed a little harder during the process, or maybe it’s truly reading that my aura is in a better place during these songs, I’m not sure, but I see more recorded action in these images. Most people viewing the work have trouble seeing any difference at all at first, but after more considered inspection, can see the minute variables in color and size and flow of the recorded energy. It’s not a scientifically sound process yet I wouldn’t say it’s mystically sound one either, if there is such a thing. My work often deals with this grey area between these two ways of thinking and the discourse I’d like to exist between them.