The question that transmediale asks is not ‘what’ – as in, what can technologies do – but ‘how’: how are we using and being affected by technologies? I think the same question can be turned to transmediale itself, with the four days of events coming to a conclusion, how are we going to use the insights and creative explorations of culture that the festival offers, and how will our behaviour be affected by these ideas? 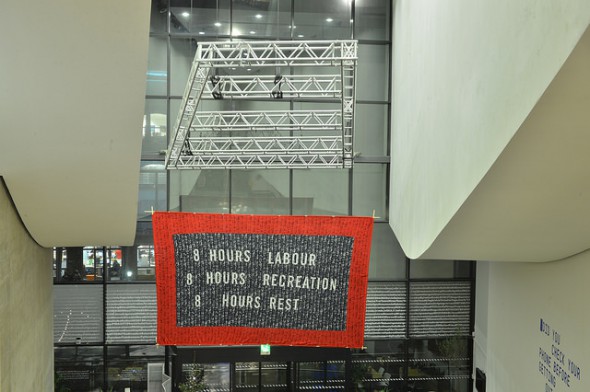 Tucked into the top of Tiergarten, the Haus der Kulturen der Welt requires a deliberate trip to get to for most people. It is a planned activity, often coordinated with friends. Most attendees come a little early for specific events, or, having bought a day pass, spend an entire day in the building. The range of activities going on is a little overwhelming. Walking around the foyer, you hear fragments from each workshop you pass. People arrive and collect in small groups before heading to drop off their jackets. Others are eating sandwiches on the stairs while listening to performances, many others sitting with their laptops on their knees, typing intently. People walk through the building at a slow but purposeful, art-gallery-pace. It is a strange environment and the general reason for people being there is difficult to determine. From the conversations I overheard, many people come for their studies, or because of a professional interest in the topics. Others are simply there for an educational leisure activity. Many seem familiar with the speakers names and casually discuss theories while waiting for events to start.

Why do we engage in non-compulsory educational activities? To what extent do we want to learn something, and to what extent is the experience of self-improvement itself sufficient? The transmediale festival is an educational adventure. Each event begins with the same intro: a computer generated image of a rich tropical forest, a perfect waterfall gushing noisily and a ten second countdown that prepares us to begin a fantastic adventure, or a game. This mocks and reflects the expectations people have for transmediale events, which are entertaining, often interactive 1-2 hour activities that leave you with the satisfaction of having learned something. 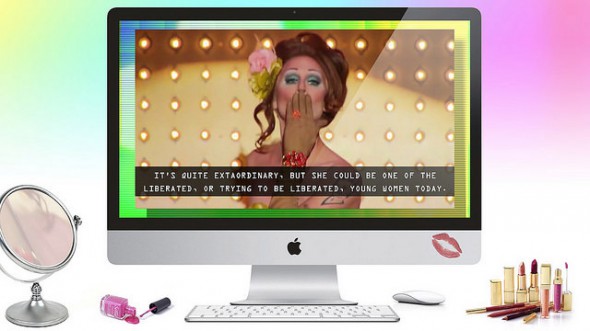 Conference lectures were insightful but regrettably short, the speakers having only enough time to summarize their work without being able to develop a more in-depth argument. The festival is valuable in presenting a diverse scope of opinions, everything from unMonastery’s absurdist installations and workshops to conference panels on the radical potential of gaming sociabilities. Of course, for a public conference, a balance has to be met between communicating new theories and sustaining people’s interest.

At the screening of the temptingly titled ‘The Capitalist Religion,’ which was sold out, people sat on the floor to watch. After the first 15 minutes of the dense, hard to follow montage of text, music, and dull, repetitive clips, people from the audience began to get up and leave, ironically affirming the film’s critique of our lack of focus, and aversion to investing time and effort into a topic when all the information comes so easily at hand, available immediately on your smartphone in a Wikipedia summary. I agree with the people who left: the film was inaccessible and at times frustrating, but I form that opinion having stayed for the entire film. 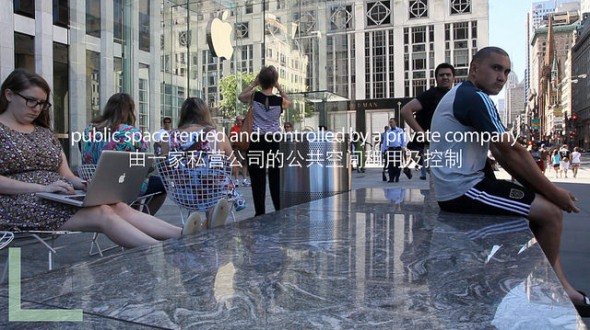 transmediale offers an insightful critical reflection on our digital culture but becomes lost in it. It shows with a jarring clarity how our culture is more adept at dealing with its symptoms than making structural or paradigmatic changes. As multiple forms of alienation appear in the workplace and physical and mental health deteriorate, we are presented with various means of dealing with the repercussions through exercise regimens, medications or complicated diets, all of which only prepare us to withstand the increasing pressures of work and force us to work more to sustain our expensive self-improvement. The more the pace of life accelerates the more we practice mindfulness and attend yoga classes, the more dull our daily lives become and the more we compensate with fantastic video games and hyperreal graphics. We should be careful to not let critical and creative events of the transmediale become part of that process, where the simple contemplation of these problems is used as a satisfactory solution. I think the conversations the transmediale started should not be contained to the four days of the festival. The transmediale is not sufficient, and should not be sufficient: it opens discussion for us, and it is up to us to put in the effort to continue to educate ourselves and form critical opinions and creative responses. 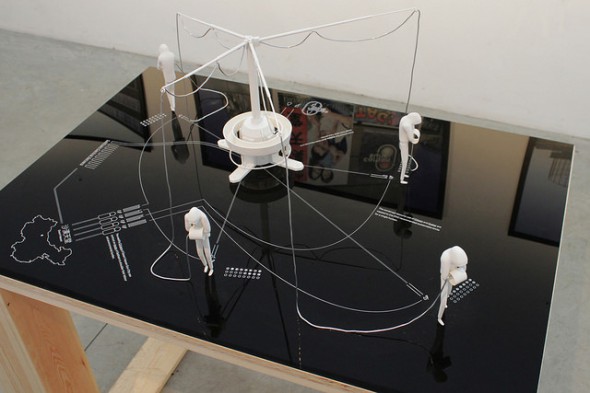