Filmmaking duo Rania Attieh and Daniel Garcia recently screened their feature film ‘H.’ at the Berlinale Film Festival. ‘H.’ is an apocalyptic narrative that follows two women named Helen, who never interact in the film but live in the same small town. The characters lead lives that are as much mundane as they are absurd. Both Helens struggle with issues of motherhood and delusion in their personal lives, while the workings of reality come loose. As the lives of the two women overlap loosely without touching, the film references the myth of Troy in a creative and unusual way, appropriating elements and indirectly borrowing certain themes. We had the opportunity to talk to Attieh and Garcia, and ask them a few questions that would provide a starting point for accessing their multifaceted and complex story. 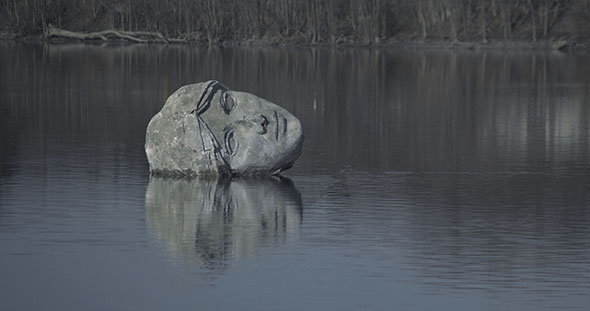 Alena Sokhan: You bring the parable of Troy into a modern setting in a very unusual adaptation. What about this story is relevant for you in a contemporary setting, and why did you do it in this way?

Rania Attieh & Daniel Garcia: We used the parable of Troy, and moreover the notions of classic Greek Mythology, or myth in general, as a very loose framework or backdrop. We had no intentions of doing a strict adaptation of any one work, but instead were interested in using the feelings and tropes of mythology to accentuate the narrative. This all came about because of our realization, during the writing process, that our narrative had many ‘tragic’ elements to it, and this made us see parallels to Greek Tragedies that we remembered from childhood and adolescence.

But this is not to say that we ran out and began reading up on Greek myths or specific references to beef up our script. Instead, we simply began infusing our memories of these myths into scattered elements of our narrative. In some cases, we even found certain coincidences between interpretations of the old works, and our writing. For example, we remembered that there was a theory that Helen of Troy actually had a double, and that the real Helen of Troy was not the one that was kidnapped -that was her double – while the real Helen of Troy was hidden away in Egypt. We then thought this was interesting that we already had two “Helens of Troy” in our script, somewhat coinciding with these mythical theories. For us, myths and legends are simply just good narratives that, because of their societal and cultural importance, have stuck around in our minds and constantly feed our interests. We are also fans of the never-ending endings that myths provide – like the woman that searched for her missing husband forever, and the woman who went into the forest and never came out – and so it made sense to us to try and end our characters’ narratives in such mythical ways.

AS: Would you identify a genre with the film, and which one or why not?

RA & DG: We’ve grown accustomed to speaking of the film as a sort of “Sci-Fi-Drama” but we are reluctant to put the film too cleanly into either of these two categories. In many ways, perhaps the film is simply our version of a Sci-Fi-Drama. 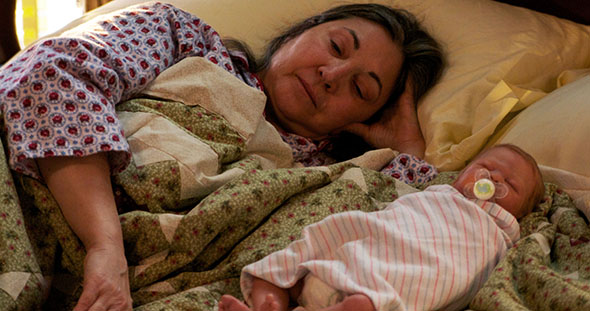 AS: Do you think the apocalyptic events in the film and the characters’ behaviors are realistic and to what extent are they so?

RA & DG: We went to great lengths in the writing of the film to create events that are ultimately realistic, which is to say plausible. In fact, almost everything in the film is actually based on real events that have happened in the real world. Everything from the Reborn-doll collecting, to the meteor explosion, to the large statue head that floats down the Hudson River, these were all taken from real events and news stories. As for the other events in the film, while things might seem strange and bizarre, nothing is ‘impossible.’ A lot of the societal effects that the meteor has on the town of Troy in the film were based on historical references of mass hysteria that have happened throughout time, some as recently as the 1960s. The fact of the matter is that strange things happen in the real world all the time. We simply used this as a starting point for the types of apocalyptical feeling we wanted to create, which was not the fire and brimstone and destruction that a Hollywood movie might chose to do, but instead, a subtler, perhaps more realistic portrayal of ‘the end of times,’ where chaos and destruction are found internally, inside households between people, or even inside our own minds/psychoses. 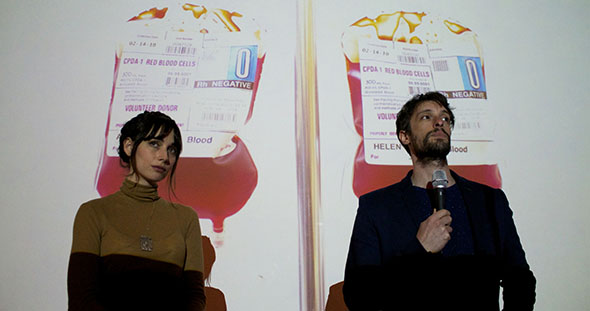 AS: Can you talk about the perversion of natural order in the film and what this says about contemporary society?

RA & DG: For us the perversion of natural order is itself part of the natural order, in the sense that man is an imperfect being whose motives are often ‘perverse,’ for lack of a better word. Obviously, this is not a novel idea, nor do we promote it as one, but it goes without saying that, dramatically speaking, having characters behave in ways that violate natural order is paramount to building acts. Perhaps more than anything, we were aiming to play with the notions of delusion in the film, self delusion to be more precise. Many, if not all, of the players in the film, can be said to be deluding themselves about their lives and situations. When the meteor comes into the town, and into their lives, it seems it brings with it something bizarre: realization. Perhaps it is this that sets everything into motion for the characters in the film, namely the two Helens (but also those surrounding them). For us, this notion of self delusion is a powerful one, and one that is generally pervasive in society as a whole. We all delude ourselves on a daily basis, which means that as a society these delusions sometimes overlap, at times creating what can be called a societal delusion, and this idea is fascinating to us.

AS: Many of the characters portrayed in the film seem to be anti-heroes – absurd, strange, and mundane. How do you develop your characters and what is your relationship to them?

RA & DG: Similarly to the narrative events in the film, we tend to base our characters on real life observations and inspirations. Of course, we also pull a lot from ourselves, our tendencies, histories, etc. It generally depends from case to case how we feel about our characters and what our relationships to them are. Sometimes we identify with them, root for them, or sympathize, but other times we look down on them and the choices we have to make them make. It just depends, but generally we try not to get too close to them, lest we find ourselves writing what we personally would do in any given situation, or, perhaps even worse, what we would want them to do. 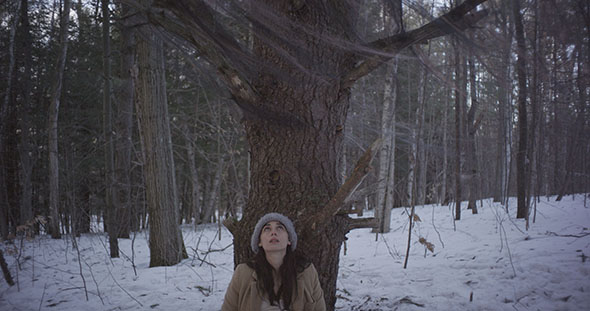