At the current exhibition at Galerie Judin, the Romanian city of Cluj appears as a city of connections: the exhibition locates itself at the crossroads of multiple histories and influences through the works of eight distinct artists. Appropriately titled Cluj Connection 3D, the exhibition is remarkable for its skilled works and refreshing cultural and historical intelligence. The show extends a responsibility on the viewer as well, to engage with the three dimensional objects. But just as a sculptural work cannot be seen in its entirety from one position, we also have to be aware of our limitations and possibilities when we encounter a different culture. The art in the exhibition has not been adapted for a Western European audience; instead it is our job as viewers to educate ourselves, consider the works with a critical awareness of the parts we cannot see. 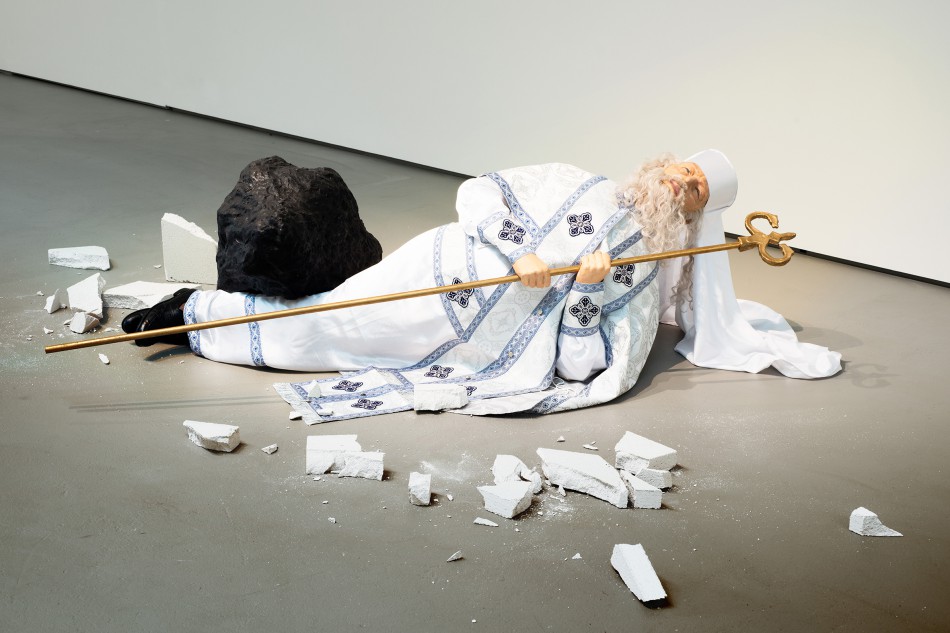 Ciprian Muresan: The End of the Five-Year Plan, 2004
Photo courtesy of Galerie Judin

In Cluj Connection, we encounter a culture where organized religion is still very much an authority over social life. Works consider the role of the church as an institution; The End of the Five Year Plan by Ciprian Muresan critiques the fact that church buildings remained protected from destruction according to five year plans while the houses of citizens were destroyed. At the same time, the process of Westernization has made a presence in Romania, with Lego blocks, Optimus Prime, and materials such as styrofoam. This adaptation and hesitant use of Western products provides a glimpse at how our culture might seem strange and confusing to other people. 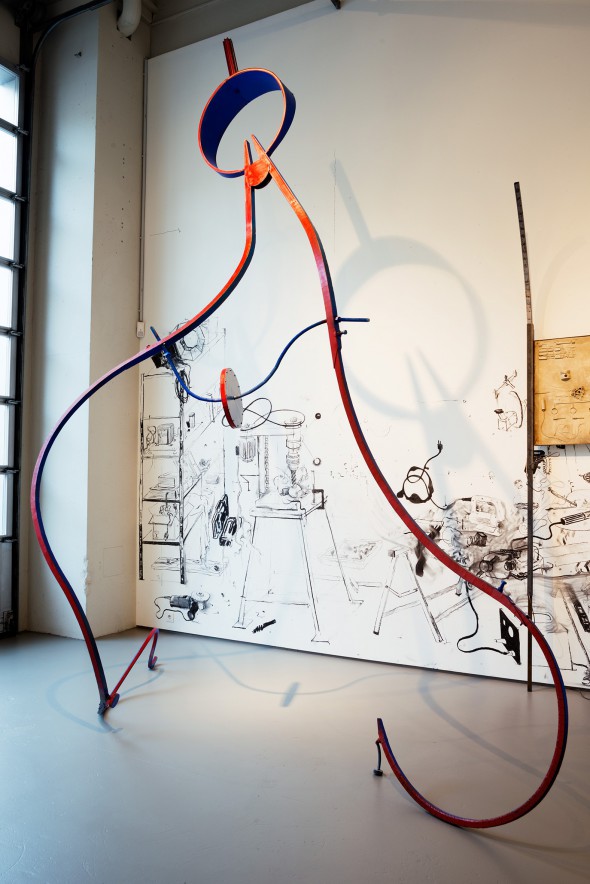 The artists all exhibit a commitment to their work: lamenting the post-historical, anti-intellectualist trend of much contemporary art, the artists ground their work in art history and skillfully manufacture their three dimensional pieces. While the artists value technical skill and theoretical grounding, the exhibition effortlessly resolves this with an appreciation for affective labor, with Gabriela Vanga materializing the hiatus she took from art making when she had her two children. 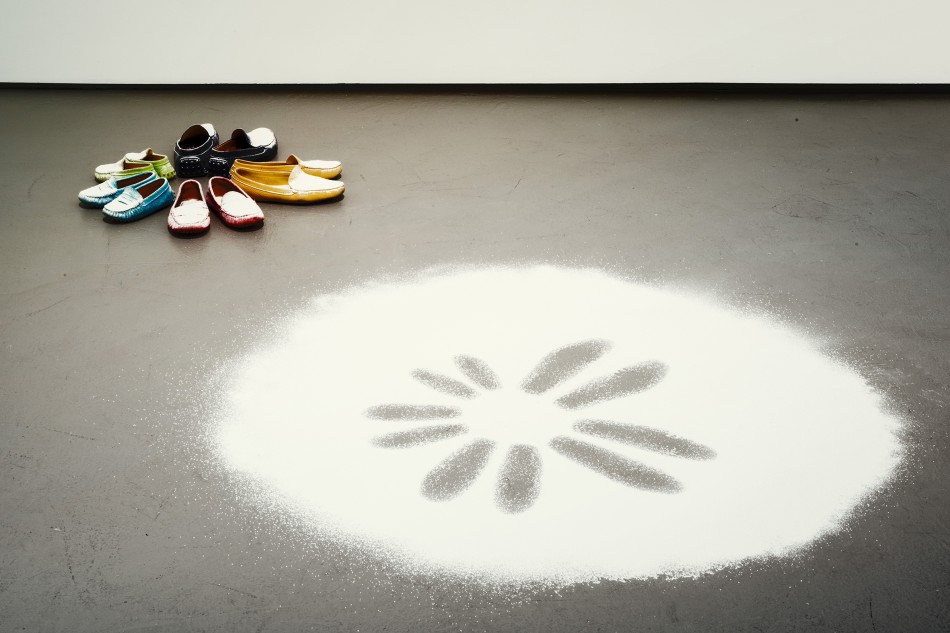 Also commendable is the fact that the eight artists in Cluj Connection 3D willingly show their work together – a practice not often seen in the art world these days. Mircea Cantor’s Hypothetical Geriatric Selfie openly mocks the self-obsessive state and destructive individuality of much contemporary art, tracing this trend back to the idealized proportions of the Vitruvian Man. 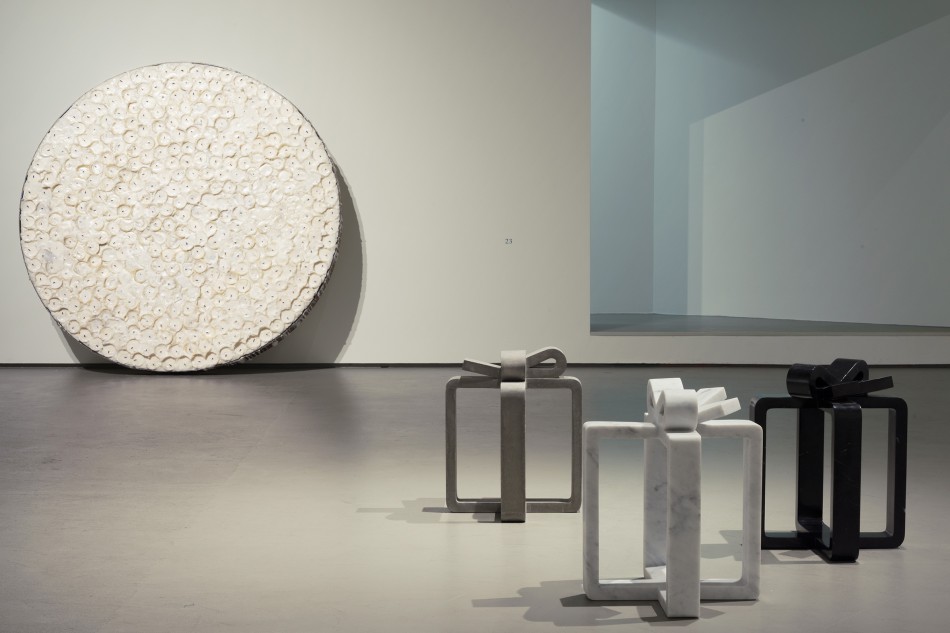 Keenly aware of theories regarding sculpture and its role in shaping popular public opinion, works expose the hollowness of monumentality through mockery: casting an Optimus Prime as a new messianic superhero, or making a 1:666 scale model of an enormous and very expensive cathedral that is proposed to be built in Romania. Lit from below like a monument, Radu Cioca’s life sized ceramic sculpture of two doves has an eerie and threatening tone when you realize the violence of the scene: one delicate, shiny ceramic bird has its head buried neck deep in the other. Superstition and danger lurking behind a facade of simplicity or innocence is a recurring theme: Razvan Botis hides a large knife in an otherwise nondescript houseplant, while Vanga constructs a life sized bow and arrow out of lego with her young son. 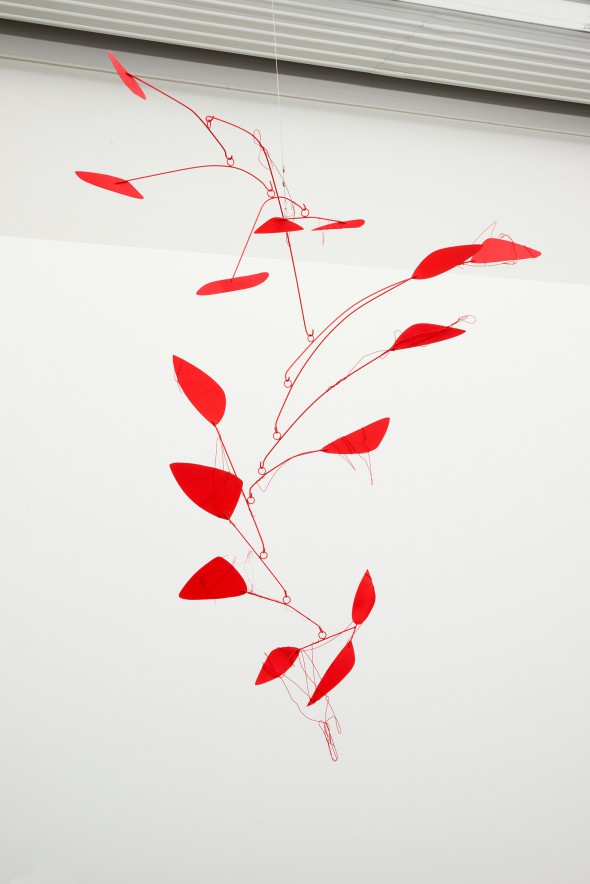 In Cluj Connection 3D we can how Romania preserves an abundance of culture, resulting in multifaceted works. Mihut Boscu Kafchin speaks about his own process of creation and lists the themes that come together in his installation work: machinery, poetry, anatomy, Tarot Cards and history, among other things, stating that his “work is just a consequence of their combustion.” Combustion appears a suitable term for the entire exhibition, which brings together a variety of fables, political theories, Old Testament parables, and materials that range from candles to black Marquina marble, through educated humour or a sharp critique.