O.K. – The Musical, written and directed by Christopher Kline, opened for the first time at KW Institute for Contemporary Art‘s fourth production of their ongoing One Night Stand series. O.K. – The Musical is a brief insight into the history of Kline’s hometown of Kinderhook, a small village in western New York, told through a series of brief vignettes. Although its subject matter is local in scope, the production is an international effort put forth by a dedicated community of artists, actors and musicians. The performance is the result of over a month of writing and workshopping at insitu, where visitors could watch rehearsals and help create the props and scenery used for the performance.

Local histories are rife with sentimentality, self-mythologizing and conflicting narratives, all things O.K. – The Musical handles with either wholehearted camp or deadpan hilarity. Several of the town’s famous residents, both real and fictional, make appearances or have their work referenced. The Legend of Sleepy Hollow character Ichabod Crane appears in the second vignette, when helpful Kinderhook townspeople advise an unlucky-in-love Ichabod. “Don’t lose your head Ichabod, it could be worse,” sing the townspeople before gently encouraging him to “lower your standards, don’t set the bar so high!” Just like in The Legend of Sleepy Hollow, poor Ichabod does lose his head, although not over a woman. In another vignette, the mythological Kinderhook Creature, a sasquatch-like animal that roams the Kinderhook countryside, holds his family tight and laments the cold Kinderhook winter. “Will we see the spring, or will we be with our parents in heaven then?” he wonders. 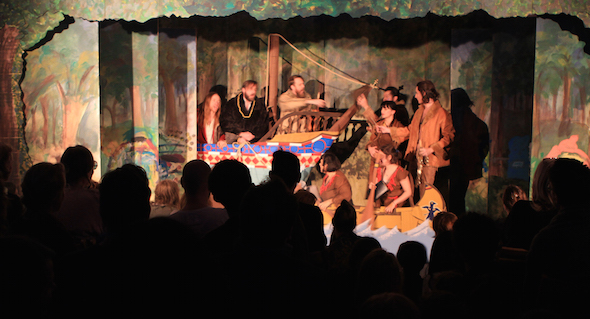 The darker, more serious moments of Kinderhook’s history are juxtaposed with the the kitschy cardboard set pieces and tongue-in-cheek costuming, as well as foreshadowing of events to come. The first vignette sees the indigenous Mahicans react to the arrival of Henry Hudson and the Dutch East India Trading Company. “We are the first of many – harbingers that one day you will be forced to move to Wisconsin and to work at the North Star Casino and Resort,” sing Hudson and his crew to the confused Mahicans. The fate of the Mahicans is indirectly revealed in the third vignette, when the ghosts of President Martin Van Buren and his niece argue about the Indian Removal Act of 1830. When his niece protests that Van Buren has essentially legalized genocide, he is indignant. “I don’t give a hoot what you folks say, I got a feeling my legacy’s gonna be O.K.,” he exclaims to his niece. It’s not O.K., as the playbill notes: he was a one-term president generally remembered for anti-abolitionism and for expelling a number of American Indian tribes (including the Mahicans) from their ancestral homelands.

O.K. – The Musical is a loving meditation on a community’s history and the people who have participated in its construction. It’s campy, gung-ho attitude is sweet without being overbearing or saccharine, and in the end the play feels less like it’s about Kinderhook and more about the people who came together to stage the musical. O.K. was, after all, built and performed by a group of people who will likely never set foot in Kinderhook, and who still participated with the excitement and enthusiasm of born-and-raised locals. 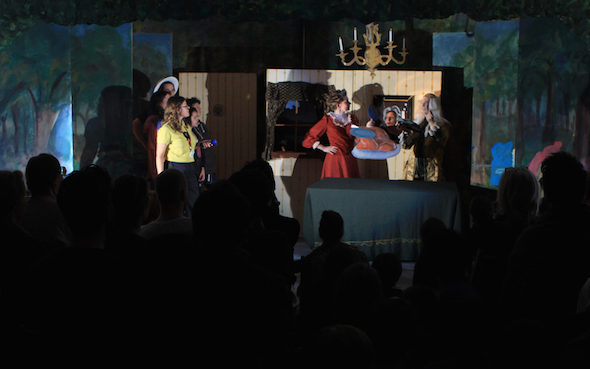