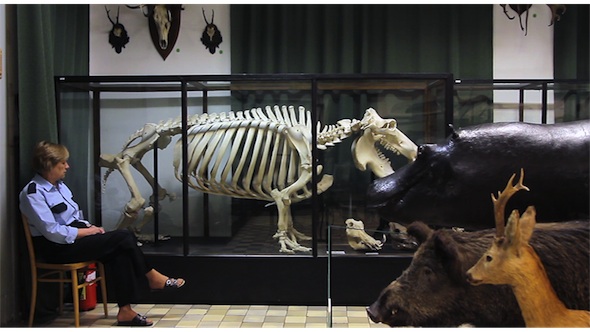 Louis Lumière‘s 1895 Workers Leaving the Lumière Factory is widely regarded as the first ever motion picture. It’s 46 seconds long and was shot in a single scene, outside of the Lumière Brothers’ factory in Lyon. Documentary filmmakers Antje Ehmann and Harun Farocki retrace this early cinematic curiosity with a series of over 400 short films looking at contemporary labour practices worldwide, filmed during workshops in 15 different cities. The exhibition Labour in a Single Shot at HKW presents the results of this extensive project, where labour appears in many of its vastly heterogeneous 21st century forms, from boardrooms to boudoirs. The exhibition is made up of 15 screens mounted in the main hall of the HKW, each showing a handful of two-minute films. In an impressive curatorial feat, the images and sounds complement rather than interrupt each other. There’s a unobtrusive, ambient hum in the room, as the films’ sounds are localized below their respective projectors.

The use of the term ‘labour’ (rather than work) in the English title of the show suggests an expanded definition of the theme, and provides a certain conceptual allure. In Hannah Arendt‘s 1958 book The Human Condition she distinguishes between three essential human modes of activity: labour, work, and action. Labour, for Arendt, is reproductive: it corresponds to biological processes and practices which are necessary for the maintenance of life itself. The proximity to necessity in this definition makes labour an unfree form of work, which is never-ending and produces nothing but itself. It is relegated to the domestic sphere and, according to Arendt, has nothing to do with the world of politics proper. Work, by contrast, corresponds to a fabrication of the world of things. Work is a distinctly human (non-animal) activity, governed by human ends and intentions. 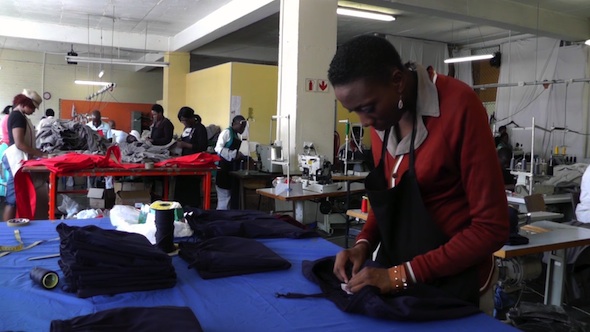 Despite the exhibition’s promising title, unwaged, reproductive labour is decidedly absent from the hundreds of examples of work shown. Sex and care work are, however, featured in the short films; a sex worker describes the best way to give a blow job, while, on another screen, a care home worker helps a woman move from her bed to her wheelchair. Affective forms of labour do appear as well – most notably in one shot of a heavily made-up entertainer, possibly in a shopping mall, energetically gesticulating among her costumed counterparts as they attempt to sell an unknown product. The forms of work on display range from the banal to the unfathomably intricate, from solitary to chaotic. We’ve seen many of these images before: the cramped quarters of a factory in Hangzhou or a butcher’s bloody sidewalk set-up in Cairo. It’s only when the images that feel more close to home appear – a young woman working on a text lies on her side in bed, the laptop she’s writing on dejectedly tilted sideways as well – that we recognize how aestheticized the images are. The selection aims to be all-encompassing, but it is not without judgment value regarding the nature of labour: the common denominator for inclusion seems to be wage.

This was a disappointing revelation given the potential contained in the title. The opportunity to reclaim labour from its debased position in Arendt’s account, by placing it alongside the many examples of the ways in which people work worldwide, was unfortunately lost. Instead, the project remains within the confines of a capitalist valorization of work based on its productive, monetary value. The tireless domestic and emotional labour of child-rearing, among other forms of care, goes unexplored, leaving us to wonder just how far we have come from the 1895 understanding of labour, and whether this visual project is as groundbreaking as it might initially seem. 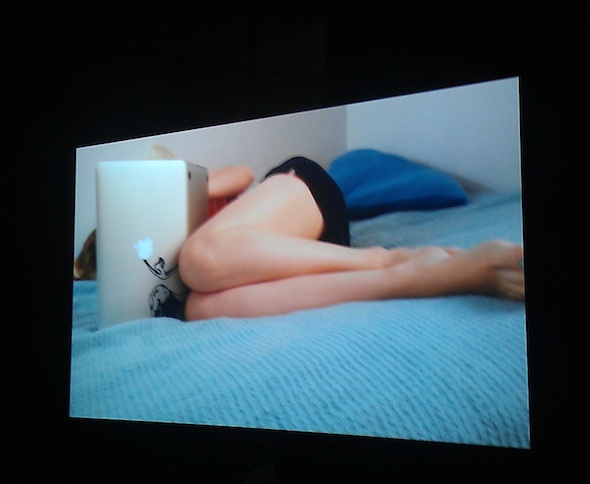 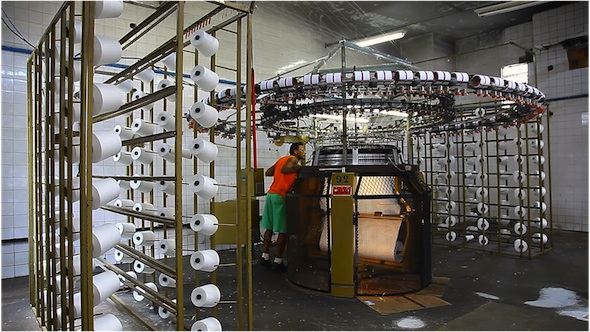