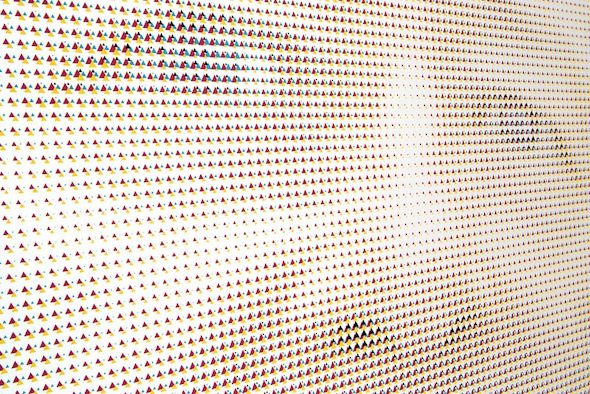 NOME will be opening its doors for the very first time on May 22nd with its inaugural exhibition, Overexposed, a solo show by conceptual artist Paolo Cirio. The gallery seeks to highlight the intermingling between art, politics and technology in order to “raise critical awareness regarding the crucial issues facing our age” and showcasing the works of Paolo Cirio as its first project is certainly an effective way to do so.

Overexposed has been described as a public intervention, in which the artist has disseminated unauthorized photos of high-ranking U.S. intelligence officials in a satirical and thought-provoking way. The photos, which were obtained by hacking various social media platforms, have been enlarged, reproduced, and spray painted onto public walls in New York, London, and Paris, using an HD Stencils graffiti technique. For the show at NOME, however, these photos will be presented on photographic paper and as canvas paintings. In light of recent controversies surrounding intelligence and mass surveillance, Cirio has reversed the roles of censor and censored, taking intimate photos of NSA, CIA, and FBI officers and exploiting them in a way that those pictured cannot control. Cirio thus subverts the realms of public and private life, exposing- or, rather, overexposing- those who are normally responsible for controlling that which we do or do not see. 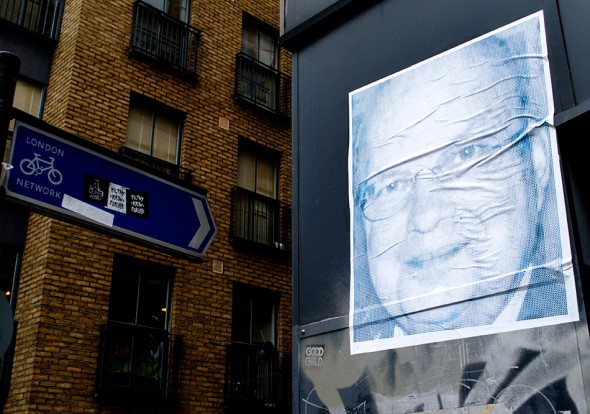 Cirio’s past works have included ‘Loophole for All’ (2013), in which the artist committed corporate identity theft of over 200,000 Cayman Islands companies to put them on blast for legal and tax evasion, ‘Street Ghosts’ (2012), a project that consisted of creating life size images of people found on Google Street View and pasting them in the exact places where the photos were taken, and ‘Persecuting US’ (2012), in which Cirio gathered the information of 1 million Americans following the U.S. presidential election, sorted them based on political affiliation, and reorganized them on an online platform for scrutiny and persecution.