Aurora will be returning to the Dallas Arts District this October with its biannual new media art experience and is looking for artists to join the 2015 program. This year’s theme, ‘All Together Now’, will explore the role of synesthesia (joining of the senses) in artistic production and experience, employing various mediums and technologies to create an aesthetically stimulating, free, public art event for one night only. 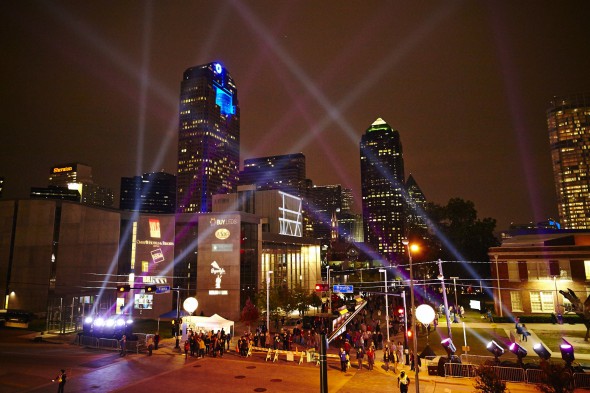 With the help and collaboration of six curators, including Aurora’s co-founders Shane Pennington and Joshua King, as well as open call and independently selected artists, downtown Dallas will be transformed into “an open air, urban playground of new media art”. Aurora is on the lookout for artists specializing in light, video, sound, digital, internet-based work and/or performance and will be accepting theme-related project proposals from now until June 15th. 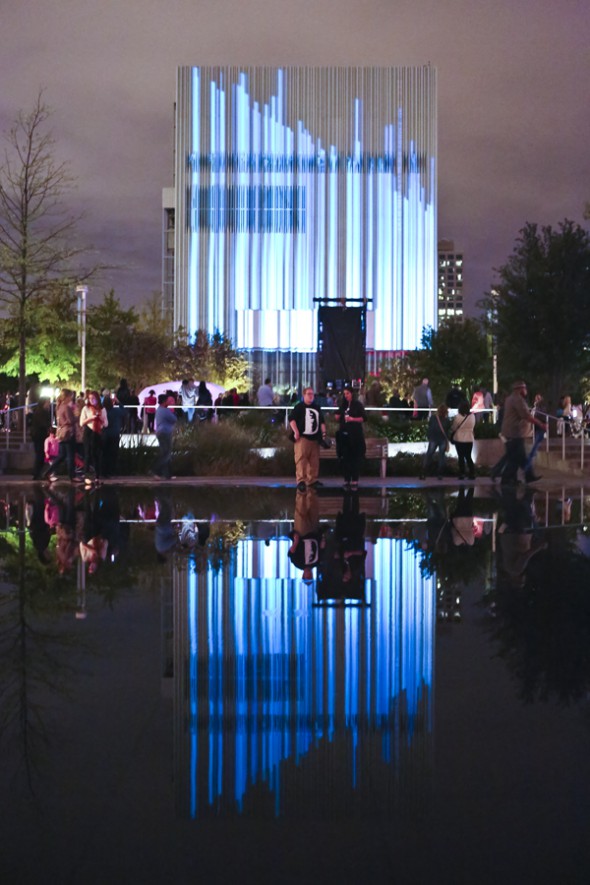 This year’s Guest Curators include:
Aja Martin: Director of Zhulong Gallery in Dallas
Tim Goossens: Previous assistant-curator at MoMA PS1, Director of Envoy Enterprises, Curatorial Advisor at The Clocktower Gallery, Adjunct Faculty at Sotheby’s Institute of Art in New York City, and recently named “Intergenerational Curator” in Interview Magazine’s ‘15 Faces of 2015’
Carson Chan: Independent curator, writer, and Editor-at-Large of 032c magazine in Berlin
Julia Kaganskiy: Founding Director of New Inc at the New Museum in New York City and previous Global Editor of The Creators Project partnership between Vice and Intel.
Each curator will organize his/her own section under the all-encompassing theme ‘All Together Now’.

Prospective artists are encouraged to propose works using “unexpected materials and technologies to create transformative reactions that play on the imperceptible borders between the five basic senses”. The deadline for submissions is June 15th and more information about past events and how to apply can be found on www.dallasaurora.com.