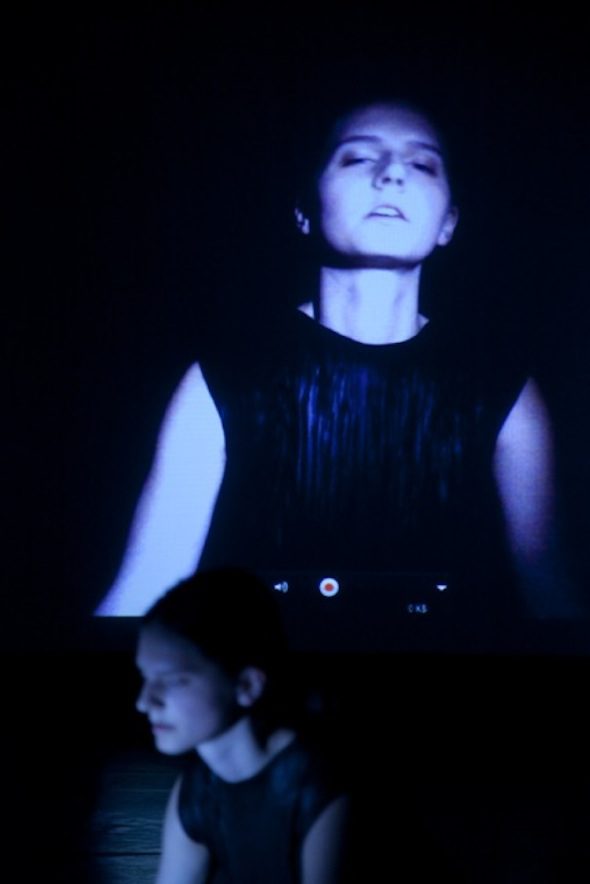 Next Monday, June 1st, at 8pm, the Collegium Hungaricum Berlin (CHB) will be hosting the June edition of its Montag Modus performance series. The monthly series encourages performance art in all its forms, exploring various questions and relationships as part of the Collegium’s ‘Berlin Dream’ project. This month’s series will focus on “Zeitgeist and Body”- the relationship between Berlin’s “spirit of the time” and the physical body – and will include performances by Miriam Kongstad, Mirjam Sögner, and Howool Baek & Matthias Erian. The CHB has welcomed these artists to make use of its space, both black box and exterior façade, to deliver messages of alienation, over-stimulation, digitization, self-perception, and more.

Danish artist Miriam Kongstad’s ‘Holy Progression’, which premiered in April 2015 at Uferstudios in Berlin, is a solo dance performance addressing emotions of overstimulation and speed in society. Cities can both welcome and overwhelm, constantly moving towards progression and optimization, rewarding to those who stand out, and unforgiving to those who wish to move at their own pace. Kongstad focuses on the effect these motions have on the body as we fluctuate between human being, machine and animal. 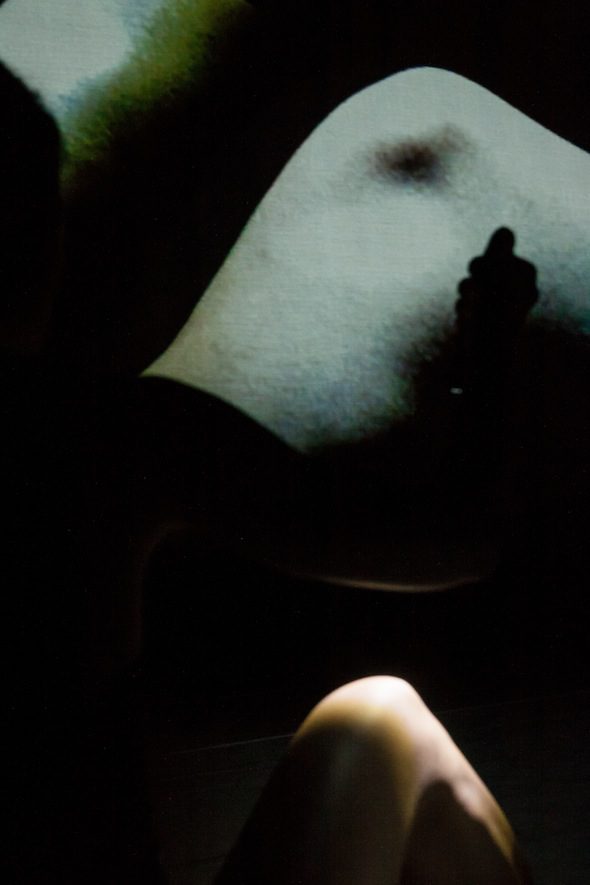 Mirjam Sögner, an artist and choreographer from Austria, will also perform a solo dance piece, titled ‘Lara’, which interprets the movements and patterns of the animated protagonists of early computer games. Sögner highlights the errors made by these games while attempting to artificially reconstruct human movement by doing just the opposite, recreating the digital movements in live, human form. The artists thus subvert our notions of originality and imitation, reality and fiction, human and computer. The piece premiered in March 2015 at HAU3 in Berlin.

In ‘NOTHING for 60 min’, Korean choreographer Howool Baek and Austrian composer/live performer Matthias Erian address the differences between the way we know and perceive our bodies and the way others do. Using dance and video as means of translation and recognition, the artists present an image of perceptive alienation and separation in a piece that was originally performed in October 2012 at the International Performing Arts Festival in Seoul.