From U-bahnhof Podbielskiallee it’s a 20-minute walk through green forested parks to arrive at Kunsthaus Dahlem. There are, of course, less scenic and more efficient ways to get there, but the walk felt fitting for an arrival at this Nazi-era building, tucked in the woods and weighted with history. The atelier was originally built for the National Socialist sculptor Arno Breker in Berlin’s Dahlem district between 1939 and 1942. The Kunsthaus is set to be revived as an exhibition space for post-war Modernist art of East and West Germany. 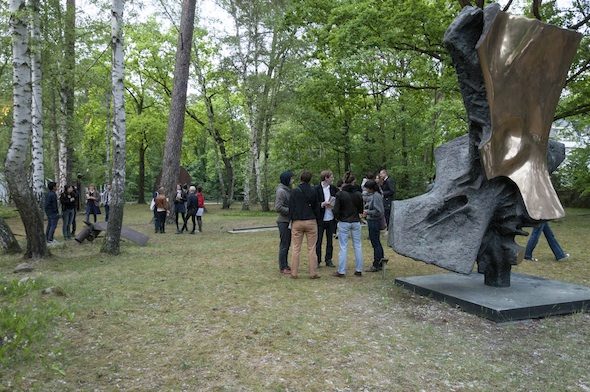 For one night only, Neue Berliner Räume presented a series of works in the nearly-renovated site of the future Kunsthaus Dahlem, scheduled to open to the public this summer. The exhibition, Where the Place Begins / Five: Stone is Laid on Stone was the last in a series of events produced by NBR over the spring, drawing attention to the historical dimension of the location. Each contribution to the program indicates a point from which the place begins. The final show before the official inauguration included artists Vajiko Chachkhiani, Amir Fattal, Sonja Hornung, Lynne Marsh, Alessandro Rauschmann, Sonya Schönberger, Dan Stockholm, Lukas Töpfer, and Gernot Wieland.

The already hallowed halls of this building were a striking backdrop for the musings on memory produced by these artists. Approaching the building there seemed to be a nice summer garden party, in the sculpture park at the periphery of the museum grounds. Yet inside the exhibition had much less festive tones. The first piece to catch the visitor’s eye was a live sculpture by Alessandro Rauschmann– a draped figure sat inside of a kayak on the floor of the entrance hall, blood dripping into a vial from a tube in his arm. The performance was meant to signify the cultural phenomenon of ‘death boats’ common to some indigenous tribes, to channel the dead to to seek protection. An eerie beginning to the night, the piece was viscerally powerful.

The brightly lit main hall (mittelhalle) of the building is left mostly as a space for reflection, with the accompanying program guide labelling it a “space for grand plans.” The ominous tone of this description embodies both the initial function of the building and its future use: “Never again will this country build a place like this one for its artists.” With the 9 metre ceilings and high windows, it’s an interesting space to stop and think about the history of the place, and the potential for new beginnings. 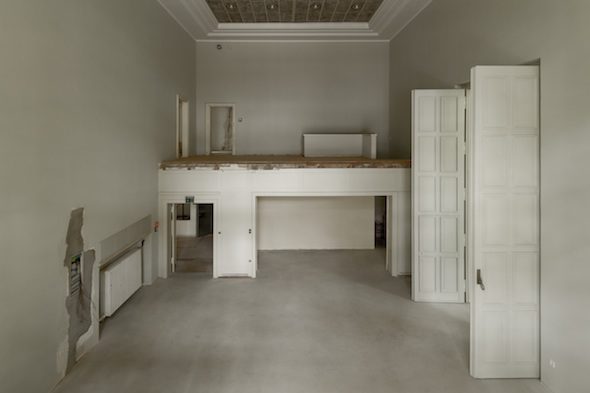 In the so-called ‘Heiliger-Atelier’ (named for the Bernhard-Heiliger-Foundation which had its seat here since 1995), the bulk of the exhibition is presented on plinths. Sonja Hornung‘s ‘Comfortable, In Spite of the Comfort’ is a postcard project that traces lines of tension between certain artists, institutions, and power structures throughout the history of the Kunsthaus Dahlem’s governing coalition, established in 2013. Next to Hornung’s plinth is an audio recording by Sonya Schönberger entitled ‘André & Arno.’ The site-specific documentary performance focusses on an 1979 interview with the sculptor Arno Breker, for whom the former state studio was built.

One sculptural work in the atelier, by Vajiko Chachkhiani, has gained a second life, as it was moved to rest on a plinth at the campus of the Freie Universität and where it will remain until July next year. The sculpture that was originally on the plinth has been moved to Kunsthaus Dahlem, where it will be shown as part of the first permanent exhibition for the next two years. The plinth and its historical weight are explored in this exchange, as Chachkhiani’s burnt branches will take the place of a 1953 sculpture by artist Karl Hartung. 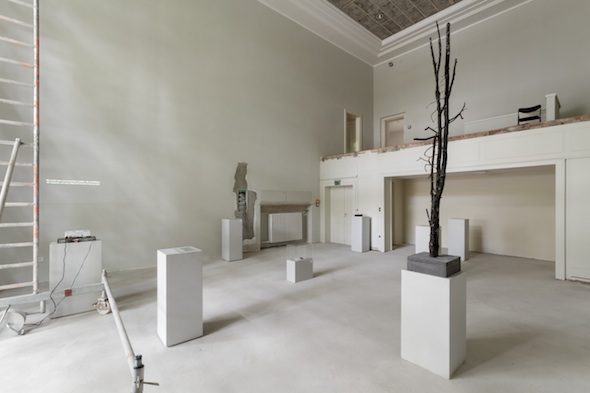 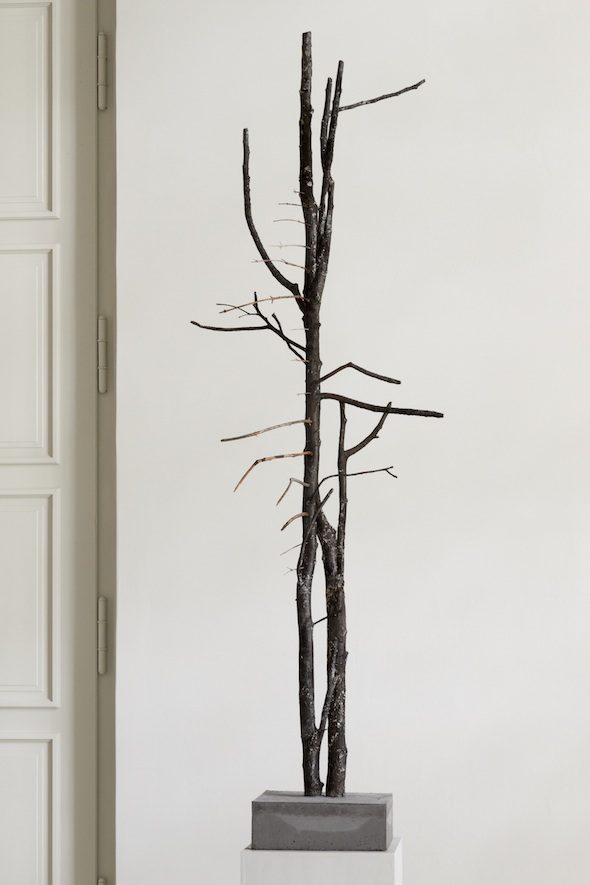 In the sculpture park outside, the serene setting is enhanced with a musical piece by Amir Fattal. Fattal has been researching the work of Richard Wagner, and reworking its central motifs in unexpected ways. The evening at Kunsthaus Dahlem was a promising prelude to the opening of this space, as the participating artists delve into the complexities of the place itself. Curators Valerie Senden and Manuel Wischnewski, put together a hauntingly beautiful display, which, without being overbearing or overly aestheticized, managed to leave room for the very personal contemplation of the site and its multilayered history.

A publication by Lukas Töpfer will be presented at Kunsthaus Dahlem on June 14th.