Anne Duk Hee Jordan’s studio is a cross between a metal workshop and a wunderkammer, neatly divided down the middle. Against the far window sill she has carefully placed a cabinet of rare curios: turtles and other creatures in fluid-filled jars, and a mummified cat that she came across in the remnants of a burned out building outside of Berlin. 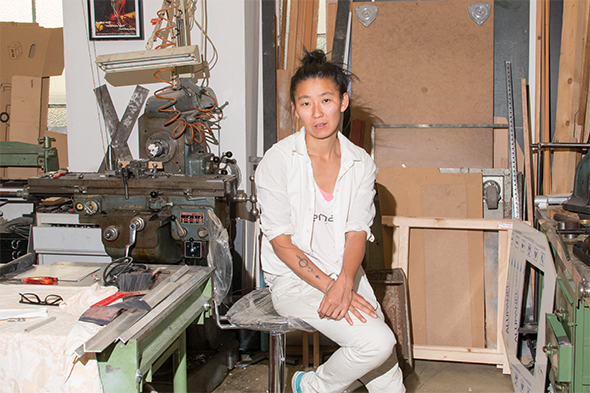 Hanging from the ceiling is an altered bike that the artist refers to as a strawberry cannon. The studio is eclectic, with finished works woven into the space in such a way that, as a visitor, you have to separate them visually from the raw materials, like a real-life iSpy game. 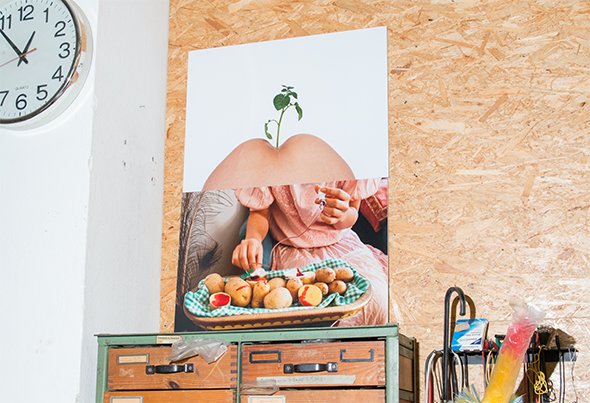 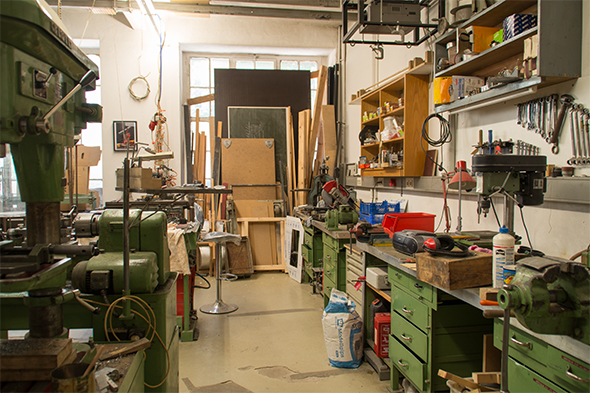 Around the cabinet of curiosities in the window-lit corner, she has placed some of her more scientific works, which are fascinating meditations on time and motion. Her installation ‘TLS: Taliban Last Stand’ (2013) takes stones from the Kandahar Airfield – American land within Afghanistan – which bear witness to the ongoing conflict there. The stones are rubbed together mechanically, to symbolize the long duration and to make perceptible the slow passage of time. Similarly, in her work ‘Obsidian’ (2014), an Icelandic volcanic rock is slowly grazed by an automized translucent crystal, which will turn the obsidian into a black mirror in a hundred years.

These kinds of durational works are part of Duk Hee Jordan’s overall interest in the crossroads of scientific experiment and spatial art practice. She was part of the first class of Olafur Eliasson’s Institut für Raumexperimente at the UdK. Her spatial experiments are not always monumental in scale but often deal with the process of repurposing and recontextualizing natural elements in our everyday lives, to a renewed and aesthetically beautiful study of our surroundings. 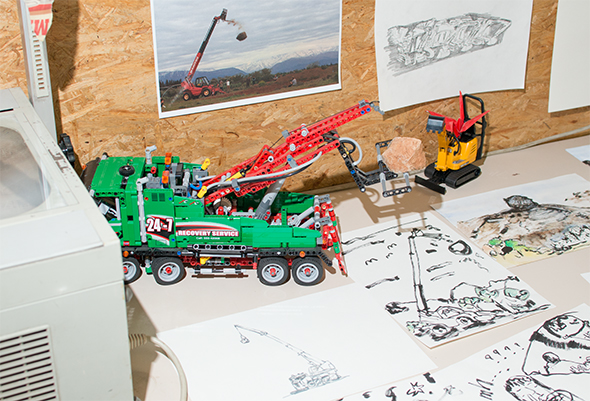 One of her recent, larger scale projects was a collaboration with Israeli artist Shira Wachsmann, wherein the pair effectively turned an M2 tram into a biotope or greenhouse full of plants. In ‘Metrotopie’ (2011), the tram travelled from East to West in search of geographic acupoints that would reveal Berlin’s still divided social and political elements, more than twenty years after the fall of the wall. 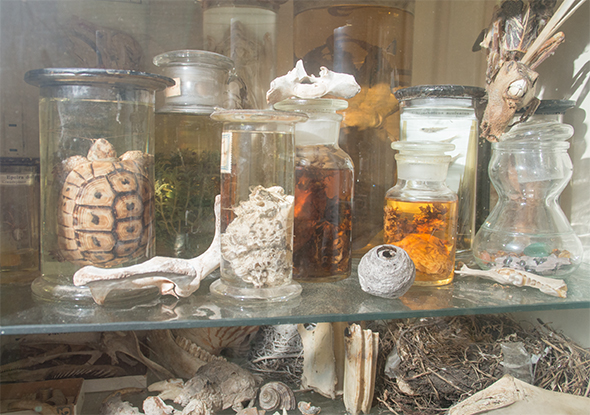 A recent show at nGbK ‘Natural Disaster’ 2014 again deals with time from a natural perspective. Her central piece ‘Sonnenblumenuhr’ (Sunflower Clock) acts like a sundial, as the installation reveals the sunflowers movement following the sun, in a captivating shadow play reminiscent of Bauhaus bigwig Lazlo Moholy-Nagy’s famous light experiments. Duk Hee Jordan presents the movement of time as a human construct, by manipulating the sunflower’s movement with artificial light. 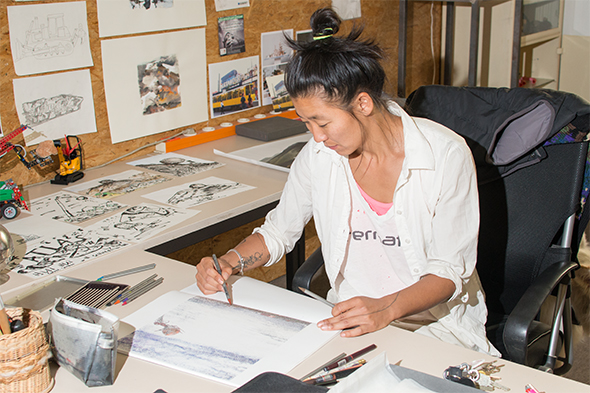 The artist’s Neukölln studio is ideally situated on Kottbusser Damm, but tucked in a serene back courtyard away from the heavy traffic. As both a site for scientific inquiry and heavy construction, the contradiction seems muted by the artist’s own inquisitive nature. From animals and minerals to near-nude food related photography, Duk Hee Jordan’s work is all-encompassing. What’s clear is that her oeuvre is decidedly process-based, with few works seeing ultimate finality. Each experiment lives on in her studio, away from any audience, yet nevertheless still in motion.