This past weekend Berlin Art Link visited Moss, Norway to check out the opening of Momentum, the 8th Nordic Biennial of Contemporary Art. Divided between the Momentum Kunsthall and the extravagant grounds of Galleri F15, the exhibition showcased multimedia works in fragrance, sound, 3D, apps, installation and performance. The theme for this year’s event was Tunnel Vision, focussing on the isolating phenomena symptomatic of contemporary culture and society. In relation to the traditional notion of the ‘artistic genius’, this exhibition presented the 21st century equivalent, as individualism is encouraged and enforced by our methods of information absorption. The biennial explores “compressed consciousness” which, the curators suggest, might appear as “incestuous, navel-gazing, and idiosyncratic.” 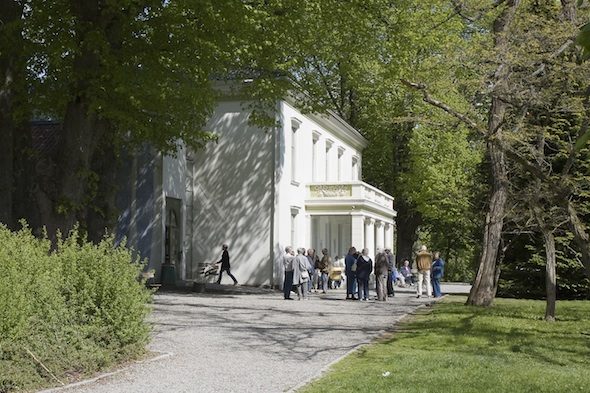 The biennale was cohesive and well curated by the four collaborative curators: Jonatan Habib Engqvist, Birta Gudjonsdottir, Stefanie Hessler, and Toke Lykkeberg. The size of the space and number of works made the exhibition refreshingly digestible and allowed for enough time to gather an in-depth understanding of each exhibited piece. 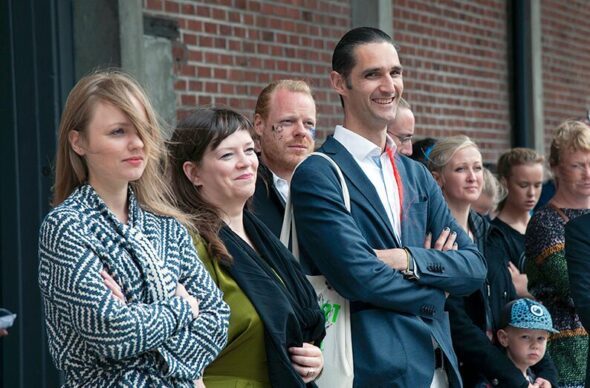 Here’s a list of our Top Six Highlights from the exhibition, which will run until September 27th.

Agnieszka Kurant’s sculpture, ‘Air Rights 2’, is a levitating meteorite suspended in the air. Visually confounding, the piece appears to defy gravity. As with other works in her oeuvre, this sculpture lays bare the invisible agencies at work under capitalism: speculative values, virtual capital, and immaterial labour. Kurant is part of the Young Collectors Council at the Guggenheim in New York, where her work is currently being exhibited in the show Storylines: Contemporary Art at the Guggenheim. 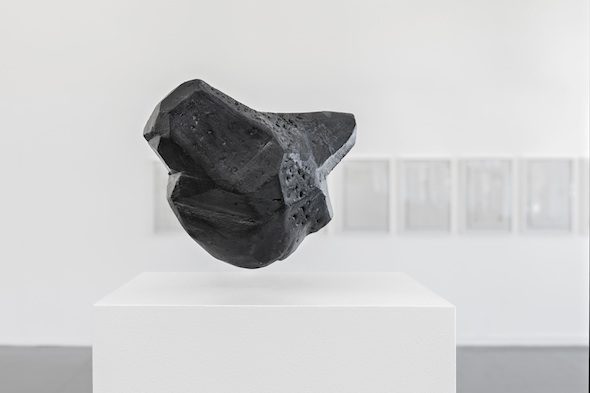 Live Action Role Playing (LARPing) has been popular as long as gaming has endeavoured to take on a real-world dimension, and artist Brody Condon has made use of this bizarre past-time in his performative film work. For Momentum, he presents ‘Future Gestalt’ – a cross between a therapy session and a life action role-playing event. The LARPers were present at the opening weekend, as Condon filmed a live therapy session, enhanced by an over-identification with fantasy characteristic of role-playing groups. In these semi-fictional worlds, Condon describes his role as a “lurker” rather than director, as he facilitates situations for acting out deeply-rooted feelings and fantasies in an aesthetically coded environment. The unexpected appearance of the ‘Future Gestalt’ LARPers at the Saturday night opening party proved to be pleasantly awkward. 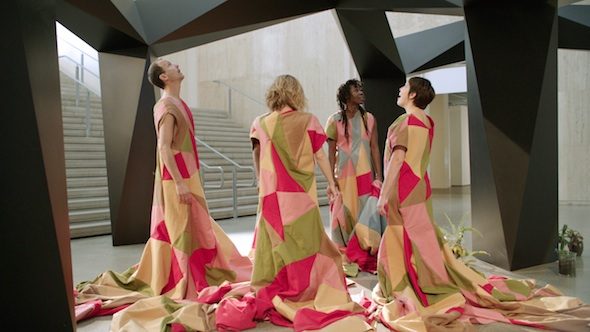 A site-specific work by creative duo Lundahl & Seitl is not to be missed at this year’s Momentum exhibition. The interactive piece invites visitors to be guided ‘blindly’ around a room in the museum. The covered goggles prompt visitors to access their own archive of lived experience to enhance recent impressions from the exhibition, appropriating concepts and features signified in the art works, as well as deeper layers of personal memory.

With the perceptions of the visitors as the medium of the work, ‘Symphony of a Missing Room’ creates a closed system in which reality entirely originates from the perceiver as a form of projection. The space itself is internally created by the visitors’ imagination, as they are taken by the hand in a carefully synchronized soundscape visually accessible only to their mind’s eye. Staged at the entrance of the exhibition, it was also entertaining to watch the other visitors going through the same experience from an external perspective. 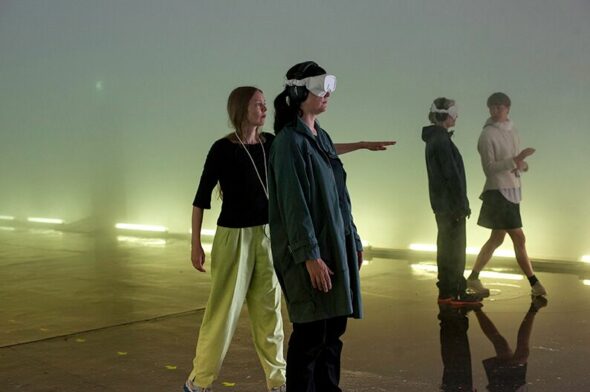 In a similarly therapeutic gesture to Condon’s piece, Johanna Heldebro’s photographic series ‘To Come Within Reach of You’ presents stalker-like images of her father, Gunnar Heldebro as she effectively spies on him. After having an affair and moving to Canada to start a new family, Heldebro’s father returned to Sweden. In the series, she evokes the simultaneous distance and intimacy of her relationship to her father. The work plays with currently well-known ideas of privacy and surveillance. She transforms a familial relationship into an obsessive and violating one, reflecting her own complicated feelings about her father’s departure and return. 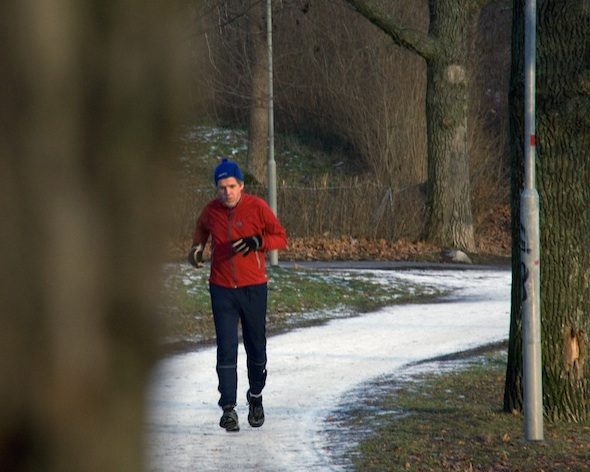 Swedish performing artist Zhala and treated the museum audience to a mesmerizing live performance at both the exhibition opening and the following opening party, which included an unexpected pre-performance rose water spray on the audience and handing out of sunflower seeds by her performance partner Tony Karlson to set the mood. Her futuristic and eerie music is described, in her own words, as ‘religious rave’ or ‘cosmic pop.’ Zhala is one of the founding members of Stockholm LGBT club ‘Donna Scam’ and is, so far, the first and only artist signed to Robyn‘s label Konichiwa Records.

Zhala was invited to create a soundtrack for Momentum 8, which will play throughout the exhibition’s different venues and events, provoking sensations of déja vu. 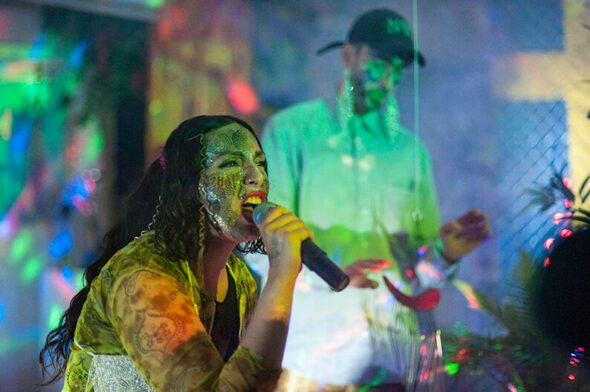 Berlin-based artist Julius von Bismarck meditates on motion and its effects on the mind and body in his piece —. A modified car spinning on its own axis is placed in the gallery, and during the opening von Bismarck sat inside the dizzying installation. For a time, the artist was rotating on another axis from that of planet Earth, as well as the people in the gallery: the car contains a self spinning around itself.

A similar work ‘Egocentric System’ was presented at Art Basel this week, where von Bismarck will has been living on a revolving platform for four days: sleeping, reading, and walking around on the saucer throughout the opening weekend. The concept only functions physically if von Bismarck manages to focus on the interior, ignoring the outside world. As soon as his gaze focusses outward, nausea is imminent. In this sense, the piece presents a very real world of one’s own that is dependent upon pure egocentrism.