Learn to speak the universal language of sound with Arte.tv‘s latest project, The Soundhunter Project. The project has been described as a “collective international musical experience” in which participants observe, record, compose and communicate music and sounds from their everyday lives. Drawing inspiration from Pierre Schaeffer, “the father of musique concrète” who redefined the way we define music and sound, The Soundhunter Project is an exercise on sampling, in which Soundhunters will “capture the world in samples and transform it into music” in the form of a final “interactive documentary experience”. 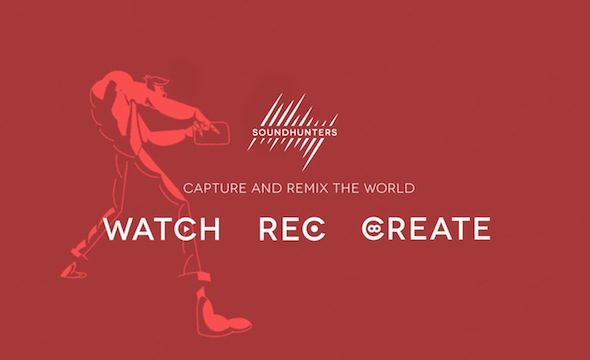 The project is comprised of three components: a website, a mobile app and a 52-minute TV documentary. Those interested can watch a number of interactive documentaries, including Daedelus‘ exploration of Berlin through music and sound, titled Lucid Dream, Ethiopian music producer Mikael Seifu‘s Lasgidi, which takes a look at the prominence of Pidgin English as a lingua franca in the African city of Lagos, Simonne Jones‘ study of Guarani Indians in Sao Paolo in Sound Of Leaves, and Luke Vibert’s rediscovery of New York City in Speak The Words The Way You Breathe. Each musical artist’s perspective of these cities has somehow become intertwined with the sounds, music, and language of converging people and cultures. They have sifted through these sounds to create truly unique, interactive experiences for the public and you could do the same.

Think you might be interested? Hit record with the Soundhunters App and submit your tracks to http://soundhunters.tv/contest. The most popular track from the ‘Create’ section of the platform will be chosen as the soundtrack for the end credits of this year’s Soundhunters documentary film. Not only that, but Jean-Michel Jarre will choose 6 tracks to be featured on a unique music album to be distributed worldwide. Head over to the website for more information and be sure to submit your tracks before August 31st.