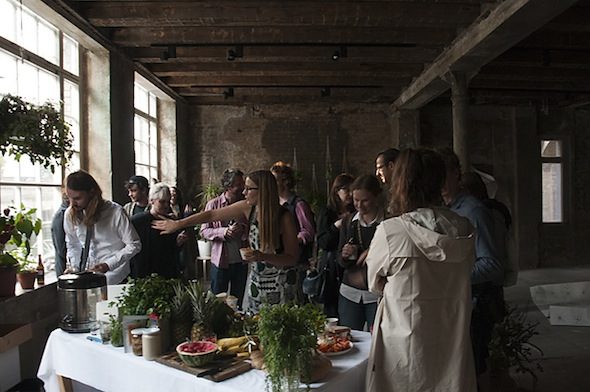 The Project Space Festival Berlin, August 1st to 31st, is back for the second time, showcasing art and events created and curated by Berlin’s thriving independent art scene. Everyday next month is a different event put on by one of the 30 participating project spaces. These events are as diverse as the project spaces behind them, from exhibitions in artist-run, non-profit galleries to an improvised nude drawing workshop in a public window display. During the festival, art and exhibition manifest in a variety of creative ways and settings, with exhibitions, installations, performances, discussions, film screenings, and publications hosted in unique gallery and off-site locations.

This year the project spaces were chosen for how they define and challenge what the title ‘project space’ can mean. Some are unlikely converted spaces, such as the SOX window display on Oranienstraße, and the four square-meter former ticket booth curated by Kreuzberg Pavillon. Others exist as once-only happenings or as a new exhibition series. Together the project spaces are defined by a rejection of a common definition. They share a resistance to the institutional mechanics and aesthetic priorities of commercial galleries and museums. The projects and the spaces themselves inhabit the relational gaps between artist and public, artist and curator, artist and artist. Works are created and performed collaboratively, by audiences, only once, or simply as concepts such as in STAGE FOR THE (IM)POSSIBLE, where the Kleine Humboldt Theater provides a platform for artists to relate, in which ever way they want, unrealised artistic ideas. 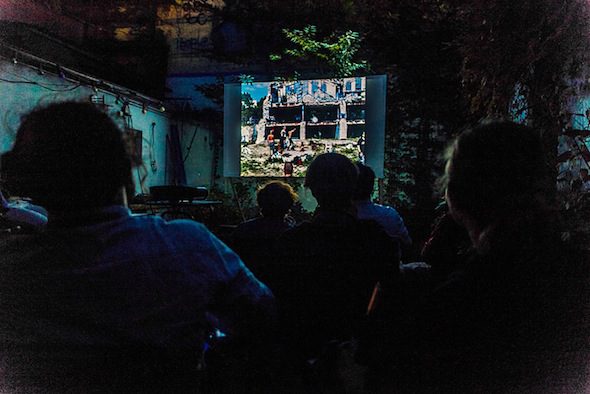 Conventionality is the antithesis of the festival’s aim. Decad’s event is a launch party for a new arts and culture publication, while Uqbar hosts a pop-up Iranian men’s underwear store. The first event on August 1st by Tête, combines video art and culinary delights with food as both a literal and a thematic medium. General Public’s round table discussion, titled What the f**k is a project space?, and Neue Berliner Räume’s publication On the End of the Project Space question the idea and success of Berlin’s project space community itself. Through a creative and alternative approach to art-making and exhibition, these spaces expand the perspective on what a space for art should look like, who should run it, and how it’s viewed by the public. The festival culminates in a final gathering where festival goers can mingle with project space members with an evening of food and music. Check out the festival calendar and see what Berlin’s independent art scene has to offer.