The 13th day of Project Space Festival brought a collaborative event organised by NOTE ON – a women’s collective consisting of Ulrike Gerhardt, Friederike Hamann, Susa Husse and Imke Kannegießer – together with artist Lerato Shadi. NOTE ON has been running on a nomadic basis since 2013, circulating around sites across Berlin, and creating temporary zones of critical engagement. 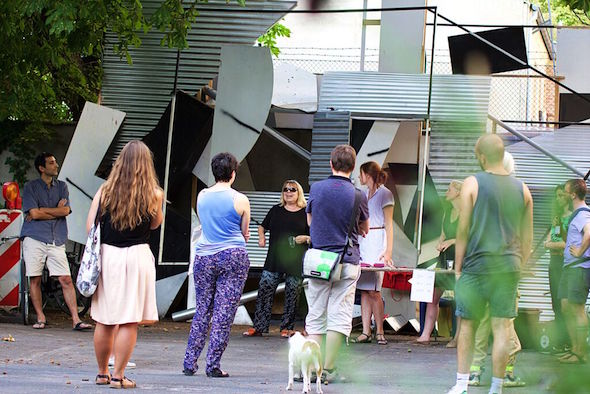 Their chosen spot for Wednesday evening was a recently discovered and little-known pocket in the backyard of Wiensowski & Harbord; a non-profit temporary gallery space at Lützowstraße 32. Uncovered just a few years ago by some Klasse Schneider Berlin students, a small network of rooms and corridors that are the remains of a Second World War bunker lie underground. A sizeable room found through some short, bending passageways is now used on an occasional basis for film screenings, housing no more than a projector and some provisional seats and pillows.

The event was a resuscitation of NOTE ON’s FilmKlub, which was established in 2013 as a forum for collective critical analysis and debate surrounding a film, or other time-based creative media, chosen by a participating artist. Here, South African artist Lerato Shadi was invited for the selection process, and after a short screening of her own work, Shadi’s suggestion of the 2012 documentary Jeppe was shown on Friday. Directed by women’s duo Shannon Walsh and Arya Lalloo, the film is shot over the course of one Friday in one of the oldest neighbourhoods in Johannesburg, Jeppestown, and explores the social and physical transformations that the suburb is undergoing. Whilst the film follows the lives of five male protagonists, the directors skilfully employ a feminine cinematographic lens, and cut straight to the heart of the intimate issues surrounding the construction of this particular community. 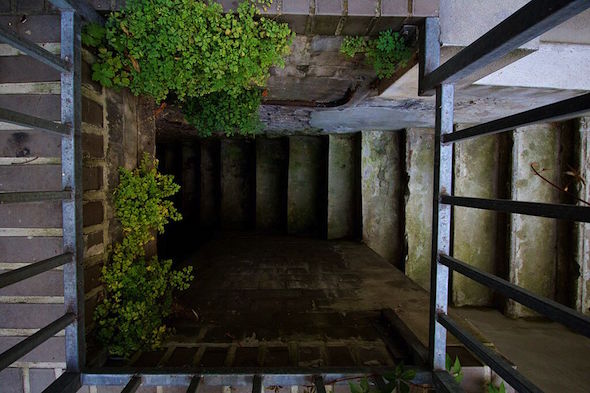 The film’s main theme of social community struck resonance with my experience as one of twenty or so disparate members of an audience, peppered with artists and creative thinkers alike, that gathered together to watch, discuss, and interact. This element was thrown into sharp relief by the eerie setting of the space we inhabited; the cool, damp rooms of the old bunker, which not long ago, but under radically different circumstances, formed the impromptu collection point for the people of a long lost community.