As one of the highlights of Berlin Art Week and one of the premier events of the Berlin art calendar, abc (art berlin contemporary) art fair is back for the 8th year, running from September 17th till 20th, 2015. abc invites local and international galleries to present the works of leading established and emerging, local and international artists, hosted at the former train station and historical landmark Station-Berlin, Gleisdreieck. Work by over 100 artist contributors from 17 countries will fill the halls, and we have shortlisted some of the stalls not to miss. Prior to the abc opening night, many participating Berlin-based galleries open their doors with exhibition openings across the city, for abc Gallery Night (September 16th). In no particular order, here are our must-see picks of abc 2015: 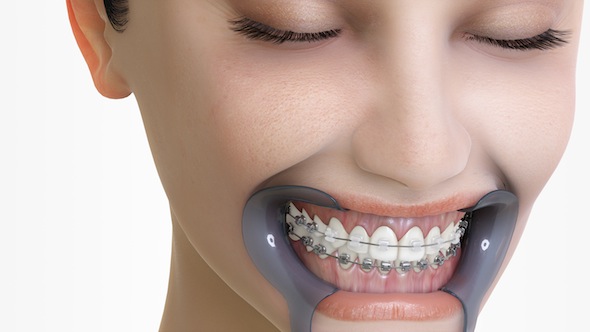 Kate Cooper’s February show, ‘Rigged’, at KW grabbed attention across the Berlin art world earlier this year, and with gallery Neumeister Bar-Am, we get to see more from the internationally celebrated emerging London-based artist. Cooper’s too-close-to-perfect CGI figures immediately evoke ideas about the gendered and commercialised digital body. Both transfixing and quietly disturbing in their familiarity, her specimens refer to a modern culture of image saturation, where concepts of gender and labour are mediated and performed through digital representations of the body. Cooper utilises the tools of advertising and entertainment worlds, bringing them into the gallery setting where their mechanics and effects are put into question. At abc we look forward to a new series exploring astrology, magic, and creative autonomy. For Gallery Night, Neumeister Bar-Am also presents a collaborative show from New York artists Aaron Graham and Bryan Morello who create photographic and mixed media images and installations, combining abstract and surreal imagery with the banal.

Between abc art fair, abc Gallery Night, and the current Camille Henrot exhibition, König Galerie have a lot to offer during Berlin art Week. Alicja Kwade has been making waves internationally for the last several years with her philosophical approach to questions concerning physics, astronomy, and the human constructs of time and value systems. Kwade uses sculpture and installation to investigate human perception of the natural and material world, often through a subtle subversion of how we assume a material should behave or by pointing out the arbitrary and fabricated nature of measured time or of the value of precious metals. Kwade’s work for abc, Goldvolks – 97 gold cubes hanging on gold chains – represents global gold reserves, the size of which is determined by the actual volume of gold per capita owned by the 97 countries whose reserves are publicly quantified. For Berlin Art Week, Kwade also has a solo show at Haus am Waldsee, and several pieces at Sammlung Boros, which will open its doors for appointment-free visits on the 19th and 20th. Joining Kwade at abc is local artist Jorinde Voigt, whose lyrical drawings and paintings contain a technical sophistication, combining a gestural looseness with complex systems of organisation. She references the worlds of science, music, history and culture with colourful figurative silhouettes and pencil drawn notations that appear both musical in form and mathematical in structure. Opening at König Galerie in St Agnes Kirche for Gallery Night are the heavily textured paintings by Matthias Weischer. His sculpturally layered surface, rich colours, and dense visual compositions, both abstract and dimensional, create a feast for the eyes. 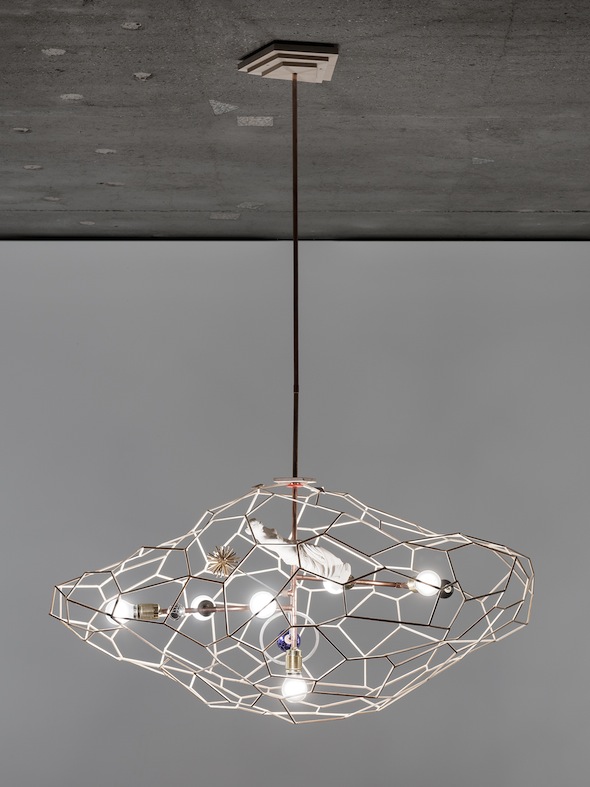 German artist, Björn Dahlem will be presenting at abc this year for veteran Berlin gallery, Galerie Guido W. Baudach. Dahlem’s sculptural installations create an investigatory world resembling a landscape of alien technologies, antiquated astronomy gadgets, and unidentified geometric forms. For his recent exhibition at Berlinische Galerie, Mare Lunaris, he composed a lunar landscape using simple materials – wood, metal rods, asymmetrical white plinths – where viewers can indulge in a sort of space exploration, divorced from the actual parameters of scientific practice. Dahlem’s interest in scientific phenomena, and the wonder surrounding it, provides the stimulus for the referential fantasy in his sculptures. Opening on Gallery Night at Baudach is an exhibition by painter Tamina Amadyar. Amadyar’s painterly technique of wide brushwork and thinly layered colour accentuates a flat surface texture, while her simple perspectival compositions give the large works dimensionality.

ATHR, a Saudi Arabian gallery with a focus on promoting exchange between contemporary Saudi culture and an international audience, will present three local Saudi artists at abc. The print and sculpture works of Nasser Al Salem draw from his formal calligraphy training to create pieces that underline the power the written word, particularly from an Islamic perspective. Al Salem’s works are playful in form, often being stylised designs of manipulated calligraphic Arabic words and lettering. His practice draws attention to the reliance on written language as a signifier of meaning, and its importance for cultural practices and religion. The works of Abdullah Al Othman are based on interactions with participants, where difficult and personal themes are translated into various visual mediums. For abc 2015, the medium is printed sound waves from sound recordings, where the anonymous subjects relay stories and secrets that are difficult to say aloud for reasons of shame and religious or cultural censorship. Othman’s sensitive content underscores how censorship and the withholding of information can have devastating effects. The film and video work of Sarah Abu Abdallah tells a pieced together narrative of everyday life in Saudi Arabia, through edited glimpses she intermingles narratives with images of her surroundings.

With spaces in London and Berlin, and one opening next year in Los Angeles, Sprüth Magers represents a large number of internationally acclaimed and emerging artists, including the celebrated collaborative practice of Lizzie Fitch and Ryan Trecartin who will both be presenting at abc. Fitch and Trecartin’s immersive video and sculpture installations consume their viewers within a world of distorted familiarity, full of characters and settings that have the dream-like quality of being simultaneously alien and familiar, rooted in memory yet totally unreal. Their six-screen film installation, Site Visit, exhibited earlier this year at KW, was an all-encompassing environment, surrounding the viewers with absurd characters shouting inane conversations on their late night adventure through an abandoned building. Occasionally cutting through the unintelligible dialogue, are some lines that sound like philosophical wisdom, leaving the viewer to dissect any meaning. For abc, Trecartin is exhibiting digital stills of the animated creatures and characters from the world of Site Visit and 2013 film, Priority Innfield, alongside a sculptural collaboration with Fitch. Their sculptures are busy amalgamations of objects and abstract forms, employing the same visual saturation and overstimulation as their film works. On Gallery Night, Sprüth Magers opens a group show by Jenny Holzer, Barbara Kruger, Louise Lawler, Cindy Sherman, and Rosemarie Trockel. This group of women belong to a generation of artists, emerging around 1980, who sought to find new forms of narrative and commentary in art from a feminist perspective. The feminist anti-capitalist photo-text collages by Kruger and the various disguises of the staged film stills by Sherman are iconic images from this era.

Friedrichshain gallery, Peres Projects, presents work by Italian artist Marinella Senatore both at abc and in a solo exhibition opening on Gallery Night. Senatore’s filmmaking practice is marked by theatrical performance and public participation, including projects such an opera involving over 20,000 participants, an ongoing public radio station, and her School of Narrative Dance – an international school without fees or a fixed location that aims for an alternative educational approach to all facets of performing arts. Her ambitious projects materialise in the gallery context as works of film, performance, installation, sculpture, and painting. The exhibition Scenografia, will include cutout segments from Senatore’s film sets and large scale film stills from various projects, all bathed in a red light from the covered large gallery windows. At abc, Senatore subverts the traditional art fair viewing experience with a large scale participatory installation.

The exhibition Proximities and Desires runs alongside the fair, showcasing works from Berlin based private collections, including Sammlung Boros and the Olbricht Collection. On Friday and Saturday morning, abc will also host the Talking Galleries panel discussions, exploring the relationship between gallery and artist.