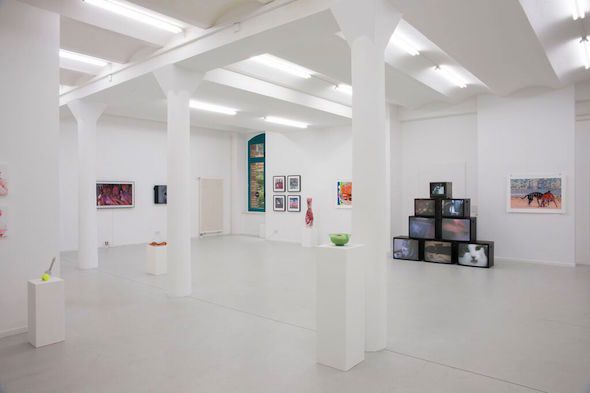 A plea to our guilty pleasures, one could anticipate that this exhibition would stretch out its wily tendrils and wrap them around the innards of every person in its reach. With the teaming crowds that flocked to DAM Gallery for the opening last week – be it for the art, or the freshly served pizza – it would seem that this was indeed the case. 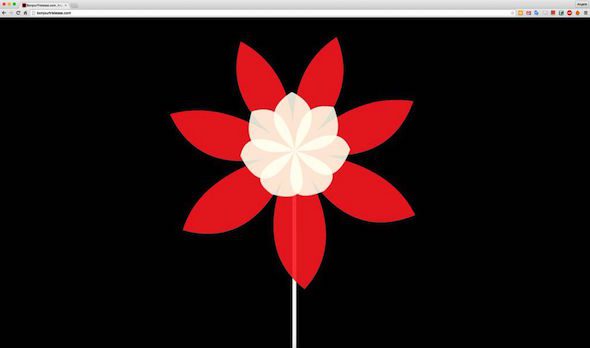 The spread of works that line the white walls and sprinkle the floor achieve the combined force of appealing to several of one’s vices, as well as senses. A range of multimedia installations invite the viewers to look, see, and touch, encouraging diverse and interactive engagement with the individual concepts. Anthony Antonellis‘ ‘Star Trek Pizza Pool Party’ kicks the exhibition off to a intergalactic start, as a pop science fiction melody whines through headphones, and accompanies a video installation that juggles narrative layers, from Star Trek merchandise to perspectivally distorted Mac desktops. Further along, the viewer has the opportunity to dictate what appears on the large screen of Angelo Plessas‘ ‘BonjourTristesse.com’ with just the click of a mouse, determining the shape, size and colour of a two-dimensional, geometric flower. As well as making for a dynamic viewing experience, this multi-sensorial approach generates a pleasantly ironic contradistinction between the digitally produced yet interactive works, and the widely begrudged effect of physical detachment that has accompanied the Digital Age. 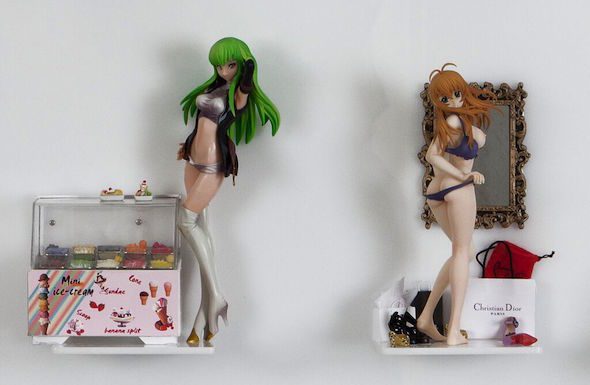 Further to this strength, a number of works stand out as particularly insightful and thought-provoking contributions to the overarching theme. Slotting into the first category of the 4Ps, ‘porn’, Jessica Lichtenstein’s ‘Lady Luxury’ subverts the derogatory fetishist and pornographic connotations associated with female Japanese anime figures, by filling a cabinet with a selection of resin dolls, positioned in a range of female contexts. Dealing with an entirely different but nonetheless fascinating set of issues is Hayley Aviva Silverman’s work ‘You asking me about drinking but not about my thirst’. The resin-poured soup bowl, filled with superficial noodles and vegetables, creates the illusion of edibility, highlighting the disjuncture between the visual surface and reality. The seal figurine that swims in the mix evokes the additional dimension of global environmental issues. Whilst these disparate contextual and conceptual realms could, admittedly, be said to dilute the thematic strength of the exhibition overall (as one might expect from such a breadth of international artists, in conjunction with the thematic criteria of the World Wide Web) they certainly make for a versatile and stimulating show.