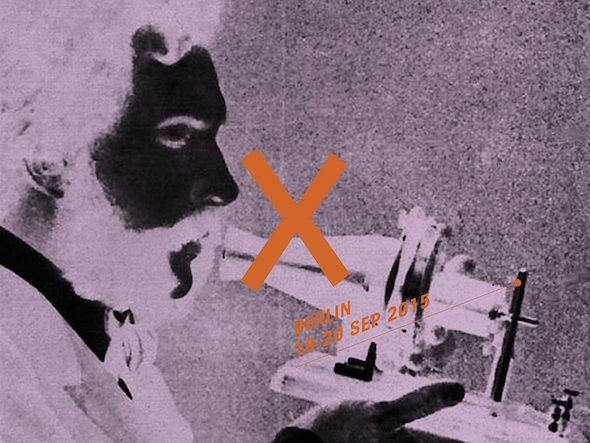 I am prepared to wager that approximately half of the people reading this article have, on at least one defiant occasion, reached out guiltily, crossed that invisible and inviting red tape, and touched an artwork in a gallery. But have you ever licked one?

Following the month of daily Project Space Festival events that ran throughout August, and directed attention to the vast network of spaces, artists and collectives sprawled across Berlin, the last few days have treated us to it’s XCHANGE Festival, in collaboration with Berlin Art Week. And what a treat it turned out to be – literally. From the 18th to 20th of September, we saw ten separate exhibitions, or five pairs of projects, staged in various locations throughout the city. Each project was realised through dialogue between the assigned partners, who accepted the challenge to work within a fresh context, and created new exhibition formats that were rooted in a shared thematic concept. With the notion of ‘exchange’ taken as broadly as possible, the cooperation by no means proscribed a formal or literal interchange between the groups, but rather encouraged a joint shifting of perspectives as the trigger for their new respective projects. 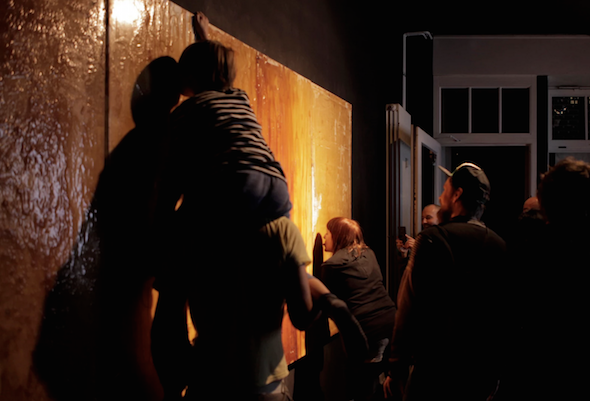 The most intriguing alliance, for me, was that forged between Kreuzberg Pavillon and District, who worked from the shared maxim: “Queering TASTE. The art of failure is not hard to master / though it may look like a disaster”. The exhibition at the former location was organised and staged by the collective ACAD&C (Agency for Contemporary Artistic Discourse & Collaboration), with their adapted subtitle “Queering TASTE: Total Affirmation”. It consisted of a three-screen video installation, placed opposite a large canvas triptych provided by artist Stefan Wilke. On entering the small space, one double takes upon the greeting invitation to “please lick the triptych”. It’s not a greeting that I can recall ever having received from any art establishment, but then again, I’ve never before seen a triptych made in the medium of gummy bears. This interactive component was matched by the film, which documented the members of ACAD&C visiting other events during Berlin Art Week, and requesting permission to lick their art. Here, the concept of ‘taste’ assumed a very literal, tactile, and slightly tangy form, as the collective strove to challenge conventional interaction between viewer and artwork, so deeply encoded within the art world.

At District, though the decided title “Queering TASTE: French Kisses” would suggest a more physical manifestation than that which took place at Kreuzberg Pavillon, the opposite was true. Organised by curator Amal Alhaag and artist Maria Guggenbichler, who together make the Amsterdam-based collective, Side Room, District initiated a four-day-long series of events that sought to bring people together, with the hope of better understanding a conceptual notion of taste that is unburdened by social stratification, or separateness. Activities such as DJ sessions, talks, performances and meetings took place in various different locations, with their hub centred at the District base on Bessemerstraße. Coming from an intellectual background in post-colonial and queer-feminist politics, Side Room placed conjoined emphasis on dissolving both wider socio-political boundaries, as well as those that stand between the collection of strangers attending the events, by stimulating discussion and interaction. Representing an entirely different approach to ‘Queering Taste’, both in theory and method, one could appreciate both the distance and proximity required for unique innovation as a pair. This duality that arose from XCHANGE – whether through intention, or merely happy by-product – added a novel and thought-provoking dimension to the earlier success of the Project Space Festival.