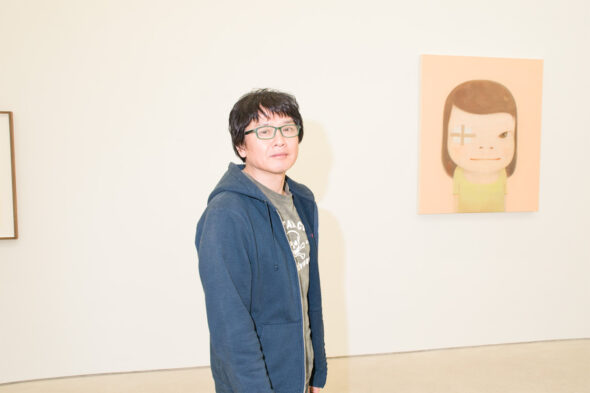 The current exhibition at Johnen Galerie is a well spaced, careful collection of drawings and paintings on wood, cardboard and canvas by the Japanese artist Yoshitomo Nara. Nara’s work is charismatic and yet elusive in style. He paints wide-eyed though slightly sinister children and animals, often leaving his highly textured paintings, rough sketches, and sculptures slightly unfinished. His images incorporate a wide range of influences, from folk tales to punk music, to Western and Japanese modern art and cultural imagery. Photographs do not do the works justice: the scale and surfaces have an effect that is not transmissible, effectively giving each work its own unique personality.

Nara’s fascination with childhood and contemporary culture made me curious about his own experience and thoughts on history, cultural memories and dreams for the future. Childhood is deeply filled with a sense of futurity. It manifests our own dreams, as the children of today will live in the world that we make for them. Nara’s children are complicated characters, possessing almost nothing that would be called naivety or innocence, instead looking back at us with eyes that are already wise, perceptive, and unsurprised. 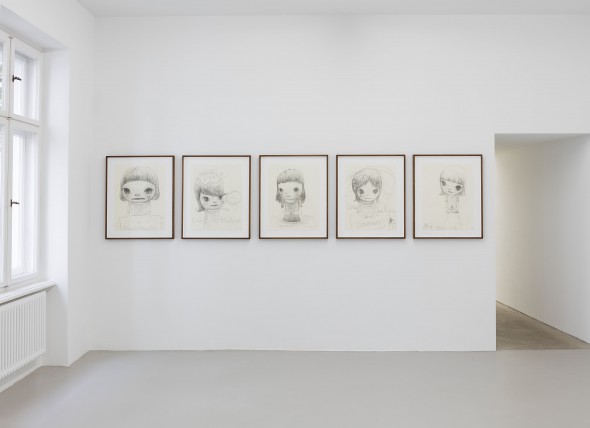 Alena Sokhan: I want to discuss your ideas of the past, of history and of the future, starting from simple and direct questions and then talking more broadly. So with this in mind, why are you drawn to children and childhood?

Yoshimoto Nara: I think childhood was when I was not receptive to outside influence or knowledge, when I was not self-conscious of how others would react, and when I could live truthfully, despite my inexperience, without revolting against my feelings. Coming of age and becoming aware that I was part of a society, I came to learn that going with the flow could be easy, came to learn to live in harmony with others by suppressing my emotions. However, after completing my studies, and as art as a form of expression became a part of my everyday, I have come to yearn for my childhood when I would cry out loud, laugh, and leap as I wished. They were emotions that I had almost forgotten in my stages of becoming an adult. This realization allowed me to re-evaluate my most important values. Perhaps, by making works with children as the subject matter, I am projecting my wish not to forget to be – not a “selfish child” but – “like a child”. 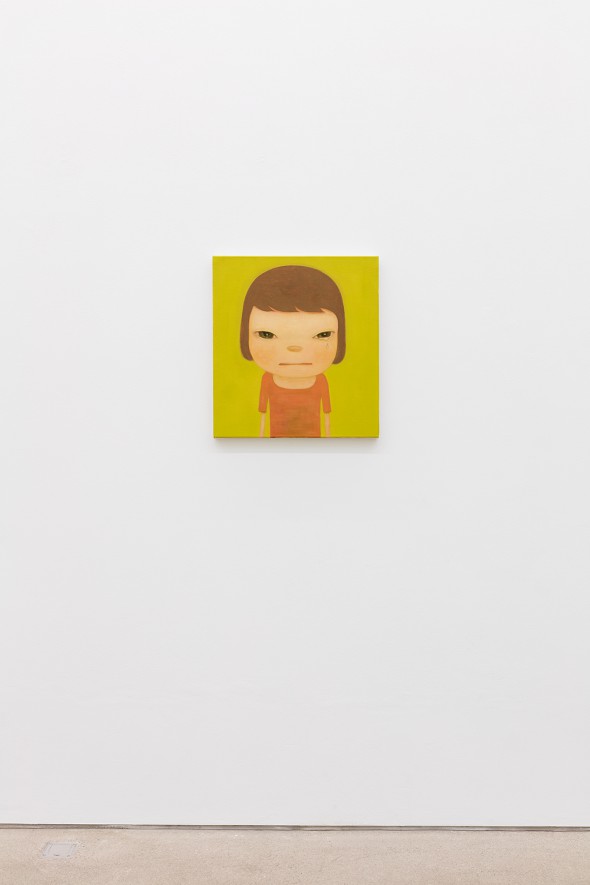 AS: What kind of a world do you think the characters in your art are going to grow up in?

YN: That, I honestly do not know. My intention is to simply walk along with them too. 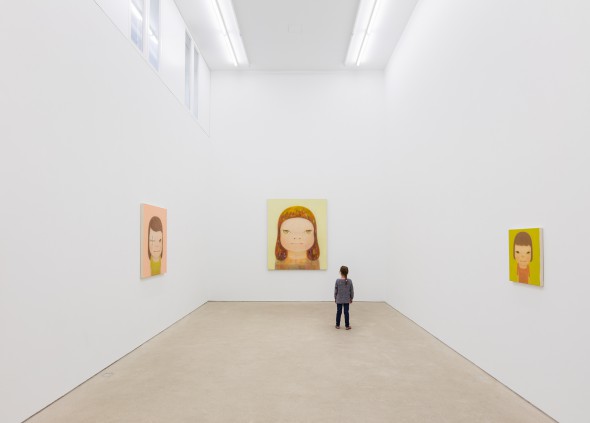 AS: What kind of an ideal world would you like to live in, and is there any place for dreams and hopes in art?

YN: I currently live in the highlands away from town. There are only about three other houses in the vicinity, and I can see grassland and mountains from my windows. On the property I have planted and am growing more than 250 trees (or rather, shrubs). I am planning on planting more bit by bit and expanding the forest. The question was “is there any place for dreams and hopes in art?”, but I think perhaps “art is born from places where dreams and hopes are present.”

AS: How do you think people’s relation to the past and the future is different now that it was in the postwar period?

YN: There are differences of opinion on this matter depending on the nations, regions, and individual, but the following is what I personally think in regards to Japan. It is important to objectively re-examine the history of the nation in juxtaposition to other relevant countries on a timeline of World History after it was established as a modern state, particularly the wars in which it participated, namely the Sino-Japanese War, Russo-Japanese War, the First and Second World Wars, and the Persian Gulf War in which it cooperated. And furthermore, it is most important to analyze and reconsider the repercussions of the past on the present day. Time, which keeps moving, can both wear and beautify various events. The future is definitely lying above the extension line of the past, and we are slowly walking along this line, like ants. As we reexamine, we should take heed of the notion that we are also being watched, being tested by people of the future. 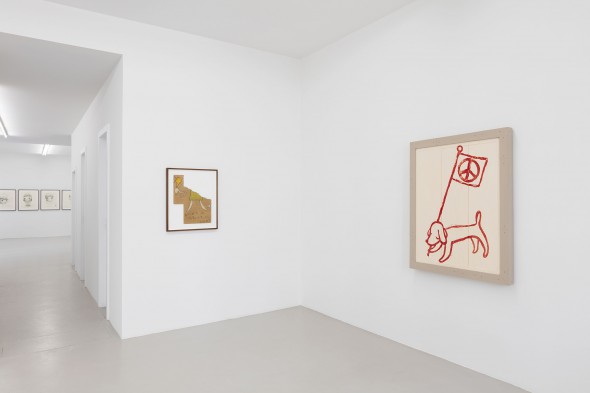 Yoshitomo Nara – “Nothing’s gonna change even if you give up” (2014); “Untitled” acrylic on wood; (left to right); photo by Andrea Rossetti, courtesy of the artist and Johnen Galerie, Berlin

AS: What do you think is the role of art in a time of global crisis and ecological manmade disasters?

YN: Traditional forms of art may not have much influence on the resolution of such issues. However, when it comes to media art, such as the kind that can have direct visual and auditory appeal, or music, more specifically, has the power to draw people. If there are ways to incorporate the right messages, I feel it would function effectively for building a better future. Also, if we think in the long term, perhaps through remodeling and reshaping human society and the natural ecosystem, it may be possible to start a kind of a movement. 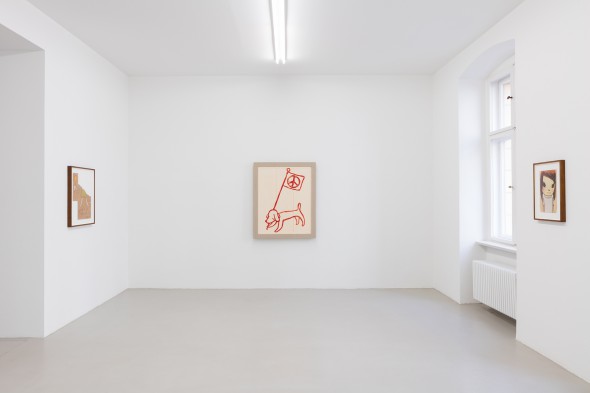 Yoshitomo Nara – “Nothing’s gonna change even if you give up” (2014); “Untitled” acrylic on wood; (left to right); “Intention” (2015); photo by Andrea Rossetti, courtesy of the artist and Johnen Galerie, Berlin