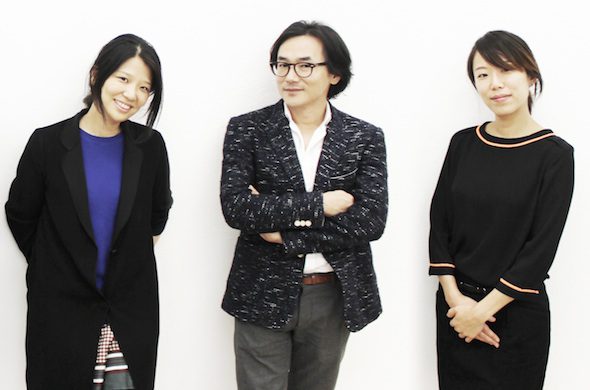 Contemporary Asian art platform NON Berlin has its based in Mitte, where the growing project space brings together artists, curators, and creatives from across Asia and Europe. Through different projects, discussions, exhibitions and residencies, NON Berlin has managed to connect art professionals from different cultural backgrounds and stimulate live conversations about issues directly relevant to the production of contemporary art. Berlin Art Link spoke to the NON Berlin team about their aims and some of their upcoming projects launching out of the space on Chausseestraße, and in cooperation with partners across the city.

Alison Hugill: What is the meaning behind the name ‘NON’? What is your philosophy?

NON Berlin: NON represents 3 meanings. First of all, it means ‘discussion’ or ‘to discuss’ in Chinese and is written 論. This method of discussion comes goes back to ancient times is East Asia and links to the founding philosophy of NON Berlin, which is to generate discourse on Asian culture, Arts and Eastern philosophy, in addition to building a sustainable network in Berlin and beyond within Europe. By curating exhibitions, forums, seminars, art performances and inter-media projects, we aim for these activities to lead to further research and discussions which can present the diverse values and characters of Asia. We want to become a platform where artists can easily connect with one another and by organizing various programs and projects, nonetheless, to stimulate talks and discussions amongst the artists, curators, organizers and the audience.

In addition, we want to build a network within the European market. By curating special exhibitions, forums, seminars, art performances and inter-media projects, NON Berlin wants to create a system in which artists can easily connect with each other. By organizing various programs and projects, NON Berlin tries to broaden the boundaries which will provide the artists the opportunity to meet diverse companions and network with each other.

Second, NON is an abbreviation for Neue Ost Network (the new network of the East) in German.
As we try to build an international network among artists, directors and alternative art spaces who work in the Asian art scene in Berlin, which is a city that holds a strong reputation for its rich infrastructure in the contemporary art scene, NON Berlin pursues an aim to become the hub for Culture and Arts exchange in Asia and Europe through organizing sustainable projects, mapping networks, creating archives and providing up-to-date information.

Last but not least, NON is another abbreviation for No Other Name. This indicates NON Berlin’s unique position in Europe as a contemporary Asian art platform. NON Berlin is in opposition to quantitative or comparative growth. We prefer to progress slow and steadily with a careful and sincere approach to issues that need attention. In the long term, we would be more than happy to present a constructive vision to our future generation with our network and archive building in the contemporary art scene.

AH: What kind of events does NON organize?

Our official opening exhibition can be a good example of what we focus on. Last year in August, NON Berlin and our partner Berlinerpool arts network organized The Grammar of the Independent Art Scene #1 : Korea-Berlin, a result of a research study between independent art spaces in Korea and Berlin.

Other projects include the CC(City Crossover) project which initiated with artists from Busan, Korea and Berlin, Germany. We also have a studio residency program Co la bor, a residency program for one collaborative team for 3 months ending with a final exhibition at NON Berlin. While these projects mostly take a few weeks or months, we also organize short-term collaborative events such as NON_DA, where NON Berlin becomes the stage for performers to introduce and share their works and stories.

In parallel with art exhibitions and collaborations, NON Berlin also holds series of talks and lectures. Since last year, we launched the Border Series dealing with the issue of reunification in the two Koreas. Also, months ago, we started the Satellite Talk series to strengthen the networks between contemporary Asian artists/creatives who are working in Berlin.

AH: How do you aim to present ‘Asian’ discourse and art practice to the Berlin scene when there is such a diverse array of style captured within the continent of Asia as a whole?

There is already a strong network and a vibrant contemporary art scene for example, in China, South Korea, Taiwan, Hong Kong, Indonesia, etc. Only a portion of such networks and arts from Asia is introduced in Berlin and Europe, partly because of the distance and also because of the already existing rich art infrastructure here. As we aim to become the platform for such networks, we would like to first connect these Asian networks to the European art scene. Here, connecting does not just mean establishing contacts and letting people know they exist. We try to create a dialogue and put effort on making it a smooth one, so the distance and language, for example, does not become too much of a strong barrier. We expect, in the future, that this distance will become shorter and shorter with the technology development and the current discussions of the Trans-Eurasia railway connection.

How important is live discussion and cultural exchange to your platform and how do you actively create those encounters?

Discussions and cultural exchange are very important in NON Berlin. These are the reason why NON Berlin was established in the first place. While having live discussions, the audience and the speakers are able to have direct conversation. This is not about speaking but having a 2-way talk. We believe the story people tell can provoke sympathy in others and this sympathy can go a long way to understanding one another. In order to create these exchanges and talks, we use our time to research upon Asia, its culture, history, people and art and put more effort to bring artists/curators/organizers here or vice versa.

In order to make this happen, we look into organizations in Asia where there lies a possibility to cooperate with them or to apply for funding. It is great to see that Berlin is a highly interesting city to them. While doing so, we also work inside Berlin to create a stronger dialogue between Berlin based artists/curators/art paces and NON Berlin. This coming November we are collaborating with project space Meinblau as part of the Network in Conversation project. It will be a project with the theme ‘Transitional Justice’ with exhibitions talking place at both NON Berlin and Meinblau. We expect this exchange project to continue with other project spaces in Berlin.

AH: Tell us about your most recent and your upcoming projects?

NB: As we speak, there is currently a project going on titled UGAT-AGOS(Roots – Flow). The opening was on the 6th of October and continues until the 13th of this month. UGAT-AGOS is an introduction to a Filipino network of cultural and academic communities in Berlin taking place with lectures, artworks and performance combined all together. The main theme of this project is migration and “home” in the Filipino context.

Later this month there will be an exhibition titled Far From Any Road, representing artists Anne Duk Hee Jordan and Ralf Tekaat and curated by Elisa Rusca, a member of NON Berlin’s curatorial team.

As mentioned above, in November the project ‘Transitional Justice’ (under the Border Series) takes place with artist He Xiangyu (CHN) and Chan Sook Choi (KOR) at NON Berlin and Meinblau.