Nafisa Kaptownwala is the multi-talented, Toronto-based founder of the inclusive modeling agency Lorde Inc, casting only models of colour as a means of fighting against the inherent racism of the fashion industry. Formed out of a frustration with the lack of diversity in fashion, Nafisa’s revolutionary agency is dissecting race and beauty politics, by providing a refreshing and much-needed alternative to the whitewashed world of contemporary fashion. Calling out those who see the ‘erasure of race’ as a progressive response to this issue, Nafisa points out the dangers of this colour-blind approach to diversity, stating that the only way forward is to initiate race conscientiousness through the active inclusion of more models of colour. Before moving back to London next year to continue her work with Lorde Inc, she’s currently working on opening up a intersectional feminist art space in Toronto, as a means of creating a visible and critical discourse on the topics of race and diversity, a conversation she feels is much lacking from Canada’s broader cultural dialogue. We spoke to Kaptownwala about her aims for Lorde Inc and her new art space, and asked what her main influences and motivations are when it comes to pushing race, diversity and beauty politics into the public sphere of cultural consciousness within the fashion world and beyond. 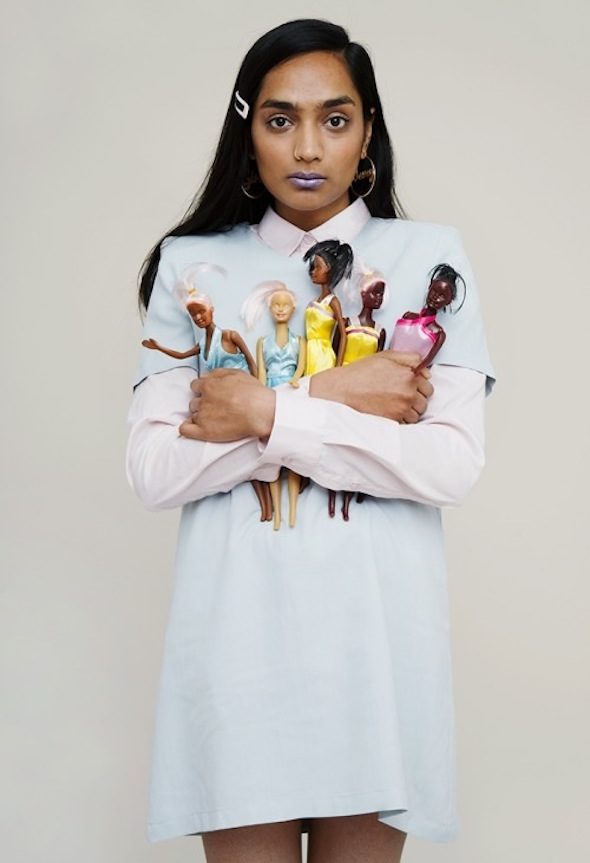 Celia Wickham: I recently read an article you wrote for Space Matters where you state that one of the main reasons you had for starting your modeling agency Lorde Inc was to address the beauty politics of race – do you think you could go into this further?

Nafisa Kaptownwala: Yeah, I think one of the motivating factors for me was that when I was living in Montreal I had a lot of friends who were part of the creative scene, and they were getting a lot of attention for fashion photography, but I was always kind of perturbed that none of them would ever cast models of colour. It was just strange for me, being a friend of theirs. It’s not like they didn’t have any people of colour around them. I think the conversation became very clear to me: it’s about beauty essentially, and how a lot of people of colour don’t seem to qualify as beautiful. So with Lorde Inc that was something that I wanted to address. Time and time again some of these people’s arguments would be: ‘I do want to shoot models of colour but I don’t know anyone, and no one showed up to the casting’ – and that was just ridiculous to me. I decided “I’m going to put them all together for you so you don’t have anything to worry about.” It’s funny though, cause it has come full circle now. A lot of those people that I thought were questionable, who weren’t casting any models of colour, are now coming to me.

CW: In what ways do you feel that fashion and identity intersect with each other, and what do you think needs to be done to make the fashion industry more inclusive?

NK: I think that they intersect in the sense that fashion is a creative and artistic practice. I think that anything that you’re putting out there that’s creating any type of culture, or shifting culture in any way, identity plays into it. Because fashion and art and music are a reflection of the society that we live in. So in that sense, identity plays a huge role. People are making comments about society, whether their individual experience with society or an overall outlook. In terms of the fashion industry becoming more inclusive of these cultures and experiences, I think it’s going to be a really long process. But I think a good start is to consciously decide to include more models of colour. A lot of people think that this is the opposite way that they should be thinking, they think we are supposed to be erase race, and pretend like it’s not a factor. Realistically that doesn’t work because it’s ignorant to the fact that there is a huge lack of models of colour being presented, and erasing race isn’t helping that, you’re just choosing to be apathetic at that point. So I think that a big step in the right direction is to activate consciousness, and to make people more aware of how important it is that they include more models of colour. 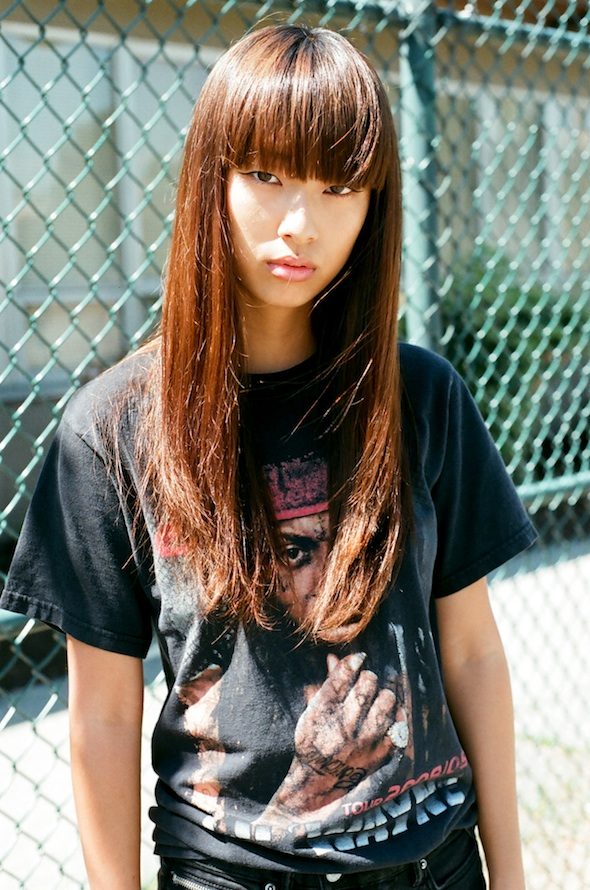 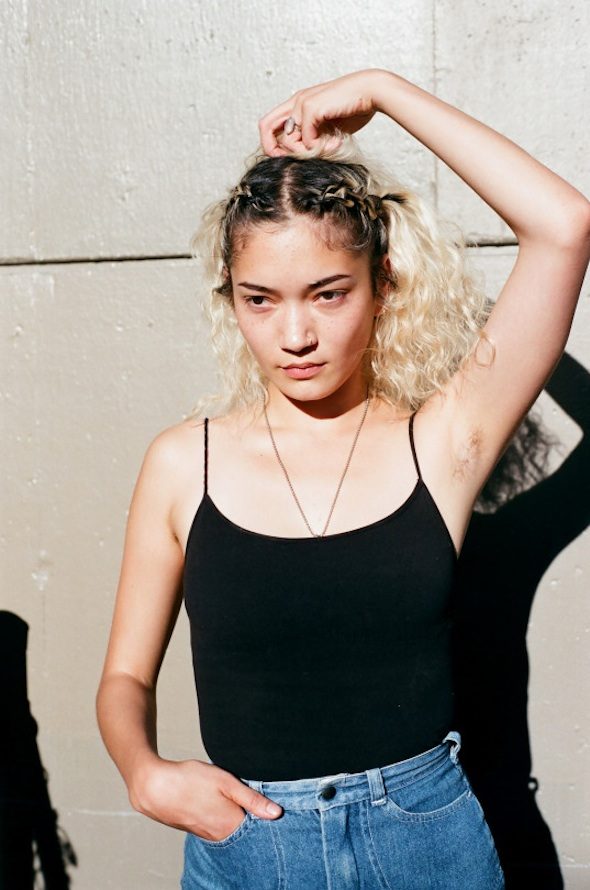 CW: On top of running Lorde Inc, you’ve also just helped to set up a new intersectional feminist art space in Toronto. What prompted you to start the space and what are your plans for it?

NK: It’s funny because I’m sure every POC community, or any social justice community, in any city around the world is going to say ‘my city is so bad for cultural awareness’, but Canada is really bad. The overall sentiment here when talking about race, even amongst people I went to university with at Concordia, which is a liberal arts school, is that it should be approached with a kind of colour blindness, because that’s all they’ve ever been taught, and it’s just so deeply ingrained and indoctrinated in Canada. There’s just so little visible critical discourse happening. It’s definitely there but it’s just not as dominant as I’ve seen in spaces like New York, where they have amazing festivals like Afro Punk, where obviously race is talked about in a really big way, and everybody knows what Afro Punk is. So that’s just really lacking in a big way in Canada. I mostly wanted to create a space where I could bring artists together that I’m really interested in, which just so happen to be people who are culturally a little bit more privy to these politics. I think as soon as an artist does something that’s really overtly racist or transphobic or sexist, I totally loose interest. So I tend to lean towards works that are a little bit more sensitive to these politics. We’ve just been trying to establish a safe space and then going from there. Hopefully we’re going to be having workshops and events, as well as a zine library.

CW: Having studied ‘Art History’ at Concordia, what was it that drew you towards the fashion industry as a means of addressing race politics, and are there any other fields that you could see yourself going into?

NK: I think it’s just because fashion is more palpable for the average person and more drawn to that. Essentially, fashion is more present – I see it more often, I absorb it more often. I’m drawn to it, and I find myself wanting to create images that are inspired by that. Other than fashion, I’ve always been really into the idea of getting into music, but I’ve always been really discouraged because I’ve never been that confident with my skills, but who knows maybe it will happen one day down the line. That’s just me fantasising. Realistically I could probably see myself going into some kind of critical writing. 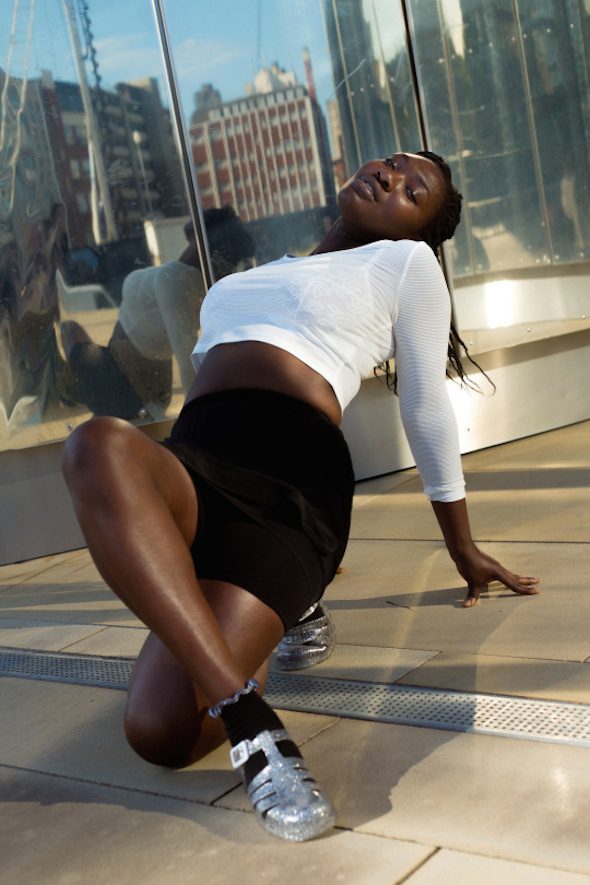 CW: What do you find yourself looking to as a source of inspiration for the work that you do, whether it be your writing, Lorde Inc, or your new art space?

NK: I’d say people definitely. Through Lorde Inc I’ve been lucky enough to meet some pretty influential people, so that has definitely been a huge inspiration, and has opened me up to so many different ideas. People’s experiences and people’s adaptations of the world and society, and the cultures they’re affected by – I find it all really inspiring.

CW: So what are your overall plans for the future of Lorde Inc and your new intersectional feminist art space in Toronto?

NK: With the space I’m not entirely sure, I think I’m going to leave it up to the other girls who are working there and see what they want to do. With Lorde Inc I am hoping to move back to London some time next year if my visa works out, and open up an office space, and start hammering away at that a little more seriously. I think for this time in my life it just makes the most sense for me to be in London, because I feel that’s where I can get the most done creatively and professionally. Plus my whole family lives there so it’s nice to have them around. 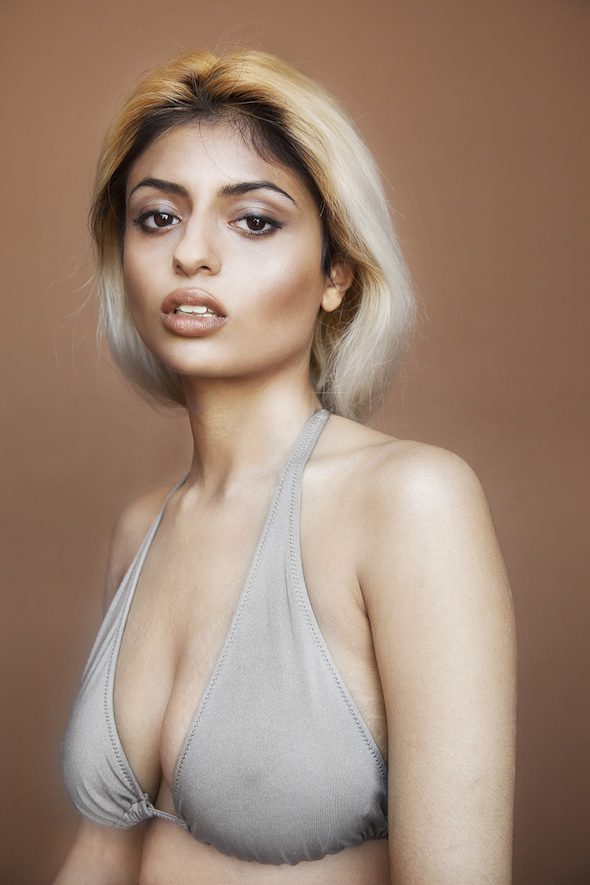