Three Berlin-based artists have been shortlisted for the Prix International d’Art Contemporain (PIAC), a contemporary art prize awarded every three years to an artist of international repute at the forefront of their practice. Organised by the Fondation Prince Pierre de Monaco, the PIAC takes artist nominations from leading art world professionals, and rewards with a substantial sum of prize money to support the production of the winning artist’s new work. Artists Rosa Barba, Katie Paterson, and Natascha Sadr Haghighian make up an all-women finalist selection for the first time in the prize’s 50 year history. 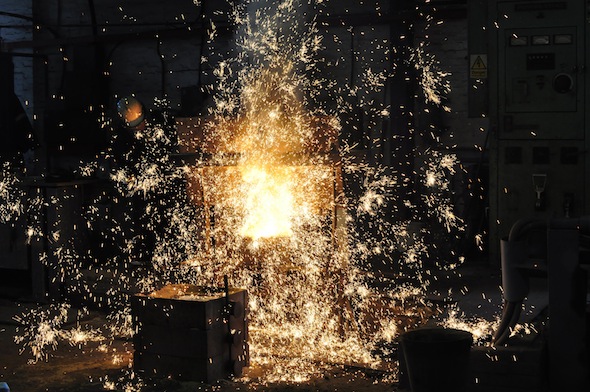 Rosa Barba’s work takes a cinematographic medium and creates films, sculptures and immersive installations, combining the materiality of film with its storytelling and aesthetic potential. Her film nominated for PIAC, Subconcious Society, was included in the 2014 Berlin Biennale. Barba’s fluid and unhinged approached to narrative and structure subverts concrete notions of time and space. The film is set in two locations, layered with history and the physical remains of an industrial age, with a cast of unprofessional actors who have personal links to these histories. Far from simple documentary or narration, Barba’s editing and camerawork dislocates time, location, and story, depicting an isolated, eerie, almost post-apocalyptic society. Barba’s exhibitions foreground the performative potential of the medium itself, often including imposing noisy projection equipment and sculpture using film materials.

Katie Paterson makes conceptually driven artworks that take on historical and cosmological concepts of unimaginable scales. Her intrepid works investigate the scale of time and space, often highlighting the expansiveness of human, natural, and planetary history. With meticulous research and collaboration with scientific experts, Paterson creates objects that contain incomprehensible physical truths of time and scale, such as a necklace made from 170 fossils, spanning geological history, a customized miniature grain of sand tossed into the sahara desert, and a phone-line that listens to the movements of a glacier. For her work, Campo del Cielo, Field of the Sky, nominated for PIAC, she has taken a 4.5 billion-year old meteorite, recast it into an identical physical copy of itself, and sent a portion of it back into space with the European Space Agency. Her works have the power to amaze and overwhelm her viewers, playfully and poetically confronting existential questions and the relationship between humans and their environment. 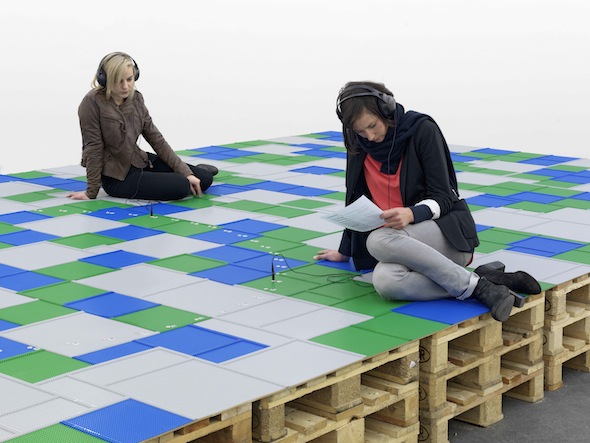 Natascha Sadr Haghighian’s practice critically investigates the socio-political implications of structures of an industrial society and the constructions of vision. With a wide ranging practice, Haghighian works with video, installation, digital mediums, sound, and performance. Her sculpture and sound installation pssst Leopard 2A7+, shortlisted for the PIAC award, is a farcical copy of the prototype for the Leopard 2A7+ battle tank; one of the future German export products specially designed and optimised for pacification of uprisings, protest and unrest in urban areas. The physical specifications of the sculpture mimic the actual tank, rendered in wooden pallets, lego, and a circle of 60 headphone jacks in place of the gun turret. Viewers listen to various soundscapes including field recordings, sounds from inside the Leopard, echoes of its locations, and a recital of the 100-page German Armaments Export Report. The ‘pssst’ in the title refers to the idea of a public secret, like that of military export reports, that exist in plain sight without consequence.

For the 2016 prize, the PIAC introduces the Nomadic Pavilion, choosing the São Paulo Biennial as the location to present the winning artists new commissioned work alongside the winning artwork. The winner is announced on November 5th, 2015. Keep an eye out for these three extremely talented and exciting Berlin-based artists.