Last Thursday I received a cryptic phone call inviting me to Daniel Marzona Gallery that evening for the opening of an art show, that would take the shape of a seance. Nobody knew much more than that. When I arrived at the gallery that evening for the event, titled Revenant: Don’t Expect Anything, the gallery was brightly lit, with only a few discernible works of art, filled with people definitely expecting something, who were already talking in hushed tones and arranging themselves to watch something before anything began. 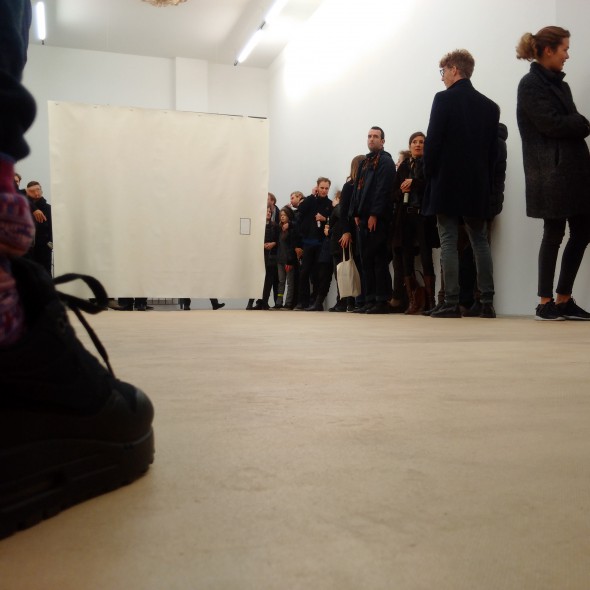 Of course you can’t expect people to follow the suggestion of a title, nor would this be the first time words produced a contrary effect. The seance was performed through language, with a different space and time being evoked through oral narrative. It was mediated by Paolo Chiasera and performed by Francesco Gori, who acted as a guide, inviting us to step onto a cut out canvas cloth on the floor of the gallery which was the floor plan of Galleria Massimo Minini. The cloth contained a perfect circle drawn in white in one corner, the last shape ever made by Ian Wilson, in 2004. Gori explained that we were now in 2004, and continued to show us around Galleria Massimo Minini. He explained that after drawing this circle, Wilson stopped drawing or making tangible objects, instead holding conversations and talks as artworks. 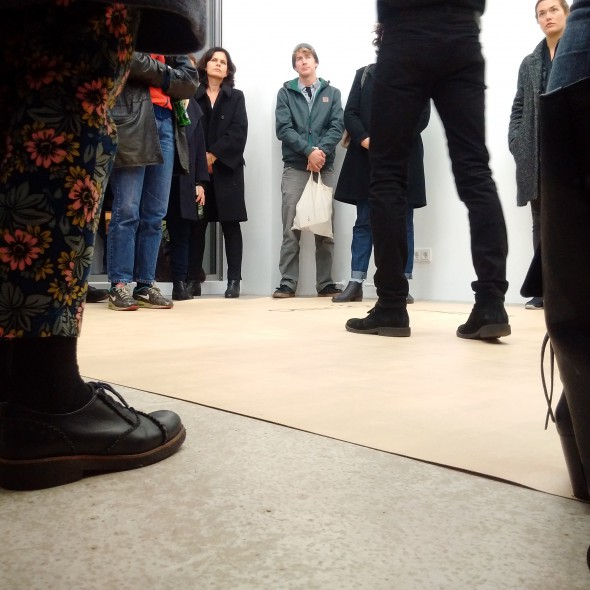 The other two artworks in the gallery were text pieces painted directly on the canvas floor, by Robert Barry. One work instructed the viewers to not expect anything, as the title of the show had also tried, and the other work was composed of the words ‘something’ and ‘nothing’, written perpendicular to each other such that they shared the same letter ‘o’. Gori explained how this evoked the act of destruction inherent in every act of creation, and referred to the perfect circle in the middle which recalled Wilson’s work.

At the end Gori was interrupted by a member of the audience, who seemed appalled at how badly Gori was doing as a narrator, and how he was misunderstanding all the works. He then offered his own interpretation, and then revealed that he was actually Luca Cerizza, the original narrator of the performance in 2004. 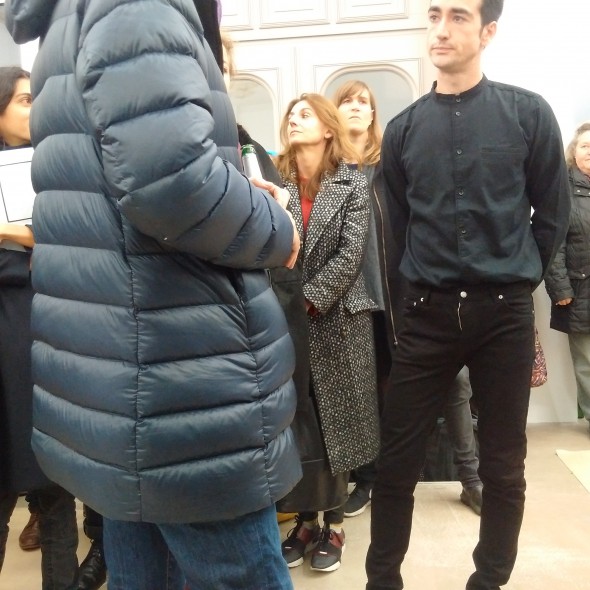 This strange layering of imaginary spaces and narratives was both informative and amusing. It was fascinating to see how captivated the audience was, and how easily the imagination could be stimulated through words. Language can be appropriated, taken out of place, only to gather more meaning and create new spaces.