This essay is part of an exchange between Revista ARTA online and Berlin Art Link. Editors Cristina Bogdan and Alison Hugill commissioned 3 texts each, on themes relevant to the art scenes of both cities. In the series, our contributors explore the socio-political nature of painting, music & performance, and DIY/underground art spaces in Berlin and Bucharest. All texts are published in both magazines, and are available in both English and Romanian. 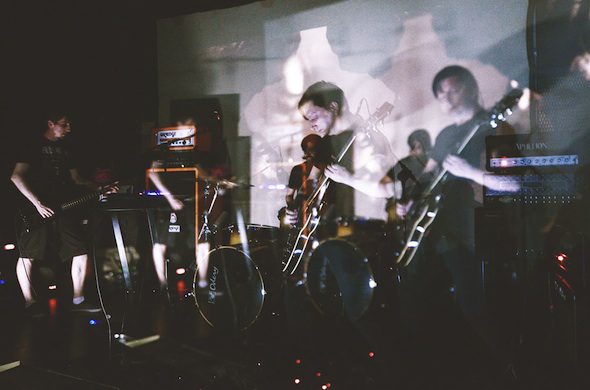 I will begin this text by saying that my short incursion within the Romanian underground music scene is not, by far, a theorization on what “underground” means. Within this gray area it is impossible, forbidden even, to label things as if they were store products on shelves. Those I will write about are not products, nor do they make “radio music” using patterns and recipes. They dig out of the musical genres we try to attribute to them, they have influences from many areas and play a niche type of music for a public that has been self-educated or that can appreciate areas of stylistic confluence.

I will start with Pavilionul 32, hardcore punks that have played hundreds of live shows since 2014 and have put out 13 releases on tape/vinyl/CD. They come from Timişoara and have been labeled many times as the band with the most violent political and social messages on the Romanian scene. They keep the anarchistic critique alive by, and I quote “Occupied by buildings to create social centers / squatting, the Food Not Bombs movement, protest with thousands of people against nuclear transports, freedom for animals, supporting political prisoners, mega-demonstrations”, all this backed up by an attitude against political violence, corporations, discrimination and consumerism. From fanzines to clothing, their music outlines a strong political and social message instigating towards DIY and self-organization (typical for every anarchist movement). The name of the band is inspired by a psychiatric ward pavilion reserved for the violent and those socially not integrated; it is the same with Pavilionul 32: “At 32, just like the loonies… enter those who want – exit those who can(‘t (aymore))”. You can listen to Pavilionul 32 on Soundcloud but the best possible introduction is a live show. 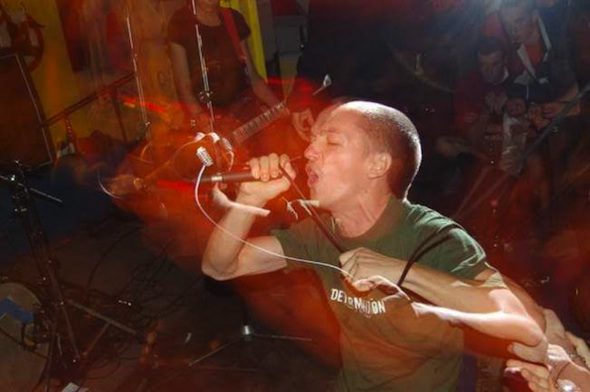 Another project I find interesting and worth mentioning is Valerinne. They’re playing a dark instrumental guitar based post-rock/shoegaze (with a whole rack of effects) bass and drums. ‘Till now they’ve recorded and released two live discs at Next Dog Studio, with a third one coming up next February, also adding a layer of synth sounds. Valerinne was founded in 2012 and also have a deep focus on visual identity, also taking benefit from different concepts and improvisation, shifting away from regular classic song structure. Their atmospheric pieces are best listened on a hi-fi stage sound which gets most of most of the sound’s richness, mangling drone, noise and subtle synths. Alexandru Daş, founder of the band is a full-time graphic designer and also writes his own music under the moniker Modern Ghosts on the Road, with up to 13 dark ambient releases.

Environments is yet another trio from Bucharest but with different personnel: Ştefan Panea doing guitars and synths, Alex Ghiţă on percussion and Marius Costache bringing in noise, heavily processed atmospheric pads from field recordings. They might seem very post rock just like Valerinne, but on the inside this trio has a different approach. While listening to Environments the focus goes to one’s state of being, ambiances going from mild to harsh, dreamy and somewhat introspective in essence. Ștefan has no formal academic musical studies, developing his own personal technique along the way. His solo project explores distorted textures and soundscapes. ‘Circut Drones’, one of his solo releases, produces music solely with a mixer but without no input source whatsoever, all audio manipulated via effect chains that stay within the mixer boundary. 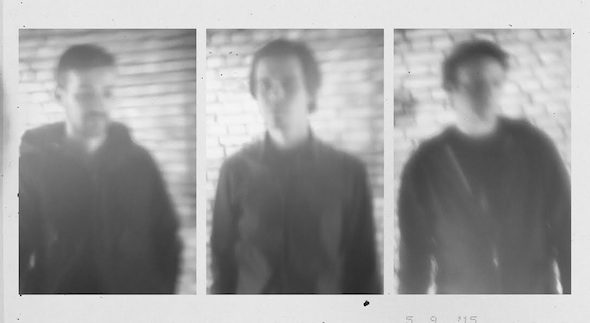 Next is Somnoroase Păsărele with famous Romanian painter Gili Mocanu and Elena Albu, the two releasing music massively on 28 Soundcloud accounts and focusing mainly on synthetic composition. Dadaist by nature, the two defy sheet music through their quirky altered style. Compositions move towards mental rather then physical, everything layed on a bed of shapeshifting polyrhythms. Darkness or humor aren’t avoided in their works and are fuelled together within the the surreal, all under the avant-garde umbrella. Their debut disc released on tape by Czech label Baba Vanga is best described by Octav Avramescu as “All around, musical dunes for Fata Morgana, Yeti in a chairlift, Sisyphus pushing Prometheus in a convertible, Gili does pataphysics technoulipo for the gymnastics of heavenly bodies in the sky and other macrotonal didascalia that remain to be demonstrated.”

ADHD culture addict Bogdan Marcu is one of the most important mash-up artists for which sampling clearly has no limits. We’re talking about intensive use of audio snippets for which source is irrelevant, as I said in a previously published article about Bogdan Marcu: “Having in mind that anything could be a sampling source and can get digested / recycled easily, Bogdan’s music is saturated, just like in a race in which there’s no time to plan for what’s next. Everything moves fast forward reminding of breakcore, happy hardcore and hard-techno. This without any of the beats being tribute to any of the classicised genres, and without any of the results being just an adrenaline infused mix. In Bogdan’s mind no element stays like in it’s initial form. All samples are mutilated, none of the authors are able to recognize their own work. A true manifest of dissemination with roots in the beginnings of the avantgarde and in contemporary aesthetics.” More on his Soundcloud and website. 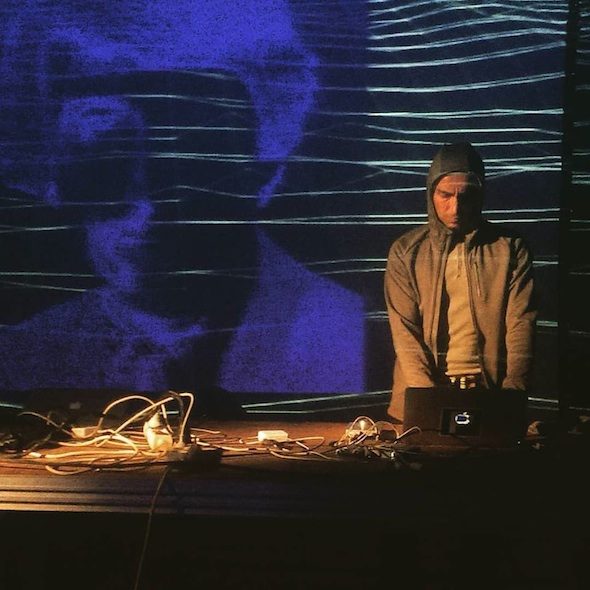 The last and also the weirdest from the Romanian scene is very hard to get on stage and is to be found more in art galleries and performance spaces: Dyslex. He is part of kinema_ikon, where his main activity is handling all sorts of sounds and installations. He has two self-produced discs, but whatever you might audition back at home, it is completely irrelevant: he is a must in live performances. He started making music in 2001 playing in a metal band, and right after that in an IDM project (NOXE), very glitchy, which had a single album, released on a single copy. Sonic scapes of Dyslex are atypical and hard to pinpoint even in noise music, using anything as a sound source anything from micro to macro: „heart beats, sound of moskitos, movement of underwater ballerina, cockroaches in different media, storms recorded with contact mikes directly on glass, controlled feedback, the sound of a needle scratching paint from glass, vibrations of a rope achored on a dock ”.

Surely, the Romanian underground scene includes more artists, specialized in performance art, others in subgenres of electronic music or just “post-something”, hardware collectors, private mix-tape DJs. The ones described above seem the most cerebral and most versatile in styles and musical concepts. 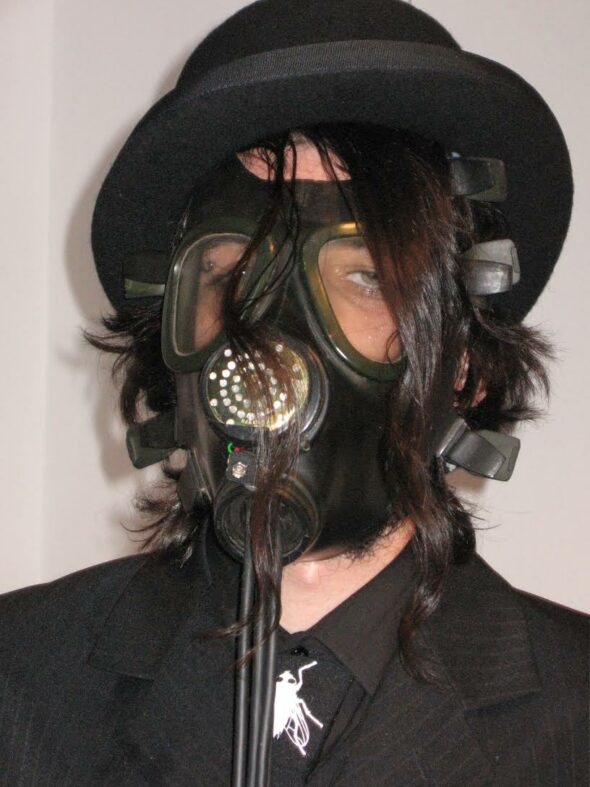 Obsessed with new technology and a close manipulator of all sounds, Miron Ghiu lives in a continuous present. He enjoys bathing online and hanging out offline, surrounded by loads of buttons to press and speakers to echo in. An anarchist at heart, he would happily fill the streets with stickers and use only solar panels as energy source – if only his fellow countrymen allowed him to. As online storyteller, he specializes in electronic music and virtual reality; as fetishist, he turns to cables, black carrots, bipolar bears, zebras and foxes. He hates talking on the phone, watching TV, and running out of tobacco.