Susanna Hertrich’s artistic practice occupies a privileged position as both interpreter and active participant in the otherwise largely inaccessible world of scientific research. Since 2008, she has been working on a series of prosthetics, sensory extensions that have emerged from her close work with scientists and her personal fascination with the study of animal and human instincts as physical responses. Her current exhibition at Art Laboratory Berlin in Wedding shows a fine balance of well-researched cyborg prosthetics and aesthetically beautiful photographs and drawings of her carefully crafted biological armour. 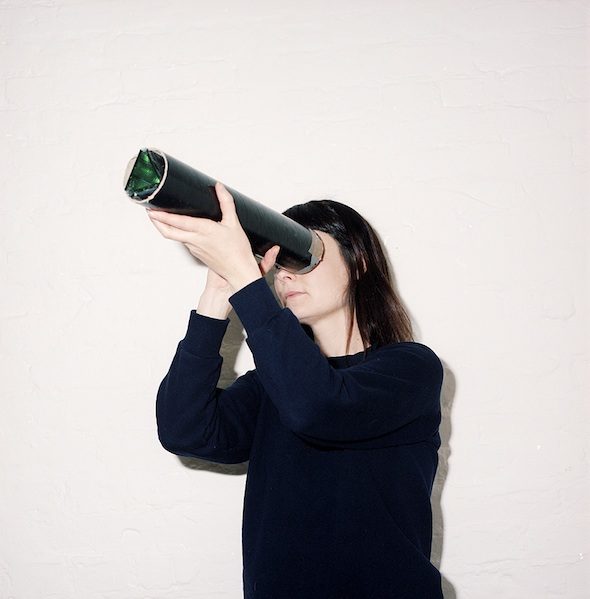 We visited Hertrich in her home in Neukölln, which accommodates her brightly-lit studio space as well. While studying Interactive Design at the Royal College of Art in London, Hertrich came across a book by John Gray called ‘Straw Dogs: Thoughts on Humans and Other Animals’ – or, as she tells me, the slightly more provocative German title ‘Abschied vom Humanismus’ – which sparked her interest in the biological congruences between human and animal. The ever-increasing institutional fascination with the so-called anthropocene places human beings at the forefront of history and knowledge, denying our intimate relationship to the animal kingdom. In her latest works, Hertrich explores this oversight by imagining several instinctual responses that humans could learn from animals, by way of prosthetic extensions. 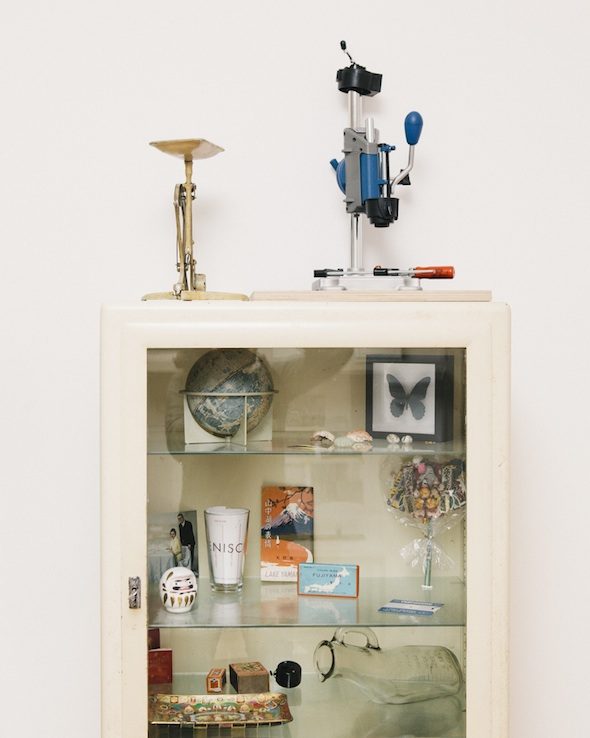 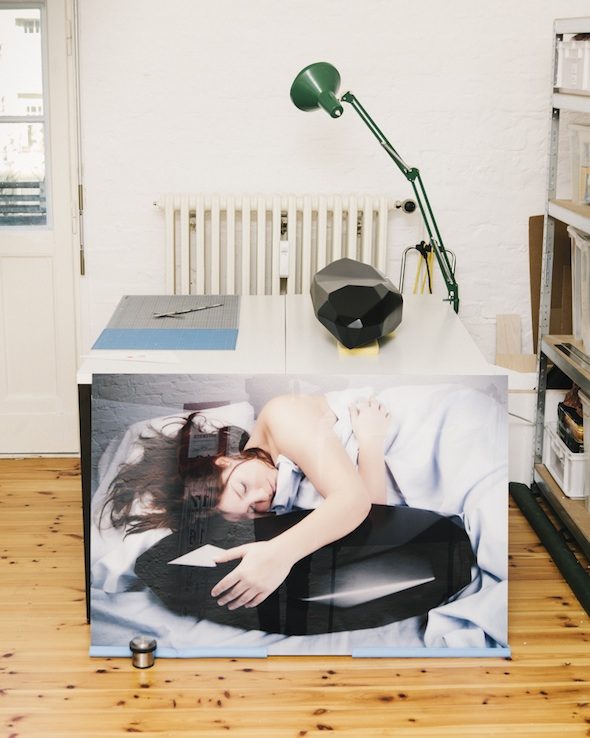 Her recent piece ‘Jacobson’s Fabulous Olfactometer’ is an elaborate head-gear, which mimics mammalian flehmen when air pollution levels are high. The lip of the JFO wearer is curled back as a response to increased toxins in the air. This reaction – common to many animals – is re-contextualized as a useful tool for humans living in highly polluted urban centres. Hertrich has a self-professed utilitarian approach to art-making, which can be seen clearly in her prosthetic works, however speculative they may be. Nevertheless, they are not without artistic merit: the outer appearance of these apparatuses seem to reflect a nostalgic scientific aesthetic, resembling turn of the 20th century, leather-clad interrogation devices rather than sleek 21st century digital technologies. 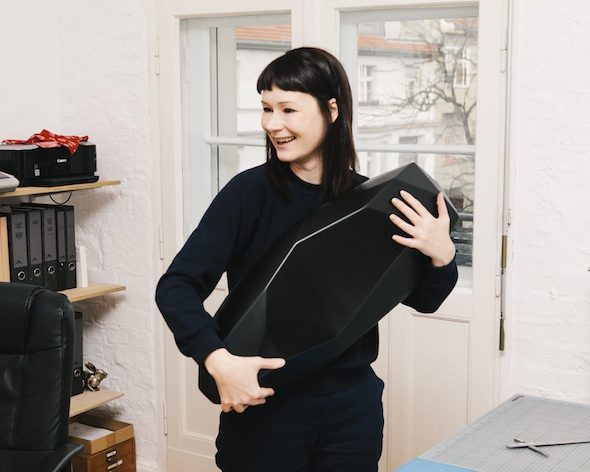 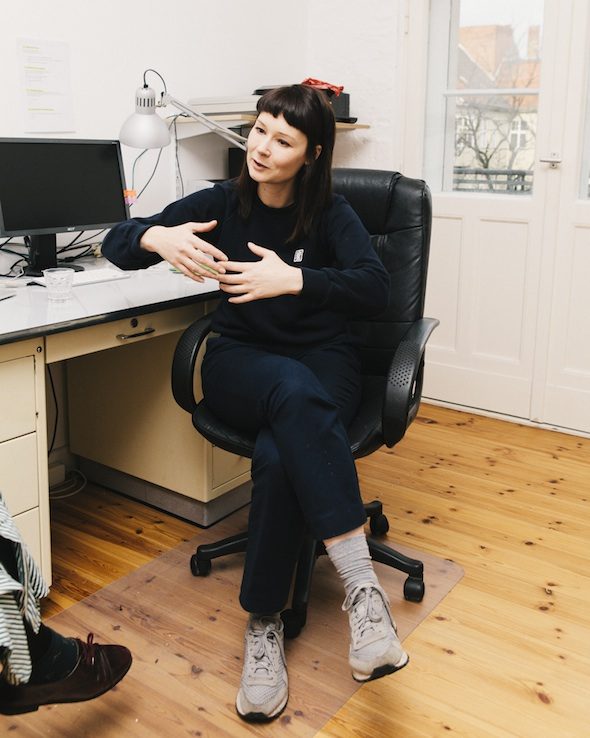 A lot of Hertrich’s current studio work is done at her desk, researching sensory perception. She’s about to embark on an extended project in Switzerland, with collaborator Shintaro Miyazaki, at the Institute of Experimental Design and Media Cultures in Basel. The pair are interested in animal perception – how animals see the world and sense the invisible, particularly through electro-reception. A big part of Hertrich’s practice involves actively engaging in scientific research, whether as a teaching fellow or through contributions of peer-reviewed scientific conference papers. I ask her about whether she is taken seriously within the discipline, and she mentions the exciting possibilities brought on by this kind of collaboration – the ability of artists to present refreshing perspectives on scientific discourse by simply eschewing certain deeply engrained traditions and methodologies. She regards her studies as wildly speculative but in many ways, speculation is a huge part of scientific inquiry. 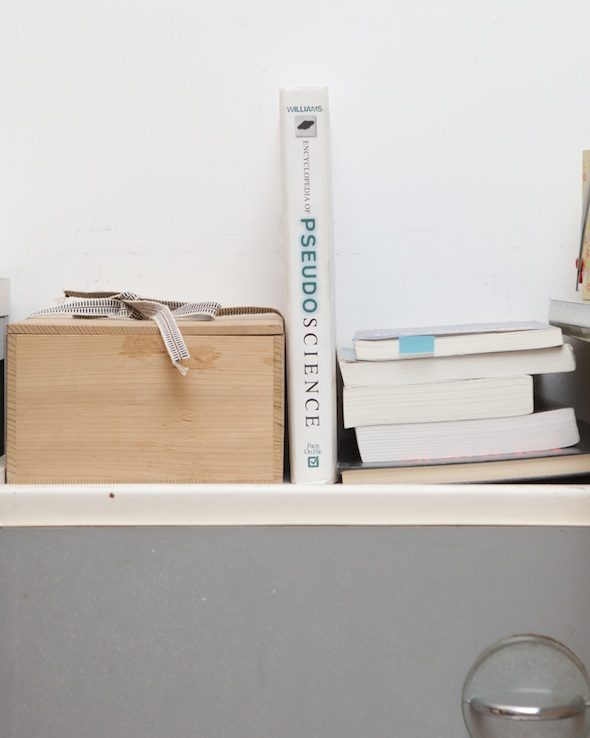 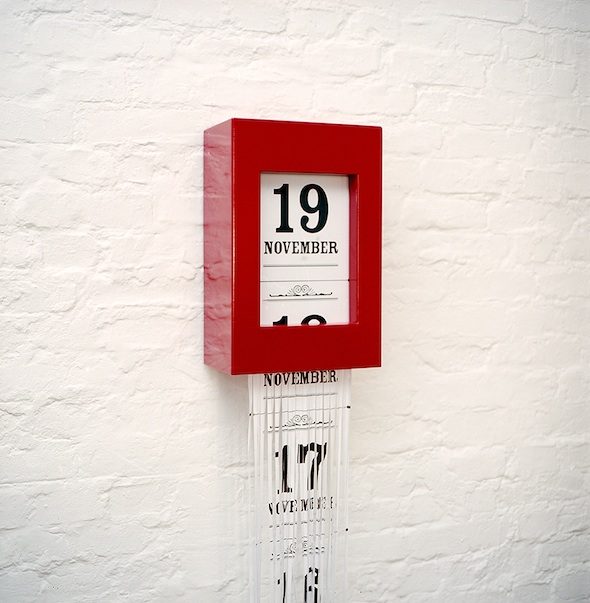 In the studio, Hertrich introduced us to some of her older works that now take an almost decorative place in her home. The ‘Chrono-Shredder’ is an ongoing work that began in 2007. Appearing at first to be an ordinary mounted calendar, the piece is shredding each day away in real time, taking 24 hours to shred the full day. She’s had interest from design companies wanting to mass-produce the piece for household use. I remark that it’s quite depressing, especially in these winter months, to watch your day being literally shred away. Hertrich also had in mind this more bleak approach to the piece, and finds the popular interest in it quite telling. 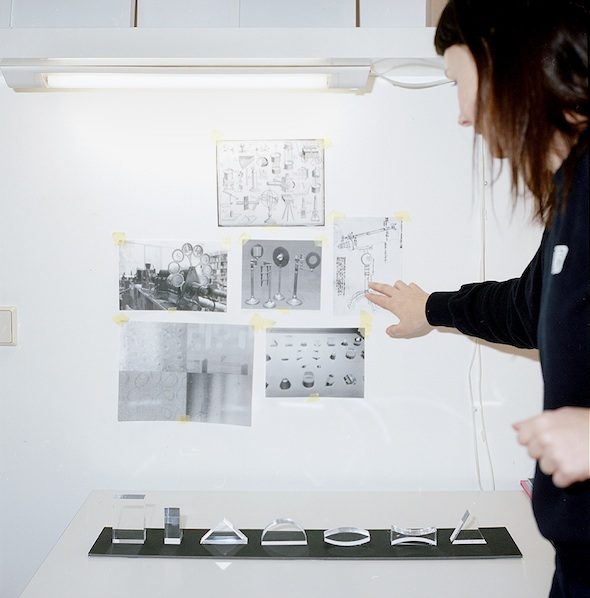 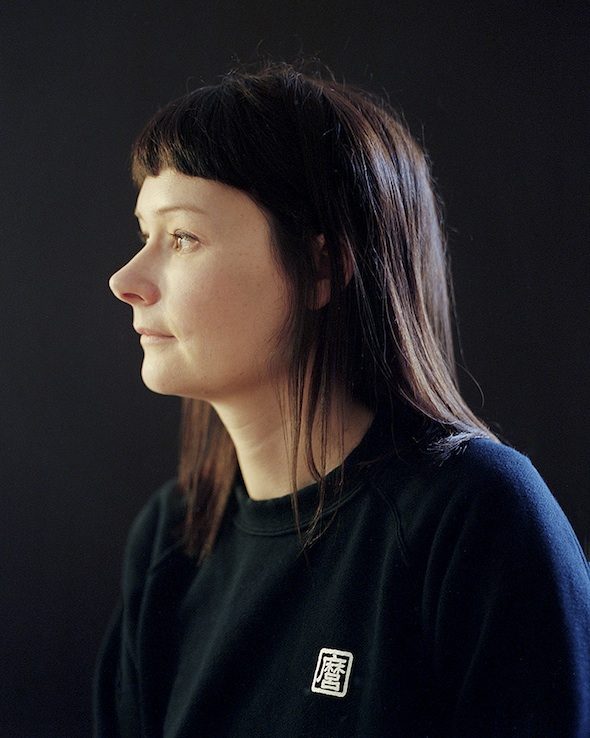 After a recent residency in Tokyo, Hertrich began researching optics. On a table in her studio there’s a series of glass objects and some recent kaleidoscope creations, with image reference materials pasted to the wall. I test out the kaleidoscopes, which she tells me are incredibly easy to make. Though I doubt that somehow, her can-do attitude is contagious. In the hallway, complementing her colourful Eames coatrack, is a risk-assessment graph she put together some years ago, comparing popular risk perception to actual hazards. The piece has been picked up by risk analysts and published widely in respected journals, she tells me, despite having been created as a work of art. It’s this grey area – somewhere between science and art – where Hertrich’s practice is located and the possibilities seem endless for presenting fruitful and unusual perspectives on both fields, weighted with tradition as they are.