Science does not happen in a vacuum. That is the message of Robert Marc Friedman‘s new play Transcendence, which premiered in November at the English Theatre Berlin. The play is a beautiful portrait of a moment in history in which racism and nationalism seem to rip apart the very fabric of space and time in Europe.

Caught in the fray is a young Albert Einstein on his way to developing the general theory of relativity in the first quarter of the 20th century. He is supported by his friend, Max Planck, who historically played a significant role in discovering him and who fights to get Einstein a prestigious position at Berlin University. Einstein, true to his head-in-the-clouds genius persona, tries to ignore the anti-semitism that is bubbling around him, while Planck remains loyal to all the powers that rule Germany, from the Kaiser through to Hitler. Both characters realise that compromises will have to be made. 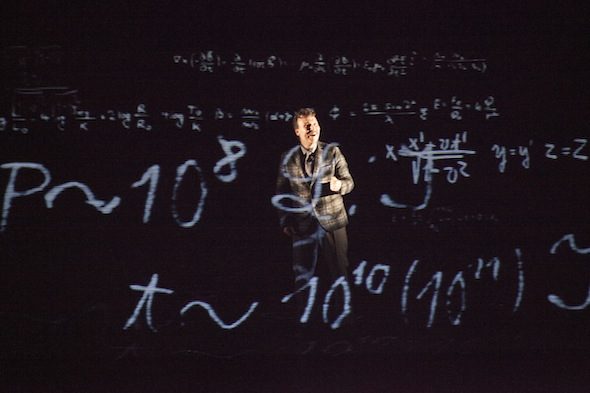 Although the world recognises with increasing unanimity that Einstein’s theory is a watershed in scientific thought, the Nobel committee is very reticent to acknowledge his accomplishments with a prize. Suddenly it becomes clear that this most coveted of prizes is not awarded purely on merit but that Einstein’s politics and his ethnicity make him a hard choice. He is only awarded the prize in 1922, after years of being passed up for lesser physicists.

Friedman is in his natural habitat when he writes about science and politics. He has been honoured by institutions like Yale University for increasing public understanding of science. His ability to marry the two disparate worlds is flawless, he has created a narrative that is both compelling and informative, and of course at times foreboding.

Under the direction of Günther Grosser the set becomes an ethereal wonderland both for ideas and characters. Some fantastic meshed projection technology creates opportunities to demonstrate emotional states of mind through the actual space the characters inhabit. It gives the set more dimensions than even a theoretical physicist can count. 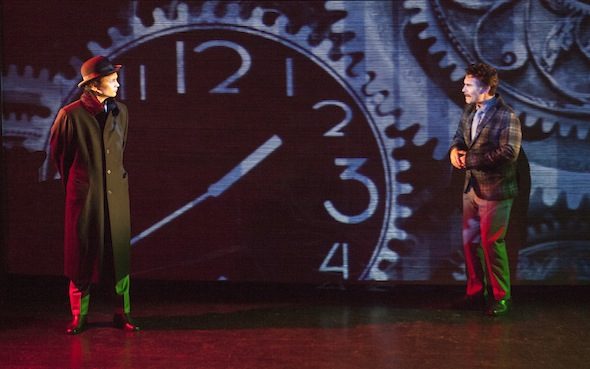 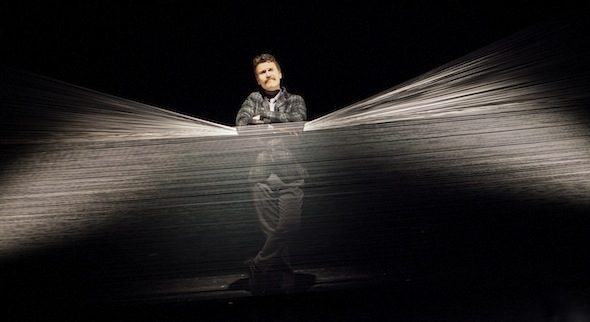 It is tempting to watch the play from a pedestal and judge those scientists for allowing themselves to get involved in something so petty as racism. But one is soon goaded by the fact that it really was not that long ago. Only last century did pseudo-sciences like eugenics flourish, which dressed prejudice in sophisticated scientific jargon. Moreover, the current xenophobia that has flared up towards refugees makes it all too apparent that Europe is never as far from the brink of madness as we would like to think. “Nationalism is a childhood disease,” Einstein says in the play. “When will we grow out of it?”

Considering that November marked the 100th anniversary of Einstein’s general theory of relativity, this was a particularly fitting time to see this moving and edifying play, and to reflect on some of the political influences that complicate our naive belief in objective science. The play will return to the stage in March 2016 for its second run.