It is safe to say that 2015 was the year that feminist DIY culture catapulted into the mainstream cultural sphere. Whether it be the emergence of the multitude of female-fronted zines and publications such as Sister and OOMK, or Grace Miceli’s first IRL exhibition of the artists featured in her online Art Baby Gallery, culminating in a show aptly entitled ‘Girls at Night on the Internet’, this year has seen women artists going from strength to strength. It has been a refreshing and exciting development to see these emerging feminist creatives and online artists claiming a space of their own by taking their work to the printed page, or to the gallery space. Through DIY practice these women artists have been able to provoke a wave of change and provide a much needed shift in the power dynamics of the white male dominated art world. 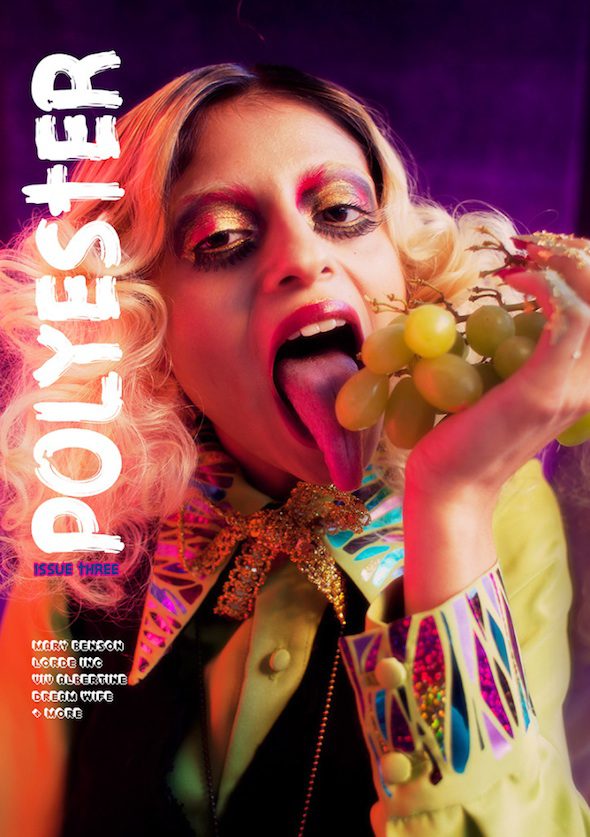 One publication in particular that has been at the forefront of this girl power publishing takeover is Polyester. With its inspiration deriving from the John Waters quotation “have faith in your own bad taste”, Polyester heralds fashion and identity as crucial components of feminist culture. Ione Gamble, the founder and editor in chief of the publication, has been able to provide an engaging and exciting alternative to the mainstream fashion’s ideals, and has provoked a much-needed dialogue around subjects varying from mental health to body politics. Through Polyester, Gamble has been able to create a simultaneously honest, vulnerable and fun publication that places the importance of freedom of expression above all else.

However, with the rise in popularity of these female-fronted DIY platforms over the past year, there has also been an increase in the employment of feminism as a marketing and branding device, as well as the coining of the term ‘clickbait feminism’. As Polyester strives to fight against feminism’s dismissal as a passing fad or trend, we spoke to Gamble about her plans for the publication’s future, how her views on fashion and feminism have changed, as well as her advice for budding creatives starting out on the DIY scene. 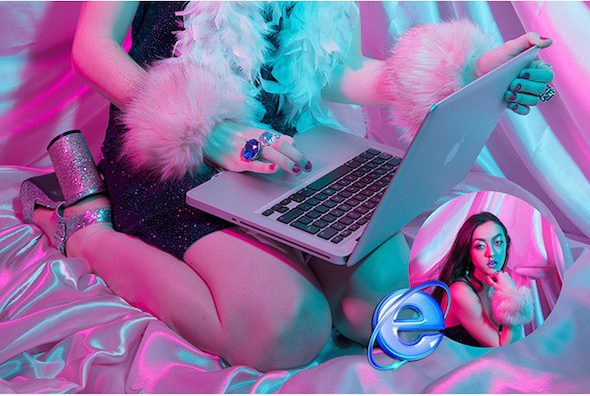 Lazy Oaf and Somewhere Nowhere, all other garments vintage model’s own // Photo by Lewis Vorn, courtesy of Polyester

Celia Wickham: What was it that first influenced you to start Polyester?

Ione Gamble: Polyester started as a university project in which we had to create publications in groups. Around the same time, I had started to become frustrated with the fashion industry’s tendency to favour minimalism, in terms of ideas, aesthetics etc., over any other type of design or subculture. As I saw it, the designers I liked, (such as Meadham Kirchhoff) and girls who I admired online (like Arvida Byström and Molly Soda) were just as intellectual and amazing but getting no credit for it, or their work was dismissed as ‘faddy’. I wanted to create a space in which ‘online artists’ and feminists were celebrated as opposed to their work being treated as a trend which would eventually pass.

CW: How have your ideas of fashion, feminism and the intersections between the two changed and developed since starting out?

IG: I don’t think much has changed. I always sought feminism through fashion, through people like Meadham Kirchhoff and through artists that deal with both feminism and fashion, or identity, but have increasingly found myself having a harder time with the marrying of the two worlds. Recently, I’ve seen a lot of ‘feminist’ brands use feminism as a means to sell products, that aren’t actually inclusive, or that you can tell are pedalling a very false agenda, which is disheartening. However, there are still creative and authentic people out there such as Maisie Cousins, Joanna Kiely, Clio Peppiatt, Namilia and so many more, who deal with these issues in the loveliest way possible and give me hope for the future. Also, I think fashion and identity are so important to the feminist, queer, or even just adolescent experience that to dismiss them as ‘unfeminist’ altogether is naive. 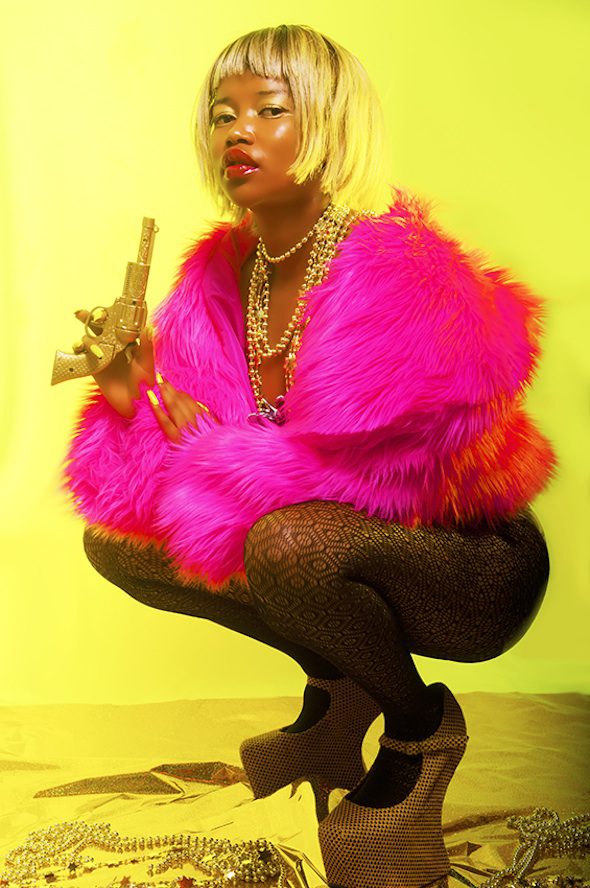 CW: In regards to diversity in the fashion industry, what do you hope for in 2016?

IG: In 2016 I hope to see less ‘token’ diversity and more real diversity, on a much bigger level. I hope to stop seeing the fashion industry taking credit for initiating the transgender movement, and I hope for more success and recognition for my peers that are doing more for diversity and inclusiveness than most major outlets.

CW: As well as working on Polyester, you’ve also been involved with other creative projects, such as collaborating with the BFI and Tate – what have been personal highlights for you?

IG: Polyester‘s first birthday was a huge personal highlight for me. It was like a giant daytime sleepover with 200 girls and queer people; literally the dream! I hope to do more events like that in the future. I’m also really, really excited about issue four of Polyester. It’s the biggest yet and I’ve spent a lot of time on it, so am just itching for everyone else to see it. Working with the Tate and doing such a big zine workshop as part of their Late at Tate event series was really cool. Working with big institutions is great in the sense that it hopefully means the barriers are breaking down a bit. 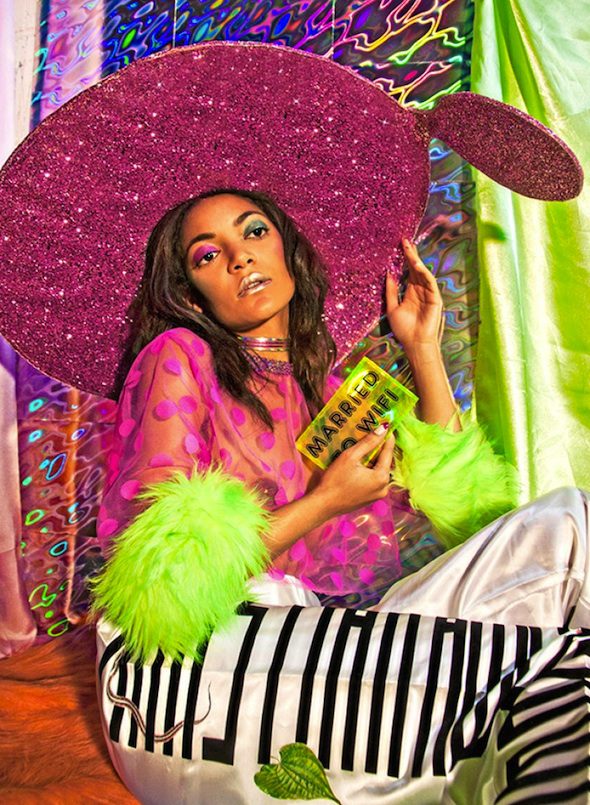 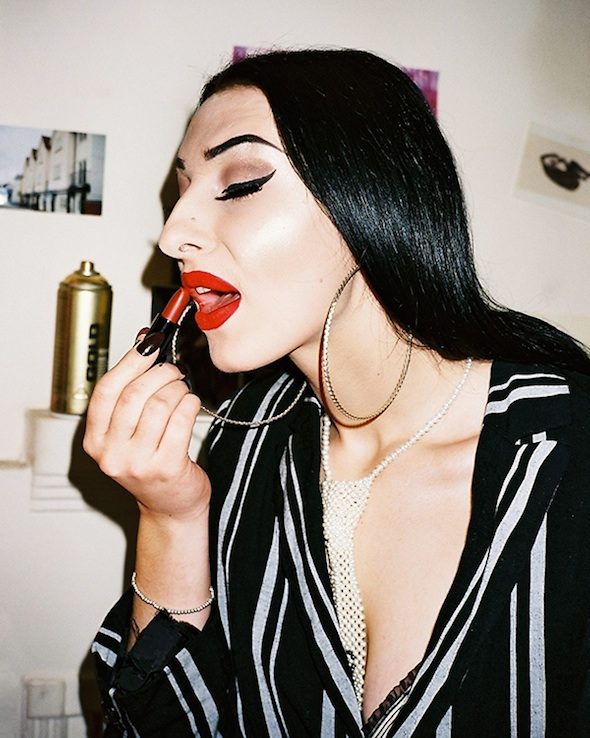 CW: What advice would you give to other young people hoping to start their own publication, or any other kind of creative project?

IG: I would first of all say to get some experience submitting and writing for other zines and seeing how the process works. Make sure you have an idea you really believe in, that hasn’t really been covered by anything else you see existing at the moment. Be prepared for how much work it takes, and for the fact that it’s unlikely you’ll make any money. Then forget about all the scary stuff and just go for it! Reach out to the people you admire and don’t be scared to ask for help from others.

CW: Finally, what are your plans for Polyester this year?

IG: Issue four will launch on the 9th of February at the MOTH Club in London, which I’m super excited for and spending all my time on at the moment. Aside from that, the designer Clio Peppiat and I are in the really early stages of planning another Female Matters fundraiser. I’d also really like to put on more workshop and panel days. Without sponsorship it’s really hard, but hopefully I can make it work! 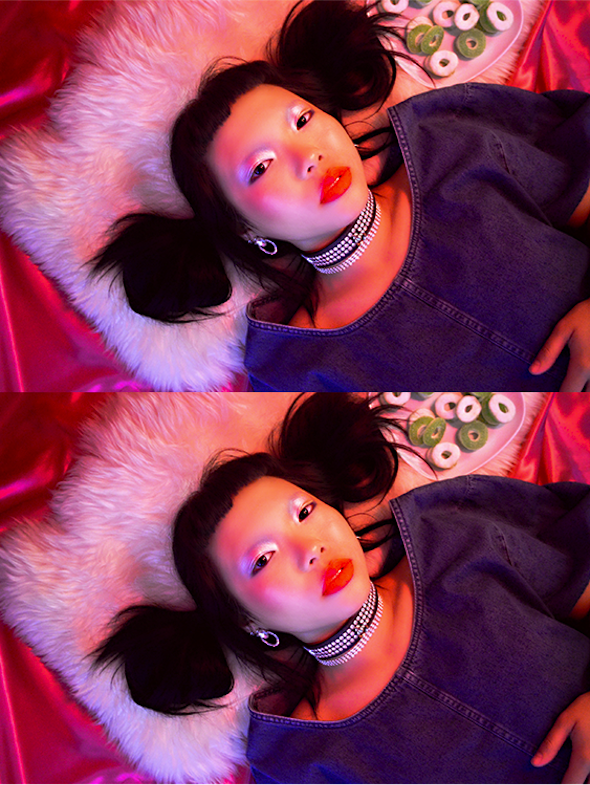