The fashion world is not exactly known for its profound reflections on the human condition. Most of the industry can at best be described as superficial, exploitative of women, and destructive to the environment and workers in developing countries. There are, however, a few voices crying out in the wilderness, drawing attention to its excesses. Tigran Avetisyan is a Moscow-based designer whose garments critique the system from the inside. For example, his graduation collection, a 1970s throwback to the punk era, features slogans like “No Jobs” and “Nothing Changes” chalked on jackets and coats. His “Best Hits” collection mocks the omnipresence of sex in marketing by including leopard prints or pink velour into his designs. Upon closer inspection the leopard dots turn out to actually be parts of the word “No”. We spoke to Tigran about his view on the fashion industry. 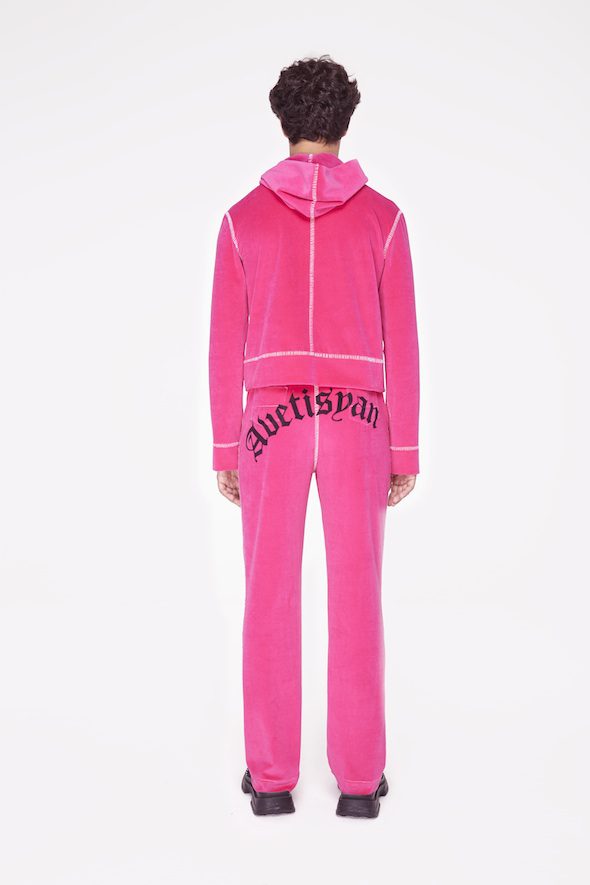 TL Andrews: How did you get started in fashion?

Tigran Avetisyan: I became interested in it relatively late, when I was 21. I was doing a product design course at Saint Martin’s. I wasn’t really happy with the course and at the same time I was surrounded by all these fashion people. Saint Martin’s, as you know, is world famous for its fashion degree. So I started to get interested and at some point I changed.

TLA: A lot of your work has an element of protest to it, or at least critique. Can you tell me about that?

TA: As much as I love fashion there are a lot of issues with it. You don’t have to go deep into it to realise that. It’s so intrinsically wrong, that’s why I find it so interesting.

TLA: What do you think is wrong with it?

TA: Many things. Recently there has been a lot of discussion about the speed of fashion – whether we need so many clothes, whether fashion needs to change so often. Also there is a lack of creativity in fashion, partly due to the high turnover. Then, obviously there are the social and production issues: the outsourcing of mass production to poorer countries is a very controversial issue. So there are hundreds and hundreds of things you can talk about. 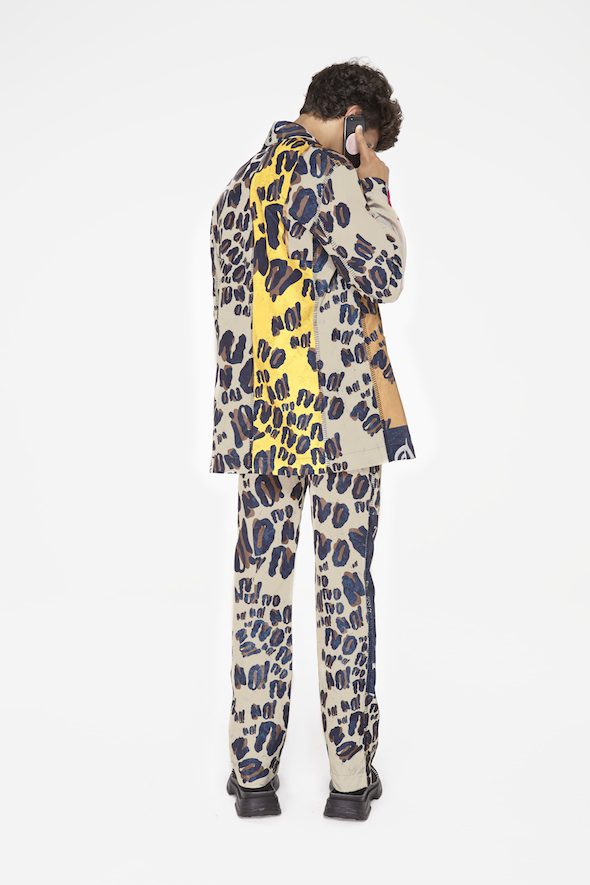 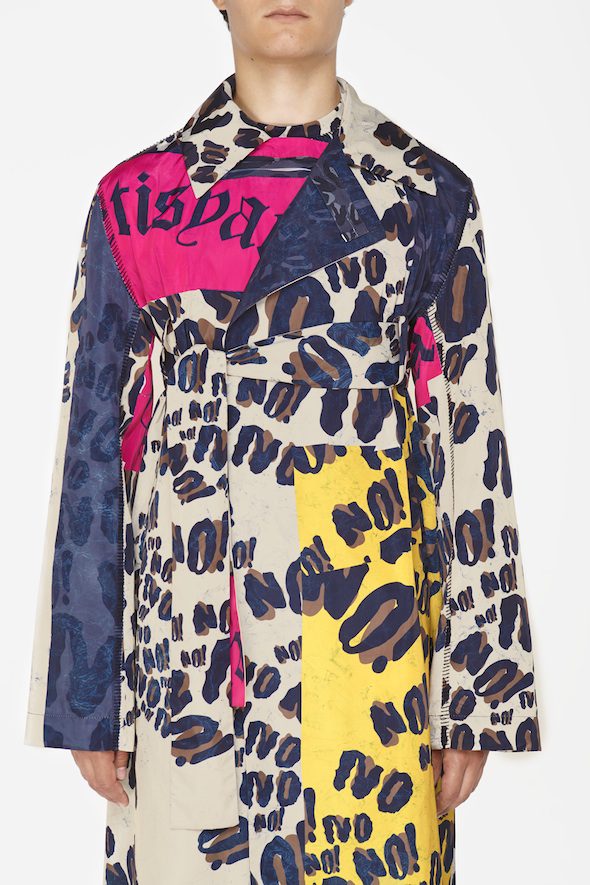 TLA: One of the biggest problems with fashion seems to be the way people, especially teenagers, put their entire identity into fashion. What is your opinion on that issue?

TA: It’s funny how hard people try to find their own individual look. But I am reminded of a Dutch photographer who goes around cities and photographs people who think they have their own individual look, then he collages them all together. It turns out they’re all part of a group. I think fashion has a kind of tribal function. It’s about belonging – about being part of something.

TLA: One of the things you critique is the “sex sells” mantra. What do you think of sex as a marketing tool and how do you approach that in your work?

TA: Sex is obviously a very important tool to sell things. My last collection in particular was about sex and about the appropriation of sex in fashion. I don’t have much to say about it apart from the clothes themselves. I prefer to leave things open and see what people have to say about it. What I can tell you, however, is that I am really interested in marketing in general. Most of my collections are linked by this idea of marketing and the effect it has on fashion. It has become more about marketing than about cut, shape etc.

I just comment on what I see. If things weren’t the way they are now – if people weren’t appropriating sex, if they weren’t using these cheap tricks to sell you more clothes – I would be out of a job. I would have nothing to talk about. So in a way I like the wrongness of fashion.

TLA: In the same way that a superhero needs criminals?

TA: Exactly [chuckle]. I’ll use that one for the future. 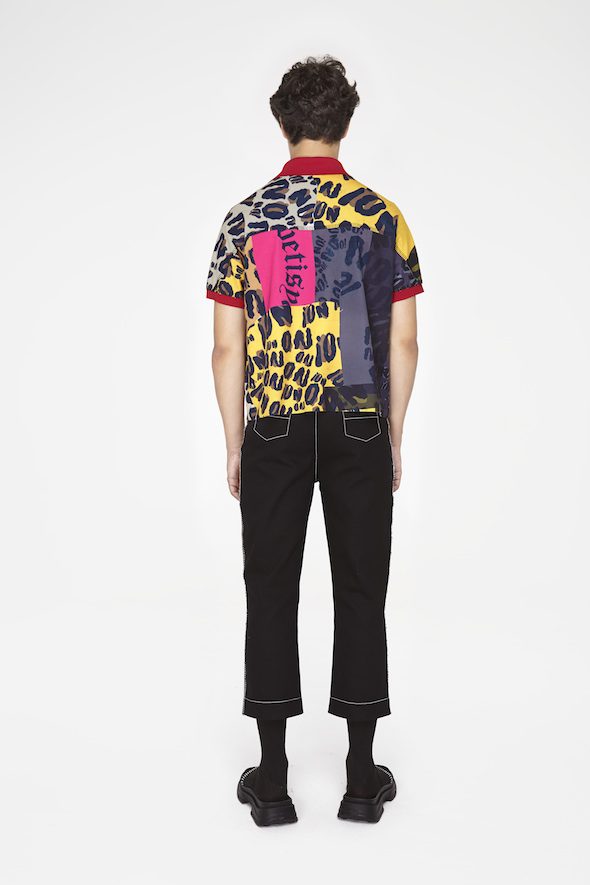 TA: Yes, you always have to choose. But to me message always comes first. I wouldn’t get excited about a beautiful thing. To me something is beautiful if it has an idea behind it. That’s what I get turned on by. In fashion everything has been said in terms of cut, shape and colour, but I think there is uncharted territory in the conceptual aspect of fashion. That’s one of the ways I see a future in what I do.

TLA: That leads me to another trade-off: between message and wearability. For example, most men wouldn’t be daring enough to wear one of the leopard print garments you designed. How do you see that issue?

TA: I’ve been hearing this point a lot lately. In my case it’s important to put my message across and then simplify it a bit later. This is how things are for many brands. At the beginning they are very crazy, very adventurous, experimental. Then it starts selling and they adjust. I’m on this track right now. I’ve been simplifying things. At the same time I have to keep interest in my work. 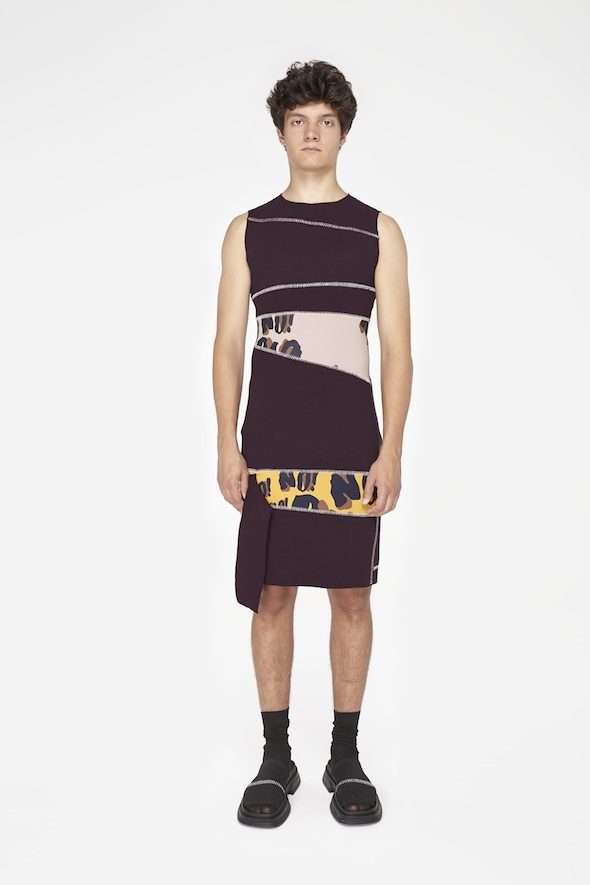 TLA: What is it like being a fashion designer living in Moscow today?

TA: There are some down-sides and up-sides. The production price has gone down quite a bit since the crisis. The value of the Russian Ruble has halved. This makes production cheap. Since all my stores are abroad I am getting a lot of money back in my account because of the exchange rate. At the same time we are a very closed country so in terms of exporting to European countries or the United States it is a little tricky because the of the customs regulations.

I think being outside of fashion capitals like London, Paris, Milan or New York is a benefit more than a disadvantage because I am able to look at things from a distance. I like to take a step back and observe. In my work that’s very good because my work is about reflecting on fashion rather than being one step ahead. I need to be one step behind, looking at what has been done. I feed off of that.

TLA: How are you perceived as someone who makes gender neutral garments? Is that an issue in terms of gender politics and sexuality in Russia?

TA: When I started doing those gender neutral designs it was a comment on how standardised fashion has become. Everything fits everyone. On my label it actually said: “One size fits none”. It wasn’t meant to fit you. I don’t really go into gay issues or gender issues in my work. I am obviously very interested in politics and other current topics but with my work I try to speak about fashion only. In that sense it’s very tautological. It’s fashion about fashion. 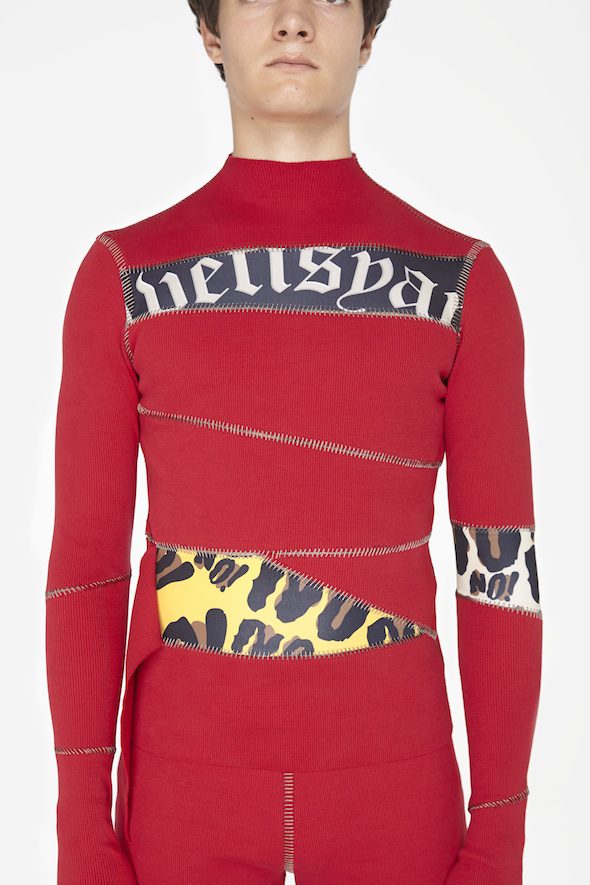