Two security guards meet us at the stage entrance of the Friedrichstadt Palast. “We have an appointment with the costume director, Sylvia Zuhr,” I say. The two search incredulously on their flip charts for me and our photographer, Greg Bannan. One scoffs audibly – annoyed because no-one has told him about this visit.

A phone call later everything is cleared up – the communications department confirms our story, but the encounter sets the stage for the massive organisation we are about to experience here at the largest show palace in Europe. They hand us visitor cards, instruct us to wait and watch us like skeptical children trying to figure out a magic trick. 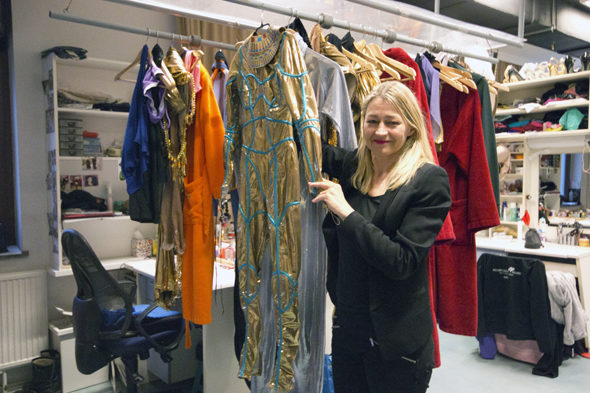 Things become much more welcoming when we finally meet Sylvia Zuhr. She is all smiles, dressed in thespian black, eager to show us her domain. As the costume director, she is in charge of the 564 costumes that get put on stage in the current production, The Wyld. She manages five full-time seamstresses who spend all their working hours creating and mending garments that will be used over 500 times in each production.

This is unlike any studio visit I’ve ever done. This studio is in a building with four stories, it employs 60 dancers and requires such an expansive bureaucracy that I wonder if it can still be considered art.

She shows us some of the masks first. One is for a character that is male from one side and female from the other, requiring the dancer to flip around numerous times during the routine. It is large yet lightweight to allow for swift movement on stage. It has been tailored to fit the specific dancer’s head exactly. The mask is undergoing touch ups at the moment. Even though the theatre is about to put on the 85th show of The Wyld, continuous meticulous care is put into making sure everything looks as dazzling as on the first day. 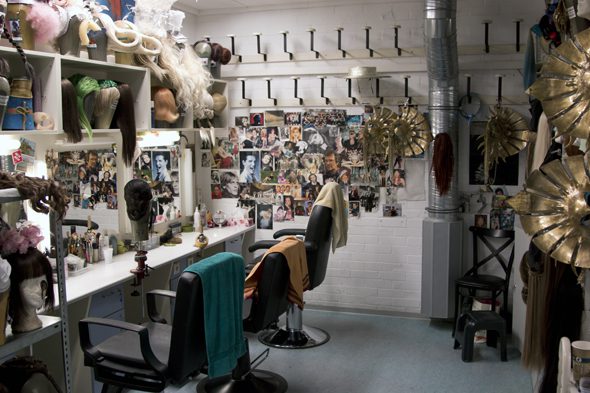 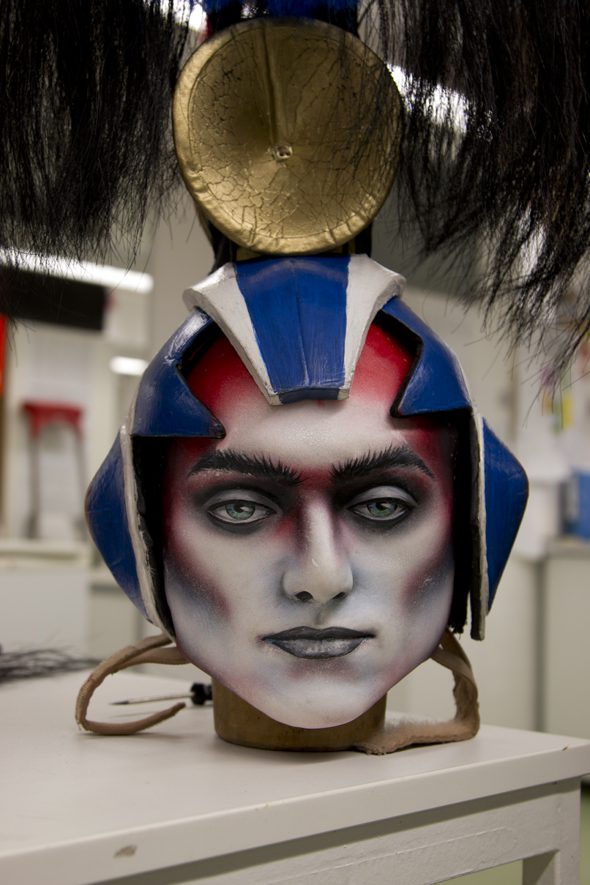 The mask is emblematic of the unique work Zuhr does in the world of costumes. In many ways it is uncharacteristically free. Ordinary fashion designers – even the most avant-guard ones – are typically constrained by functionality. Some human being out in the world needs to be able wear the clothes in some or other context. Those designers who choose to completely unmoor themselves from the basics of function, of wearability, damn themselves to only creating clothing for eccentric elites. Costume design on the other hand is not held down by the same gravity. Anything is possible. “Many designers feel attracted to theatre because it offers the opportunity for transformation,” Zuhr muses. “Compared to street fashion it is much freer, much more erotic.”

The Wyld frolics in every inch of the freedom the medium offers. The show features everything from Egyptian monarchs laden with gold, cone-headed aliens squeezed into tight grey sequins, 80s lumo fashion and ballroom attire all jumbled into one production. Haphazardly? Perhaps.

“The audience should come in and enjoy the imagery, they should let their imagination run free,” Zuhr says, adding almost defensively: “But they shouldn’t look for meaning.” This is a place where you will find a rotating stage, breath-robbing trapeze acts and underwater dance routines, but not where you will find existential meaning. It is a pure glorification of aesthetics. 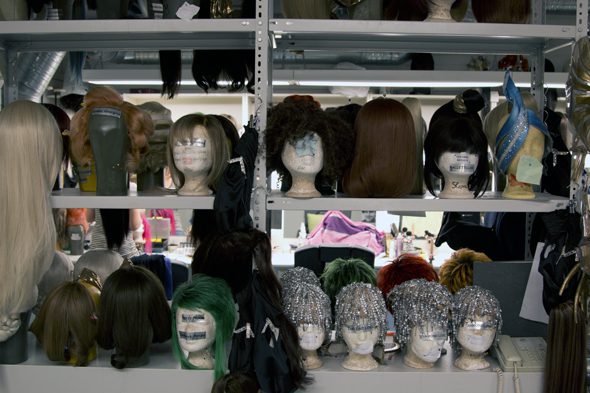 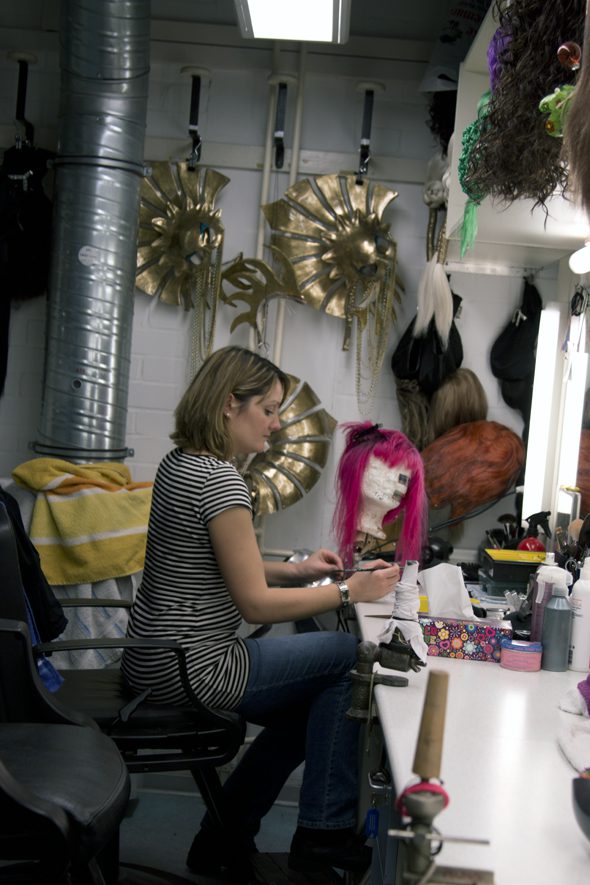 The costumes were not designed by Zuhr herself. They were conceptualised by Stefano Canuli and Manfred Thiery Mugler – both of whom have integrated their diverse backgrounds into every stitch. Mugler was a ballet dancer before he became a designer. Canuli’s background is more rooted in the visual arts, having worked as an illustrator, photographer and painter before he and Mugler collaborated on a show for Cirque du Soleil.

The result is a broad array of costumes that do not only push aesthetic boundaries, but which synergise with the light and stage picture to create a multi-dimensional garment. They understand how to design a piece for dance – as it is in the dance routines that the marriage of fashion and theatre is consummated.

Zuhr takes us to the wig-making section. A member of her team is standing in front of a pink wig for the 80s routine, painstakingly dying the roots of each individual strand black. The wig-maker explains that the black roots make the wig appear a little smaller on stage. She thought it had looked too poofy before. She will spend the next few hours completing a task which a very small percentage of the audience would notice, let alone appreciate. 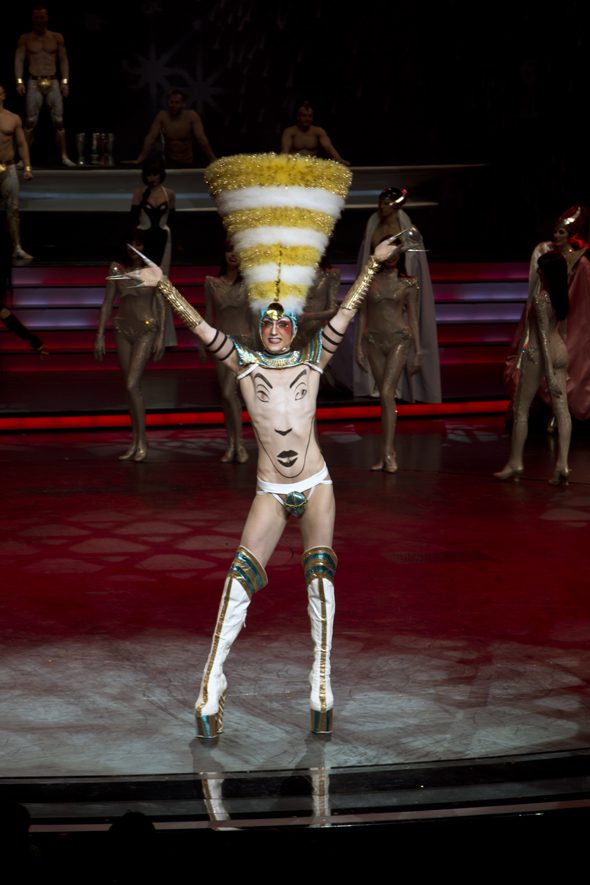 As Zuhr’s tour concludes, having taken us through the shoemaker’s room and all the dressing rooms, I begin to come round to the idea that her work is art. I suppose it was the managerial and bureaucratic parts of her job that made me reluctant to give it that title. After all, she spends her time coordinating with 50 external studios to produce hundreds of costume elements – everything from shoes, to jewellery and hats. She takes sketches from the designers, and over the course of five months, adds fabrics, supervises fittings and balances the budget to finally create the stage costume. This sounds like the work of an administrator, not an artist.

What convinced me was watching the show. As I looked at the sexy aliens, the nimble trapeze artists, the faultless choreography – all I could concentrate was on that: the show. The bureaucracy was so well coordinated that it was hidden. As they say, when design is done right it is 99% invisible. Accomplishing that invisibility in this juggernaut of a production over 500 times in a run is certainly not science, it is art. 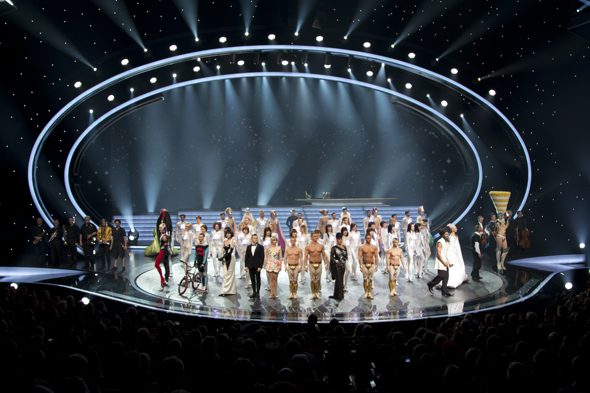