Live Works sees performance as a work space, as well as an instrument and cultural exercise.  This fourth ever residency, funding and creative support program is centred around the idea of hybrid research, underlining the openness and fluidity of performance, its social and political implications and its level of public understandability. 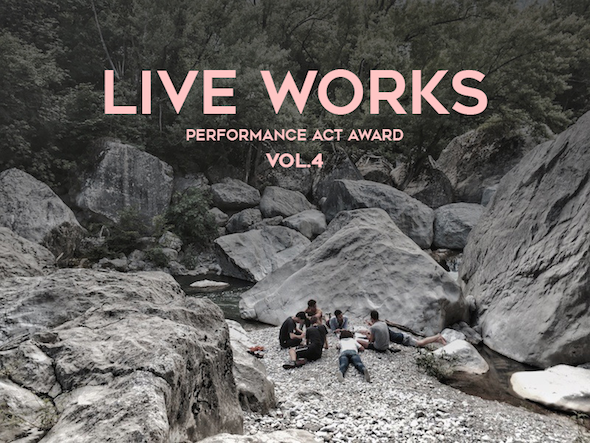 Artists and professionals from any location may apply as individuals or in groups, with a single project. However, the competition only accepts unpublished or long-term projects that need to be further developed.

The nine projects selected by Live Works will be invited to participate in a production residency hosted in Northern Italy at Centrale Fies, which takes place from the July 1-10, 2016. During this time participants will be awarded a budget of €800 to produce their performance. The development of the projects during the residency will be supported by diverse types of curatorship, focusing on both theoretical and technical components. Centrale Fies will also provide a technician and a production manager to assist the artists.

If the residency cannot be carried out in the period indicated in the competition announcement, it is possible to organize alternative forms of residency, though some restrictions apply.

The performances produced will be presented during the 36th edition of the Drodesera Festival of Performing Arts where the nine finalists will be evaluated by a jury. The winning artist will be offered the possibility of an additional residency phase at Centrale Fies with a €1000 prize. Applications must be received by March 7 at midnight. More details about this residency program are available here.