Green and blue bodies tussle and tangle together on canvas. These are not alien forms, but regular, average people fucking. They pulse and pound in sync, sometimes out of it, mashing together lustily. 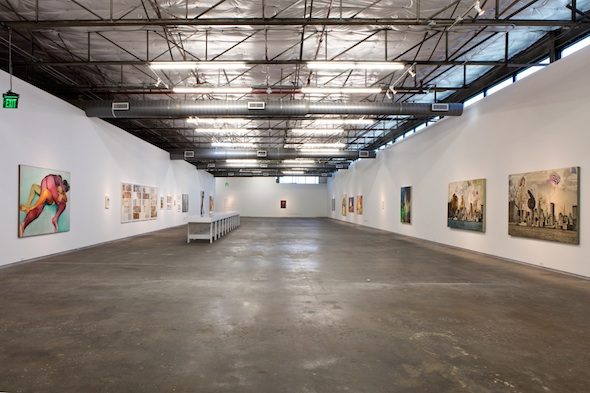 These are the works of Joan Semmel; gorgeously rendered raw reclamations of sexuality and gaze within pornographic media and art. What could be a scroll down Instagram lane instead demands our attention in the now. Paintings by women, of women fucking, were not a part of the dialogue in the 1970s, voices that has had its ups and downs in terms of decibels since. It was a man’s world, and art was no exception. These paintings, part of a sex-positive movement (itself controversial within certain feminist circles of thought, hence the title of the show) were made as a radical push against the belief that women had only a subsidized role within pornographic media, an issue still of concern in today’s dialogue. 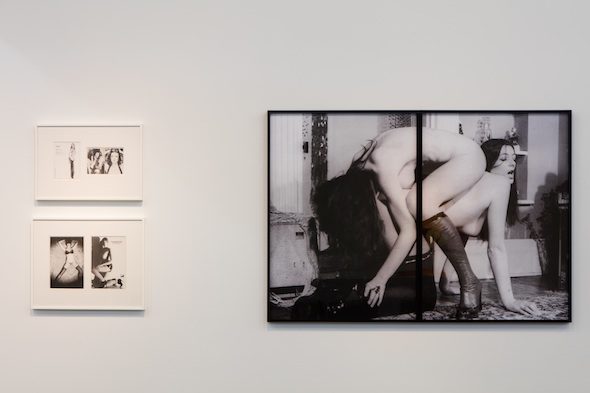 Betsy Tompkins, Joan Semmel, Anita Steckel, and Cosey Fanni Tutti, of Throbbing Gristle notoriety, are four artists who were breaking down barriers within the intersection of art and sex for their time. Their work continues to do so in this curated show by Alison M. Gingeras, Adjunct Curator at Dallas Contemporary, a space presently reinventing itself as a place for forward-thinking exhibitions thanks to the efforts of Gingeras and Senior Curator, Justine Ludwig.

The context for this show’s importance is all around us. We are inundated with sexual imagery in media and online. Seeing Thompkins, Steckel and Semmel’s paintings, along with the photographic work of Tutti (documenting her time as a pornographic performer) resonates with the viewer in a visceral way. The ideas start to gestate in your gut, punch their way up to your throat, and then sit in the mush of the skull, waiting to be taken apart and put back together. 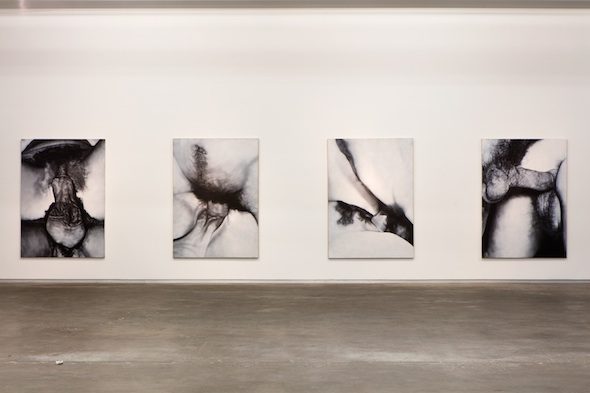 Thompkins’ black and white photographic paintings are as real as they get. Stripped of the camp and pop of contemporary pornography, these are stark close-up shots of genitals on genitals; honest, tender moments of two bodies having hardcore sex. These are perspectives impossible to see when engaged in sex unless you have a carefully placed mirror. It puts you inside the work. You begin to sweat with awkward memories of Tinder dates or anniversary mistakes.

The work is affecting not because of the images themselves or the content. It’s about context, the hostile political and cultural environment in which they were made. By engaging with the work, you are engaging with history. With all that is laid bare, you are also left concerned with what isn’t present. While the bodies are green and purple, they are not black and brown. Nor are they queer or trans. It begets a new concern: Is there room in bed for every body?