Nacho Duato’s choreography Herrumbre is devoted to a study of terror and violence, not as exceptional but as ceaseless figures in the architecture of our everyday lives.

This month, the Staatsballett Berlin presents Duato’s Herrumbre with performances running from February 14th until the 28th. This important work is extremely modern and political. The performance was conceived in 2004, the same year in which morning commuters in Madrid fell victim to terrorist bombings; 2004 was also the year in which photos of tortured prisoners from Guantanamo were circulated around the world. 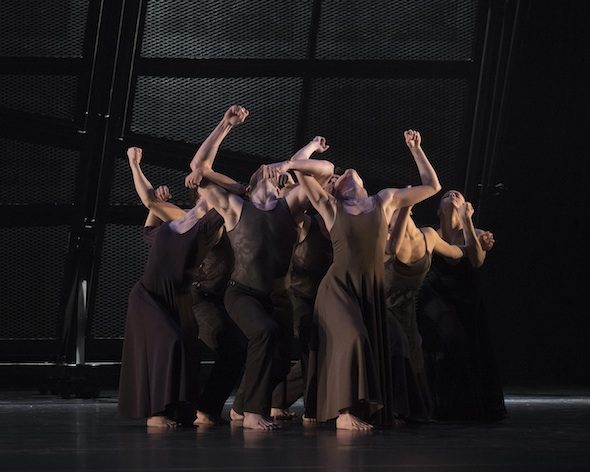 In this political climate, Nacho Duato decided to make the terror and the fatal as well as hopeless abyss of human pain the subjects of a new work. In his choreography, he relentlessly traces the pain caused by terror. With disturbing images of deepest humiliation he attempts to draw the eye into the darkness, through which the tortures are only revealed more clearly. At the same time, he also regards his production as a call for the respect of human dignity.

The scenic play is amplified by pale light and frightening shadows, which lay over the sharp, metallic stage designed by architect Jaffar Chalabi. The musician and composer Pedro Alcalde has created the musical score with Sergio Caballero, a composer of electronic music. Supplemented by David Darling‘s “Dark Wood”, a work that extends the sound of a solo cello electronically, a disturbing atmosphere is created, that will cause the audience to shudder. 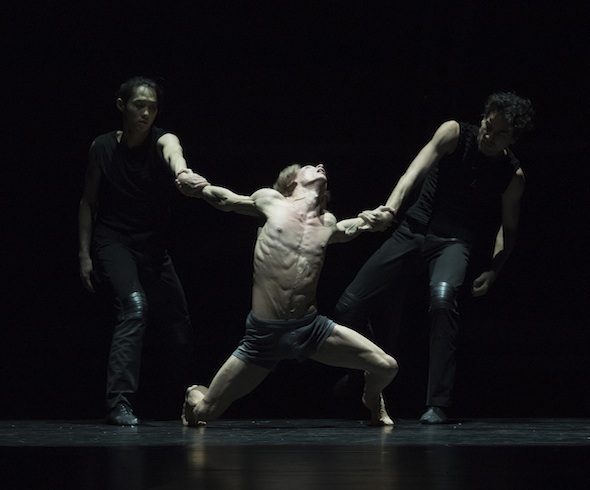