Across the street from the once-multifunctional studio space, nightclub, canvas for street art Stattbad Wedding, stands a hidden hinterhaus where Andreas Nicolas Fischer works. Two rooms over from his office there is a white-walled and mirror-clad dance studio. On his desk sits the skeleton of a computer beside a hard drive and various other components that are waiting to be put together as a Bitcoin generator installation. The spaces in which Fischer produces his generative digital pieces create the same atmosphere as his uncanny art, familiar yet somewhat unsettling. “My 3-D works explore worlds that are governed by their own rules, where people would want to visit, but not necessarily live,” he explains. 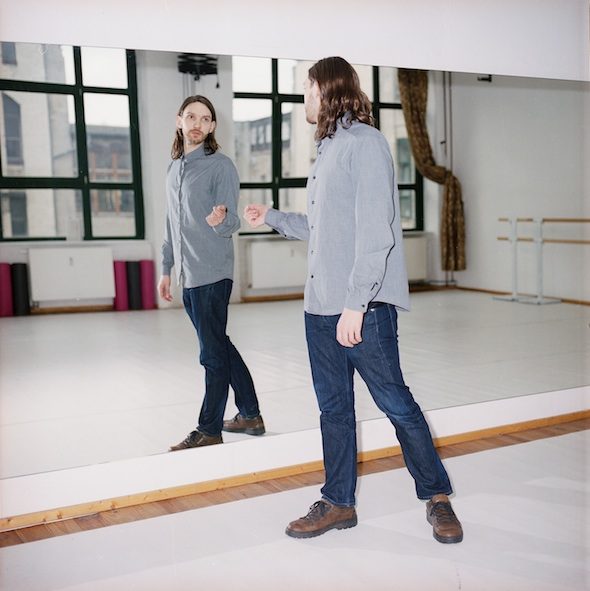 Fischer describes the generative ‘Schwarm’ series, by walking me through the intricacies of the blurred and contoured visual threads that compose the three pieces. They seem to resemble the Aurora Borealis, Neapolitan ice-cream flavours melting together and the winter sun setting through a window covered in condensation. He starts with a photograph, the particles of which are then moved and reoriented via ‘Processing’ software that influence the particles according to a density canvas and also alter the colours. From the original state, to near entropy, the particles begin to resemble a pattern found in nature – like a flock of birds – and when the artist recognizes something that moves him his work is done. “It’s like the participles are little machines moving across the canvas, they have a certain flow, and way they interact – with simple rules we can bring them to life.”

However, Fischer doesn’t feel he has a talent for coding or working with the software used to produce generative art. What he does get from the experience is the opportunity to get outside of his own head and produce something that surprises him as though he is the artist and the audience within the digital art. This type of freedom lets him address some metaphysical questions. The idea to attempt this was instilled in him by his father, who was a mechanical engineer with a curiosity for the bigger questions. This approach is a product of that 60’s and 70’s paradigm that was epitomized and satirized by Douglas Adams’ radio broadcast and later film ‘The Hitchhiker’s Guide to the Galaxy’, with its search for the “answer to the ultimate question of life, the universe, and everything.” 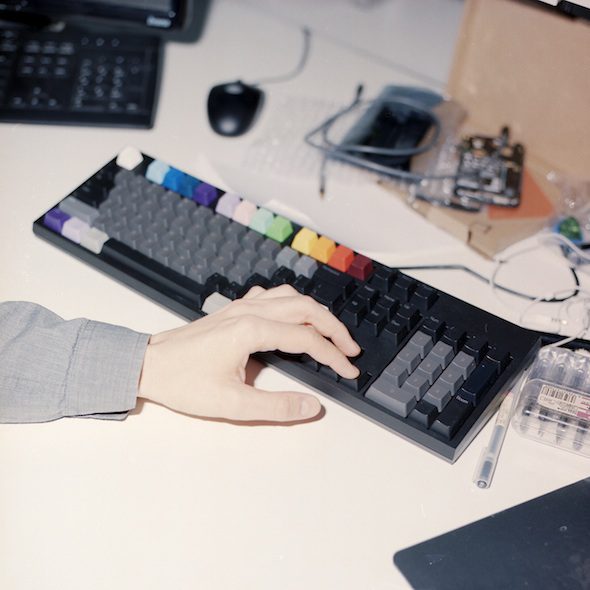 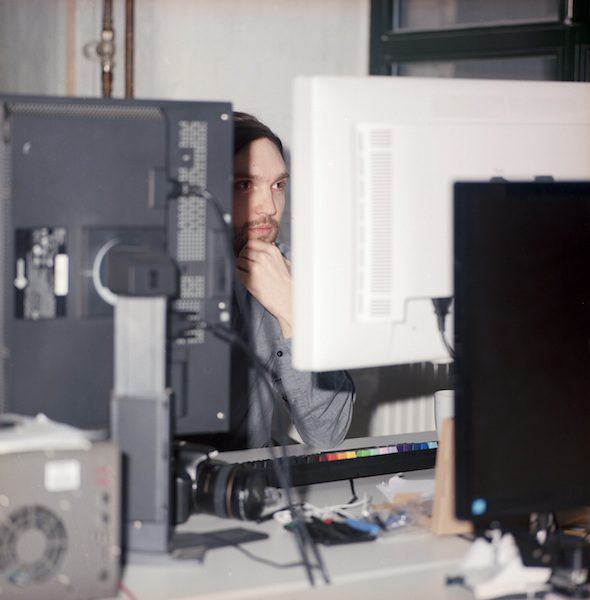 Allusions to Benoit Mandelbrot’s ‘fractal’ form the backbone of how Fischer connects his art outward, grasping at the existential. Fractals are patterns coming out of an algorithm that repeats within itself – natural features such as snowflakes, coastlines and even trees are known to display smaller versions of their larger shapes within themselves in this way. For the artist it is interesting how the scale is lost in fractal objects and instead what becomes apparent is the pattern itself – “though this is not an answer” to life for Fischer, “these patterns ultimately always break down” and therefore don’t provide a unifying theory for all things. In his art they inspire the direction of his coding manipulation and then “just become an observation from which viewers can form their own questions or ideas.” Not all of his political or scientific insights are translatable into art though. In the past he attempted making data visualization sculptures, though he found that the ideas of macroeconomics were too complex to be captured by a single piece.

With his art, largely influenced by natural patterns and formed by complex codes, questions of personalization arise. What defines his style are his inspirations and reflections about consumerist, globalized or multimedia zeitgeists. “I spend a lot of time on social media – tumblr, Pinterest, Instagram – trying to find some aesthetic elements that interest me enough to reproduce in my work.” Often it’s the little things that speak loudly to Fischer about the larger issues, like globalization: “the Latin Alphabet font on cardboard packaging coming from China, for example, is rendered atrociously, it forms its own exported aesthetic.” The artist’s reflections are piqued by the quest to discover the beauty in these multimedia elements that he finds so curious. 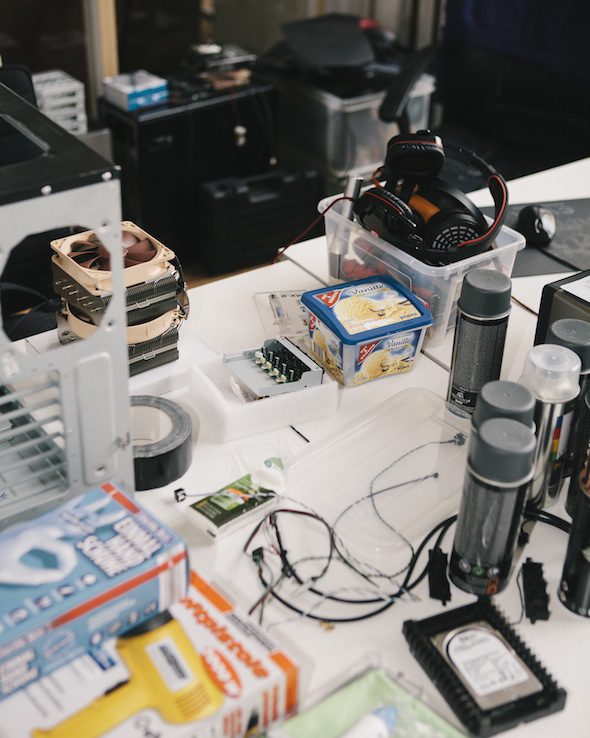 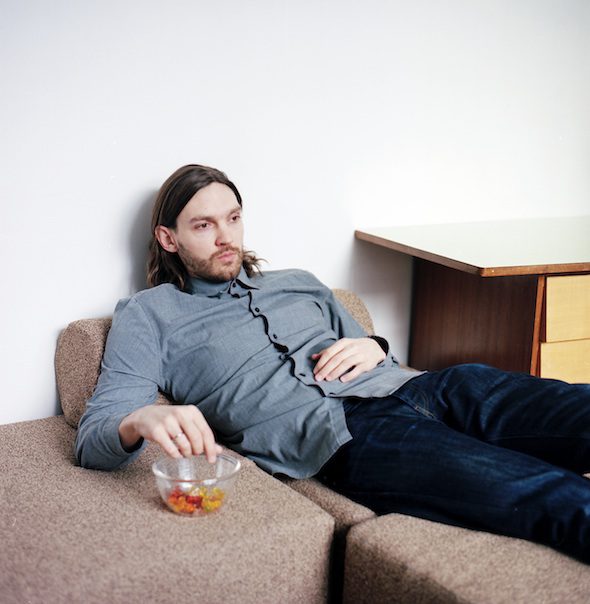 Currently, one of Fischer’s works, ‘HHH 6000’ (full film pending), is being displayed on an internet art platform, Crystallized Skins curated by Robert Seidel. Digital art is not just about the medium through which it is created, it’s also becoming the mode of display. “I used to get an email every two or three weeks from a new startup platform that wanted to be the new thing, saying ‘Hey we loved your work – insert name’ laughs.” Though he likes the Crystallized Skins concept, Fischer believes the business models for most online platforms often don’t work because the profit margins get lower and lower, putting pressure on the curators or entrepreneurs to cater their exhibitions towards certain niches. This influences the creative potential of interested artists. “I wouldn’t want to be optimizing my art according to how many clicks I need to get – that’s commodification – let’s just say I’m a little skeptical for now.”

A more current project of the artist’s is entitled ‘Second Nature’. It takes his work back to his childhood – or more specifically the experience of being in the forests of the Alps, where his grandmother used to live. He shot a scene of walking along a trail and then used software to track the movement of the camera in space. Within that space he built his own trail, dotted with vegetation that is starkly different from the original shot, and even includes banana leafs. The space now “is taking on my aesthetics with the shiny surfaces and gaudy colours,” he remarks. The creation of this project has satisfied the artist’s curiosity in exploring the evocation of atmosphere within the digital realm: “It’s obvious that this clip doesn’t display photorealism, but for me the piece calls attention to what you need to make an experience feel real.” Fischer shows us how the digital trail looks from the outside, a thinly lined tube of trees and plants. “It’s all really just a facade,” he explains.