Satoshi Fujiwara’s photographs are unflattering, harsh and brutal. Anybody caught within one of his covertly snapped images would no doubt look at themselves in both embarrassment and disbelief, regardless of their efforts by way of makeup or outfit. Yet, beyond that, his approach to his work, utilizing the subtlety of light and a telephoto lens, means that the resulting images are inescapable, mesmerizing and at times humorous. Covering a series of three volumes, Code Unknown uses a signature style in shooting detailed images of passing strangers within the subways of Berlin, only to then digitally alter their photographs in ways that contradict their actual likeness, challenging not only perceptions regarding ownership and rights within the public eye but also the beauty of the un-composed and un-staged. 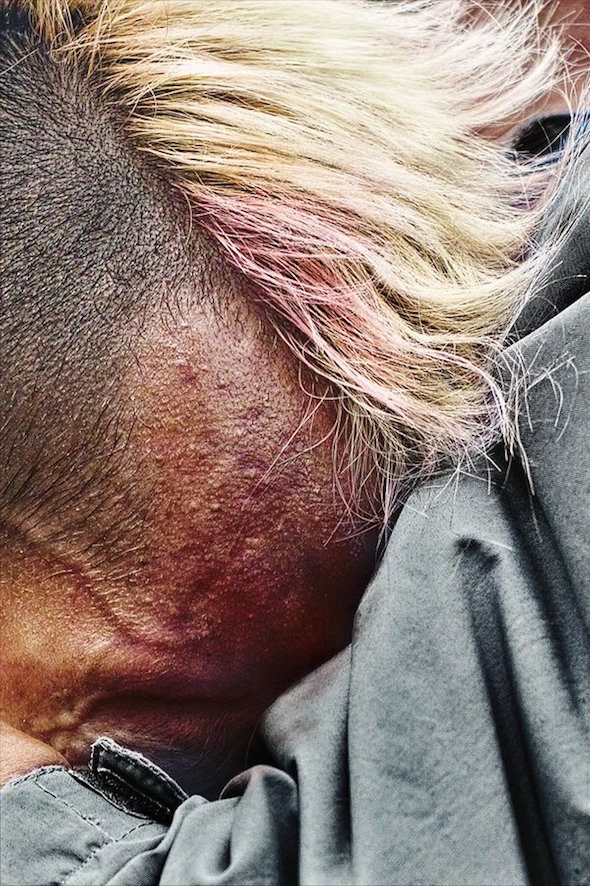 Other series’ such as #Scanning, R and #police #cover_up #demonstrations #brutality make use of the same approach, but expand onto the details of fabric, contrasting between that of police officers and citizens. Aside from this, Fujiwara makes use of gentler approaches to imagery in projects such as Eye of the West and Migrated Surfaces, where he explores the concept of identity in contrasting ways and examines their place within today’s western society, which both act as antidotes to the brazen and merciless nature of the street imagery he is widely known for.