In the credits of Dafna Maimon’s short film ‘The She The Same’ names familiar from a certain subsection of the Berlin art scene – the more literary types, perhaps – scroll by. As an artist who deals critically with emotional landscapes, it’s unsurprising that she is so adept at collaboration. A lot of her recent work traces relationships played out in a domestic setting. Maimon’s oeuvre is largely performance and video-based and so, in keeping with our monthly theme, she invited us to visit her Neukölln home, where she does her script-writing, editing and character development. 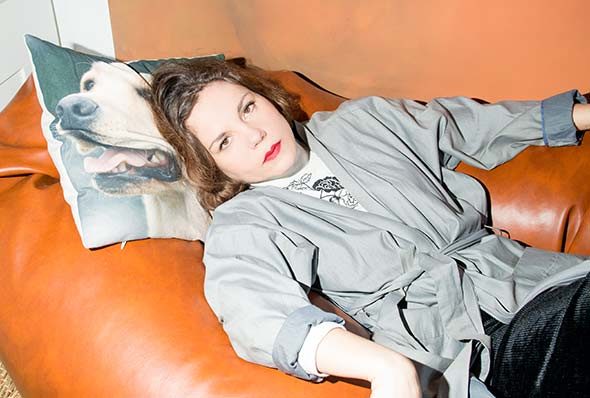 Maimon’s most recent performance ‘Modern Lives’ at Lilith Performance Studio in Malmö is billed as a choreography of daily life, wherein she investigates identity and self-construction through the figure of her mother’s alter ego, a goldsmith’s widow from the 19th century. A home milieu forms the backdrop of the piece, which functions as an eerie dreamscape for repetitions of the psyche.

As we discuss her recent work at her kitchen table, she paints her nails a tea-rose pink and tells me about what already, just from having seen her work, seems to be a fitting self-diagnosis: mirror-touch synesthesia. A condition that causes people to experience the same sensation, for example touch, as someone they are observing, this particular form of synesthesia reveals a deep capacity for empathy. “It’s a question of distinguishing where I end and the other starts,” she tells me, “a kind of phantom limb hallucination.” 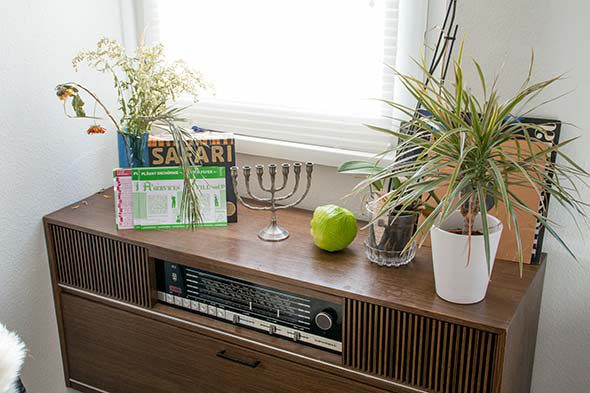 The intellectual repercussions of this condition are compelling: she talks about her understanding of relationships as entities having their own body. While a romantic relationship might end, tearing apart the two individuals involved, the body of the relationship itself remains alive in memory, a shadow of its former self. It’s these kinds of memories that are so expertly conveyed in Maimon’s work. 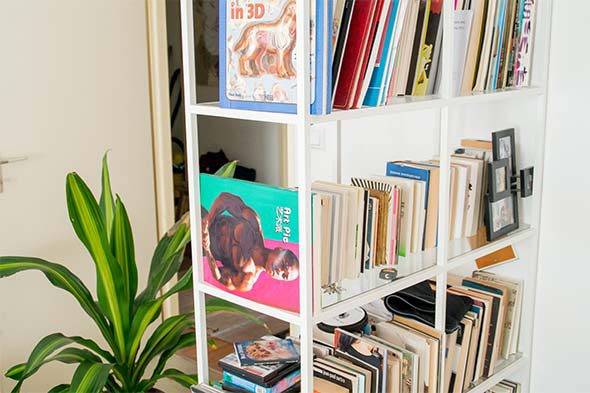 Her practice treats psychoanalytic concepts through uncanny simulations of memory and association, a mix of poetics and immaculate stagecraft. In Maimon’s 2014 video ‘Orient Express’ she dissects an advertisement for her father’s falafel shop, the first in Finland, from 1985. Occasionally obscuring the images and resorting only to closed captioning, she creates and recreates the commercial in various manifestations, as memories and realities, meanwhile blurring the distinction between the two. The original advertisement is a bizarre work of art in itself, but the layers Maimon adds to it deepen its personal and political significance. She and her sister appear as emblems of a youthful migration-integration story, uniting the, then still quite small, Middle Eastern diaspora in Finland. 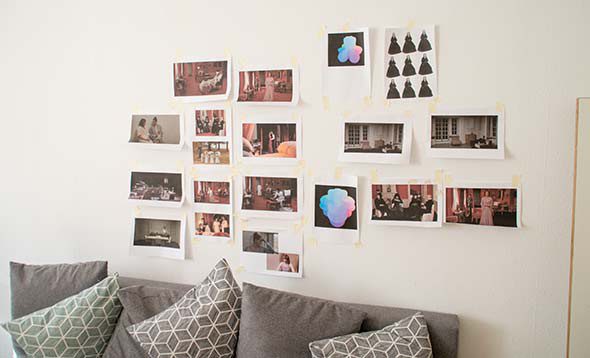 In her video and performance work, Maimon dismembers various phantom limbs-relationships that have mutated or resurfaced – through memory and play. Her mother has recently taken a prominent role, and Maimon expresses her desire to explore different communities, casting a wider range of ages and bodies in her work. Part of this concerns her feminist approach to her creative output, and part has to do with not wanting to showcase the same small social scene too repetitively. She is currently working on a performative revisitation of the ‘Orient Express’ piece, with a focus on the almost untimely diversifying dynamics of the original ad.

This Spring, Maimon will launch the ‘collaborative Gesamtkunstwerk’ Conglomerate TV online, produced with fellow artists and filmmakers Sol Calero, Ethan Hayes-Chute, Derek Howard and Christopher Kline at Kinderhook & Caracas. The makeshift TV station will include 15-minute segments by artists, appearing either as recurring shows or one-off broadcasts. Maimon and Co are currently at work on a telenovela, shot in Glasgow. 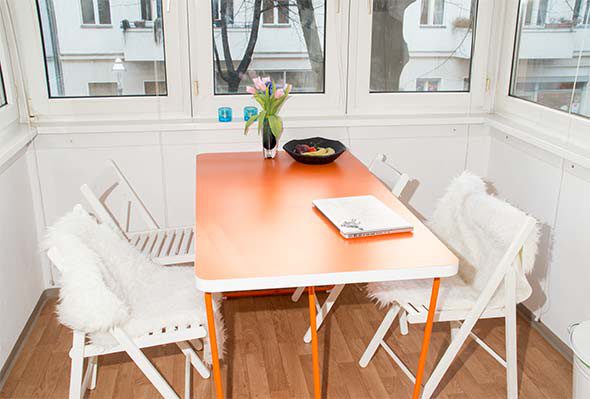 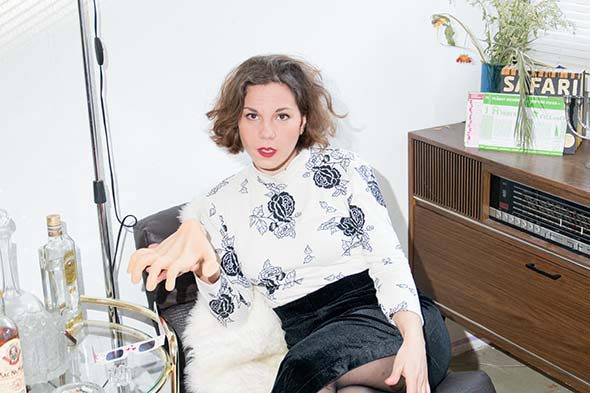 Contemporary electoral politics often resorts to the analogy of the kitchen table: it represents the metonymy of family gathering, the most lauded social form under neoliberal capitalism. Sitting in this traditional setting and discussing the dissolution of various relational forms – their psychoanalytic breakdown – proves a refreshing and intimate activity, indicative of the conceptual backdrop of Maimon’s art. The prominence of domesticity and notions of home in her work subversively expands the scope of their signification, wresting the domestic from conventional associations.