Commenting on Romanian immigration in 2014, then-president Traian Basescu affirmed that it ‘helped’ the country by diminishing unemployment. The topic is no less ardent today, when, according to British statistics, Romanian immigration has reached its peak, while Romanian workers are payed 75% less than market standards. In 2007, Matei Bejenaru staged a performance with 250 unpaid Romanians working in London, asked to contribute to an open air collective choreography, at the Tate Modern, with the support of the Romanian Cultural Institute in London. 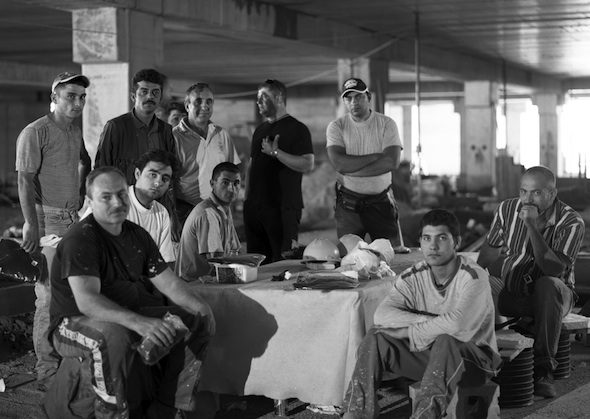 Matei Bejenaru works with immigration as subject matter, both in its social and personal, often emotional, aspects. Conceptions of futurity, utopian projections of social personas and notions of labour, geographical and political borders and patterns of identity constructions–often as memories of the distortions brought by the Communist period–are popping up performatively in the work of Bejenaru. He employs various media, like musical manifestations with choirs (‘Songs for a Better Future’, 2010), documentary images (‘Prut’, 2011 – ongoing), historical material (‘Battling Inertia’, 2010), the interview medium (‘Trupa Fara Nume’, 2014; ‘From Afar’, 2009), among others.

On April 14th at 7pm, Matei Bejenaru is invited for a discussion at the Romanian Cultural Institute Berlin. This artist talk is part of the accompanying events of the exhibition Brave New World – Romanian Migrants‘ Dream Houses, which is on display at the Museum of European Cultures in Berlin until the 24th of April. This show contains photographs by Petruţ Călinescu, Matei Bejenaru and documentary material of various researchers and specialists following the phenomena of Romanian migration. The exhibition follows mutated living practices as a consequence of financial instability and scarcity, connected to unstable migrant work.

Dysfunctional and megalomanic houses in the rural north of Romania, built overnight with money made abroad in Italy, Spain, France or Great Britain, seem like caricatures of the ‘Western’ lifestyle. Nevertheless people continue living in their old houses. The project follows this phenomenon, under scrutiny not only in the art world but also in recent anthropological research: entire villages as social prestige tokens, with uninhabited and empty living spaces on a giant scale, seem a paradox, considering that they represent the consequences of confining working conditions abroad, where people live on the limit of survival.

In the course of the artist talk at the Romanian Cultural Institute, Matei Bejenaru will introduce his multiple projects dedicated to the phenomenon of migration, conceived via film, photography and performance. This is a topic that he has dealt with extensively and revisited over the last 15 years. Bejenaru himself lives in the Moldavia region, where he teaches photography and video at the Arts University in Iasi. He founded the Periferic Biennial, which transformed from a performance festival into an international biennial and an important platform for social thinking in the Romanian art scene.

The talk at the the Romanian Cultural Institute in Berlin will be held in English. 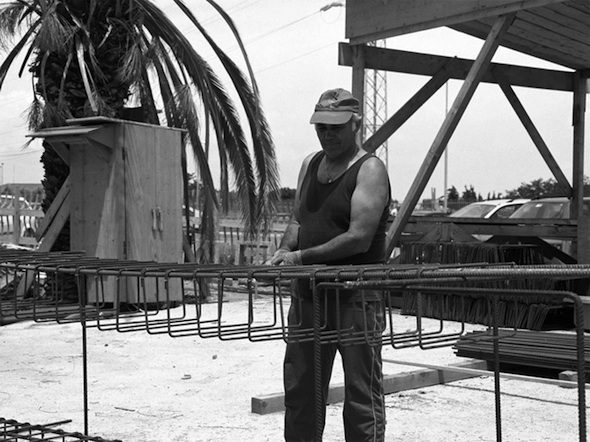